Netflix Basic with Ads is launching in November, will cost $6.99 per month

Netflix has announced its ad-supported plan, it's called Basic with Ads.  The new plan is launching next month and costs $7, as expected. 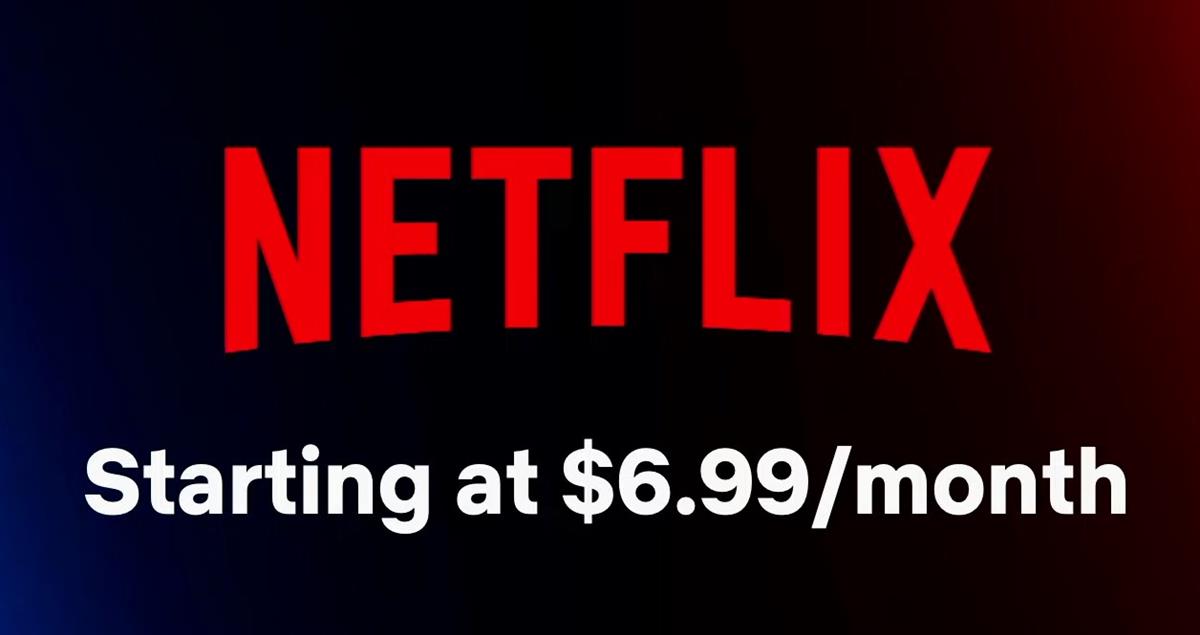 The company has partnered with Microsoft to build its ad-supported plan.  Subscribers will be able to stream content on PC/Laptop, TV, phone and tablet.  The ad-supported tier is capped to an HD resolution of 720p. One thing to note here is that Netflix Basic's resolution has been upgraded from 480p to 720p as well. 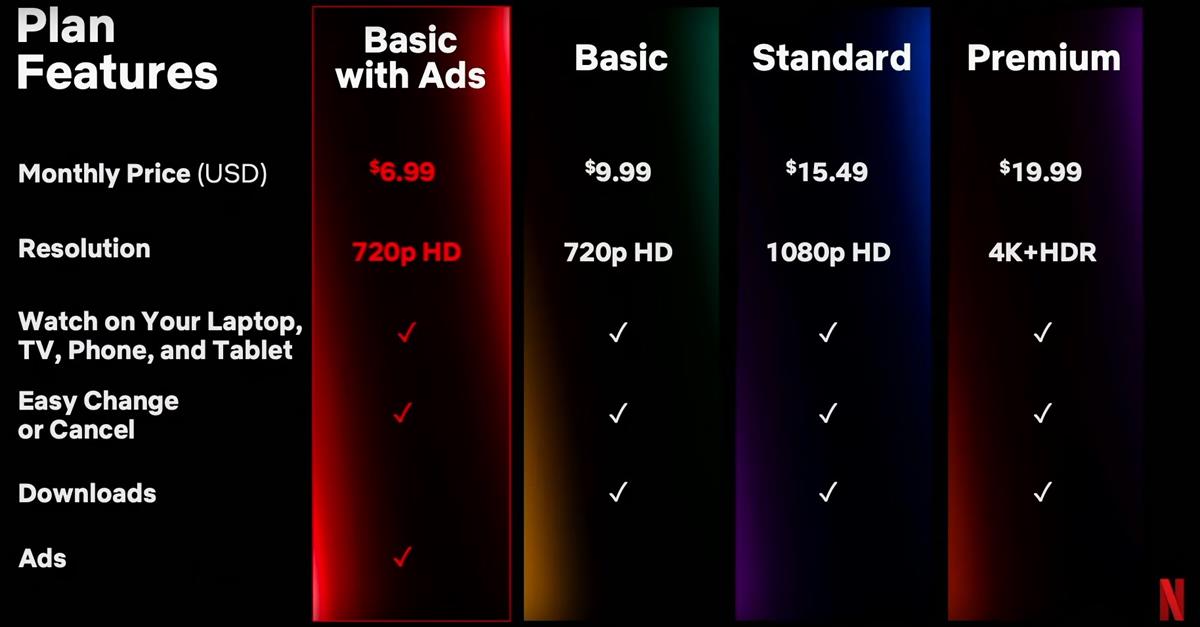 The streaming service will display video ads at the beginning and the middle of the video that you select. The video ads will play for 15 seconds and 30 seconds (20 seconds in Spain). Netflix says that it will show a maximum of 4-5 minutes of ads per hour of playback. The company says that it has adjusted the frequency of the ads to prevent repetition of the same advertisements.

Netflix's ad-supported tier will have a wide range of TV shows and movies that you can watch, but some titles will not available for streaming due to some licensing issues. This likely affects new shows and movies from third-party studios, that is understandable.

Users can upgrade to an ad-free plan or downgrade to the new ad-supported tier at anytime.

Netflix Basic with Ads will be available in 12 Countries: Australia, Brazil, Canada, France, Germany, Italy, Japan, Korea, Mexico, Spain, the UK and the US. 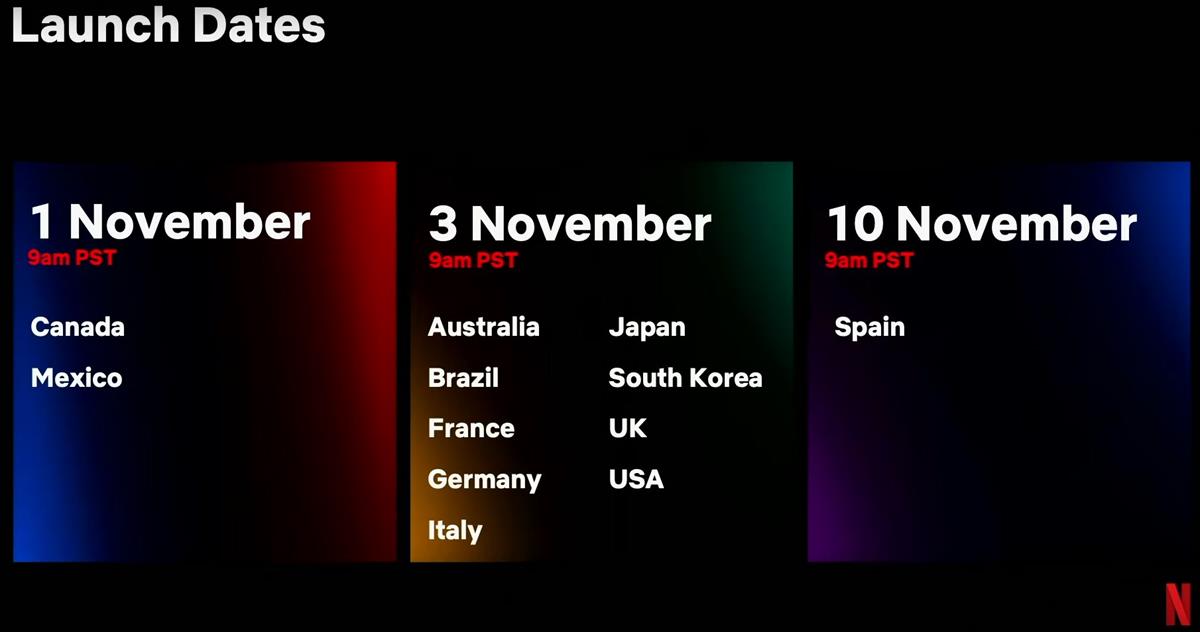 The service will debut its ad-supported tier on 1st November in Canada and Mexico. The new plan will be available for users in Australia, Brazil, France, Germany, Italy, Japan, Korea, the UK and the US from November 9th. Subscribers in Spain will be able to access the service from November 10th. 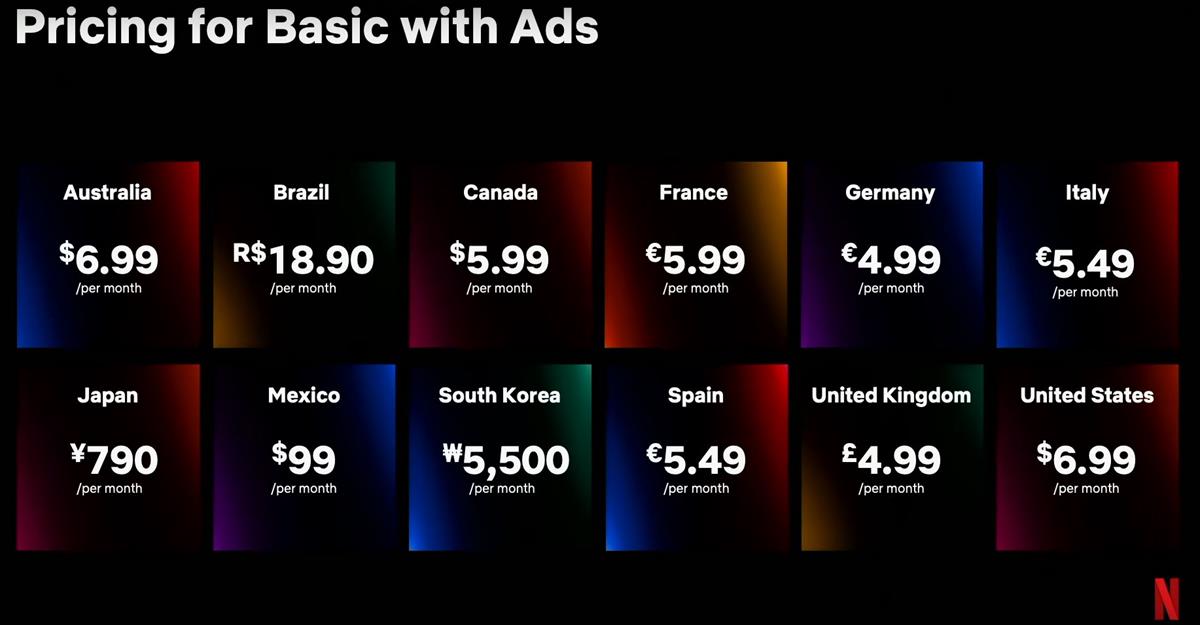 The Netflix Basic with Ads plan will cost $6.99 per month in the US. It's only $3 cheaper than the ad-free Basic plan that costs $9.99, the latter is ad-free and allows downloading shows and movies. You can learn more about the prices by selecting your Country here.

A few things to note

Netflix's press call video didn't mention some things, but a web page on the company's support portal highlights a few more limitations in the ad-supported plan. It says that users will only be able to watch videos on 1 device at a time. Subscribers can also play games offered by the service, and that games will not display ads. Netflix will not show ads on Kids profiles. 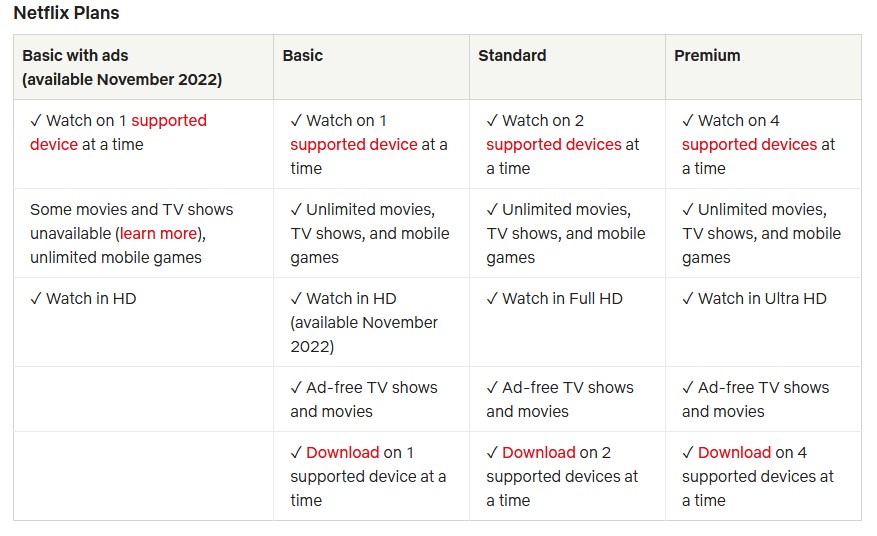 Netflix Basic with Ads will not allow users to skip ads or fast-forward them, it will however let you pause the playback. The ads are personalized for users based on their interactions, such as the genre of content that you are watching. 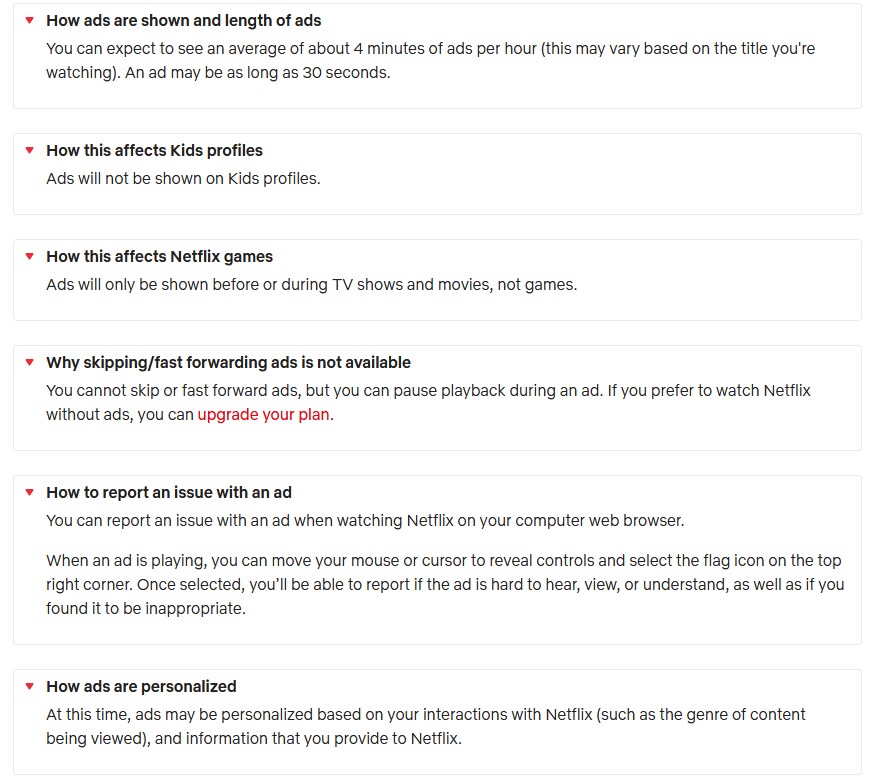 Will you be subscribing to Netflix Basic with Ads?

How to subscribe to custom Hacker News RSS feeds

Previous Post: « Waterfox G5.0 out with lots of changes
Next Post: « Netflix is rolling out Profile Transfer; an option to move a shared profile to a new account