The new Steam mobile app for Android and iOS is here. The version 3.0 update for the app brings a redesigned UI and a few additional features.

Valve had released a beta version of the app in August. The Steam app now has a tab bar at the bottom that you can use to jump to the following sections: Store, New, Steam Guard, Notifications and Menu. The tabs are customizable, you can change them from the Menu > Settings > Customizable tabs. 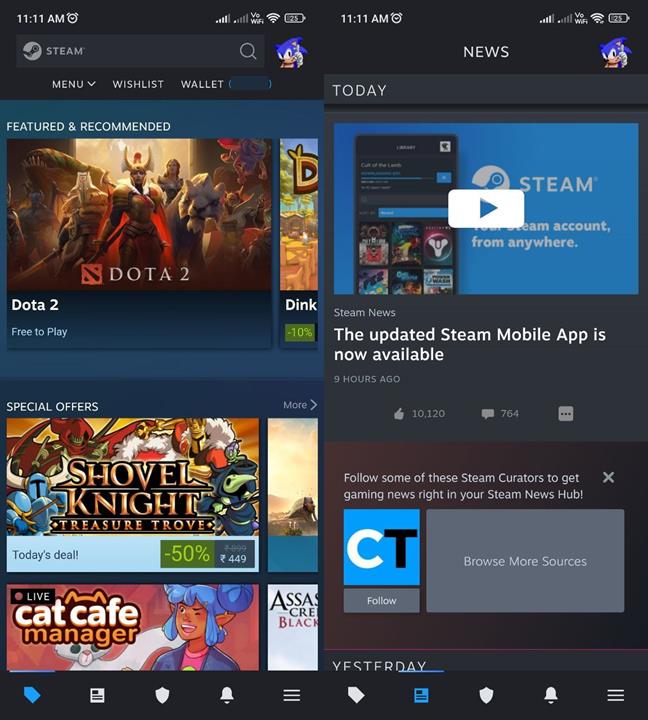 The app Steam has a persistent search bar and menu bar, these elements stay at the top of the screen as you browse the store. The search bar displays results as you type your query. You can navigate the various sections of the storefront from the Menu bar or access your wishlist. It also shows your Steam wallet balance. 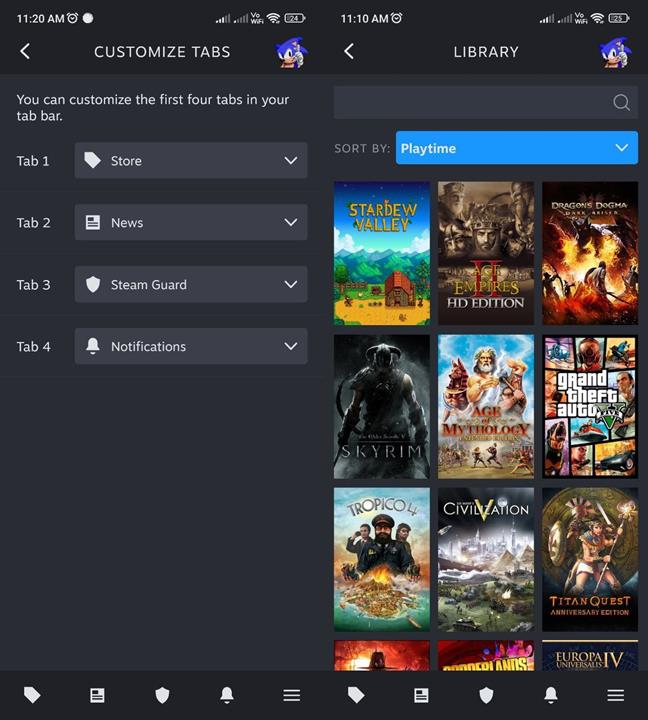 By default, the new Steam app uses the Steam Guard section as its home page. You may change this behavior from the Settings page, for instance, if you want it to show the Store or Wishlist page when the app starts. The Steam Library section can be accessed from the Menu page, sadly it no longer has a list view, so the card view is the only way to view your game collection. 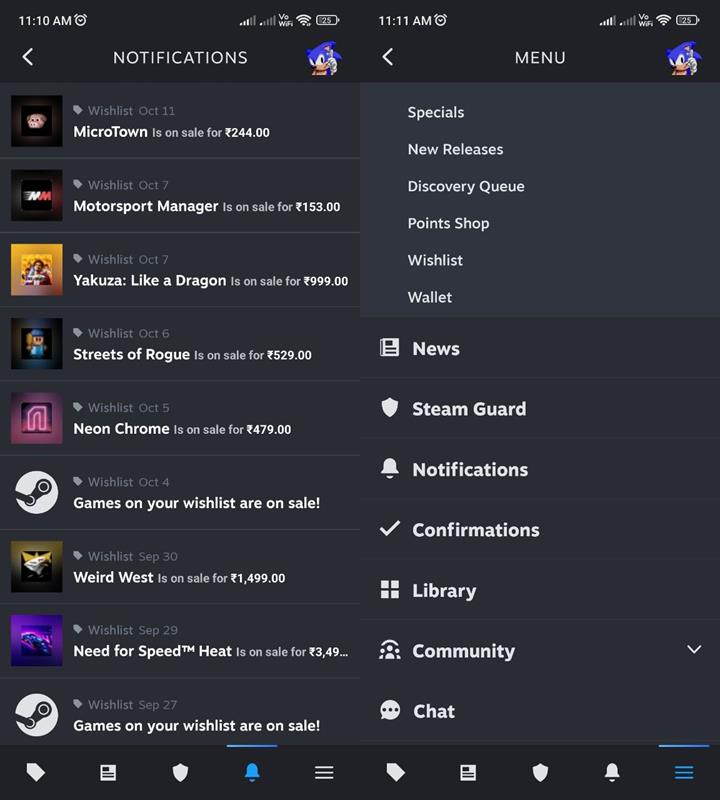 Steam Guard, which is used for 2-factor authentication, now lets you log in to the web version on your desktop by scanning a QR code displayed in your browser. When the app scans the code, it will display a map with your location, IP address, etc. Tap the "Sign in to Steam" button, and it automatically logs you on to the site. This is essentially a passwordless login system. Yes, you don't have to enter your username or password in the browser, it's quite convenient. The QR code sign-in method is optional, you can still use the app to get Steam Guard codes. 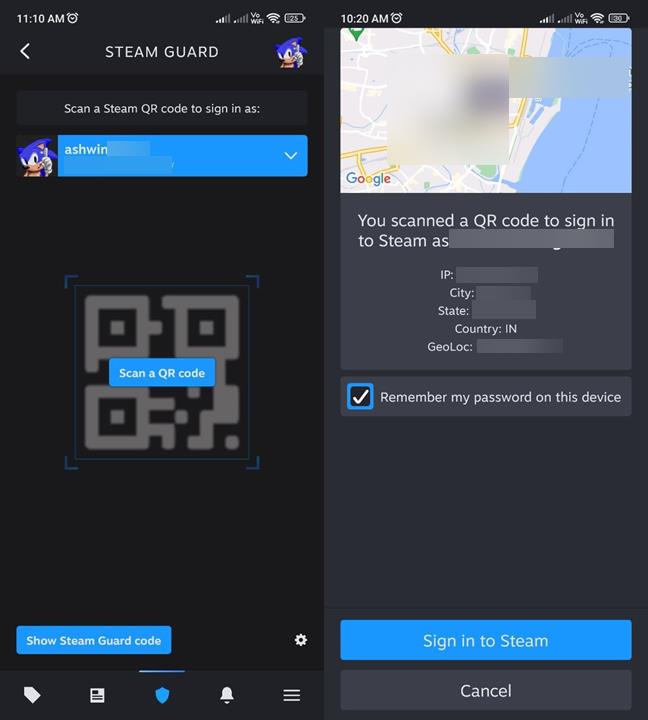 Valve says it is working on adding the feature for the Steam Deck.

The new Steam app does not support Chat. Valve has removed the feature, and is pointing users in the direction of its standalone Steam Chat app for Android and iOS.

Download the new Steam mobile app from the Google Play Store, the iOS App Store or directly from Steam. The app will ask you to login after updating to the new version, but don't be alarmed if it doesn't ask you to enter the Steam Guard code, it recognizes your device from the previous version.

If you don't like the new app, you can disable automatic updates for it, and continue using it until Steam decides to end support for the old version. However, if you update to the new version, and want to go back, you can only do so by using an APK of the old version. Android users can backup the current version (v 2.3.13) of the Steam app by extracting the APK with a tool such as APK Explorer & Editor (open source). Open the app and navigate to Apps > Users page, and look for the Steam app. Long press on it and select Export to Storage. Go to the APK page, it should list the Steam app, long press on it and tap save to downloads.  The APK will be saved in your phone's Download folder.

You can read the official announcement about version 3's release on Steam's website, for more details.

If the new Steam app seems to be slow in terms of scrolling and performance, or non-responsive at times, close it and restart it after a few minutes. This fixes the lags in most areas, but the Wishlist section's scrolling is still quite jittery.

How to optimize Windows 11 for windowed games