Google released Chrome 105 to the Stable channel for Linux, Mac and Windows today. The new version of Chrome fixes 24 different security issues in the browser, including one that is rated critical and eight vulnerabilities rated high. 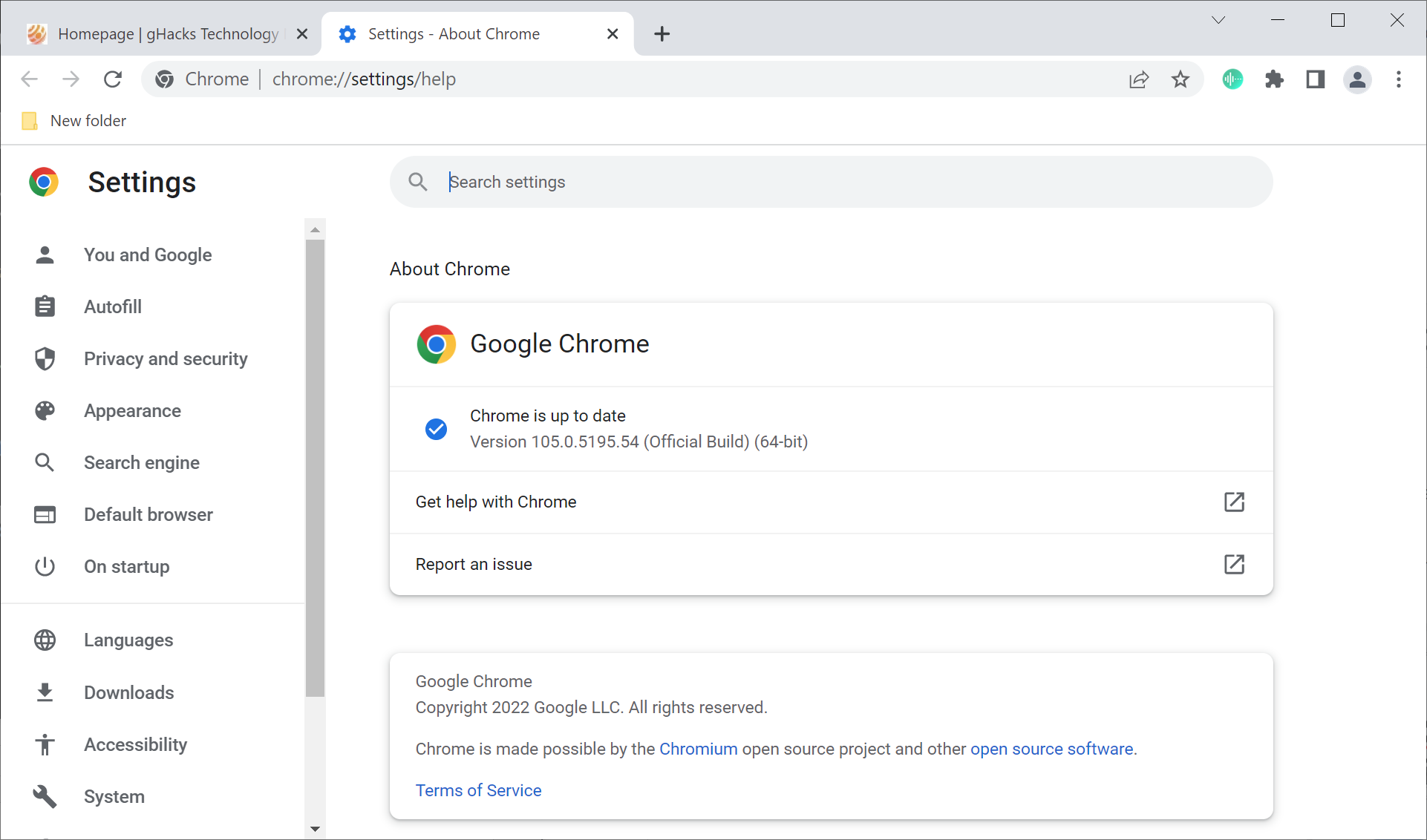 Updates are also available for Chrome's Extended Stable channel and for Chrome Stable for Android. As always, updates will roll out automatically to most devices Chrome is installed on.

Chrome users who want to expedite the updating process may load chrome://settings/help in the browser's address bar to run a manual check for updates; this works only on desktop systems and not on Android.

Google Chrome should pick up the new version at this point and install it. The page displays the current version as well.

Chrome 105 is another update that makes most of its changes in the background. It is a security update first and foremost. Google notes on the official Chrome Releases blog that 24 different security issues are addressed in the update.

One of the issues is rated critical, the highest rating. Google makes no mention of exploits in the wild, which reduces the urgency of updating to the new version somewhat.

Chrome's Platform Status website lists 25 features for version 105 Stable. While that may sound exciting, most introduce new API capabilities or make behind the scenes changes to the browser. In fact, if you are not a developer, you may encounter no visible changes or new features at all.

Google highlights the changes for developers on its Developer blog. There, the company notes, that developers may now use the new Sanitizer API to "help reduce cross site scripting vulnerabilities", container queries, and that additional steps have been taken to deprecate WebSQL.

To sum it up: if you have Chrome installed, you may want to upgrade the browser to the new version as soon as possible to protect it from attacks that exploit the recently patched security vulnerabilities.

Now You: do you have Chrome installed on your devices?