Google Chrome is getting an RSS feed reader on desktop

Google introduced a built-in RSS reader in Chrome for Android last year. And now, the feature is on its way to Chrome for desktop and ChromeOS. 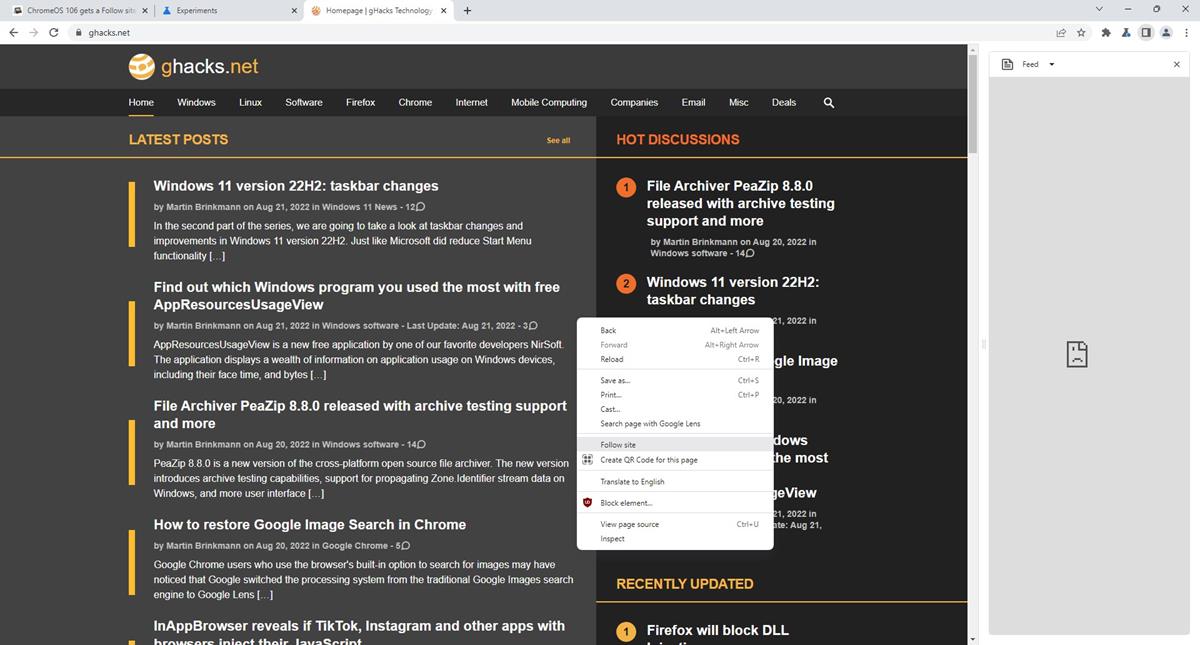 The feature was spotted in the browser's source code by About Chromebooks (via Android Police) in ChromeOS 106. It was referred to as "Web Feed".

The blog contacted a Google Chrome Engineer, Adriana Porter Felt, to inquire whether this web feed refers to RSS feeds. She confirmed it, and added that Google Reader will also pull content from sites that don't have an RSS feed. That's quite intriguing, and can be handy for browsing latest articles from multiple sites quickly without sifting through dozens of tabs.

The engineer also stated that the feature is a work-in-progress, and that the mobile version needs to be improved before it will be ready on desktops. The target seems to be Chrome 106, which is set to be released in late September.

So, how does it work? On Android, you can access your Feed by opening a new tab. The RSS Reader on Chrome doesn't appear on the new tab page, it's available via the sidebar.

Google Chrome's RSS Reader is currently accessible in the Chrome 106 Dev Channel build and ChromeOS 106. But it doesn't work just yet. If you want to enable the context menu option, you can do so by downloading the latest build of the browser from the official website.

How to enable the RSS Feed Reader in Google Chrome

2. Search for the word feed, or just use the following URL.

3. You should see an option that is labeled "Following feed in the sidepanel". The flag is set to its default value, which is disabled. 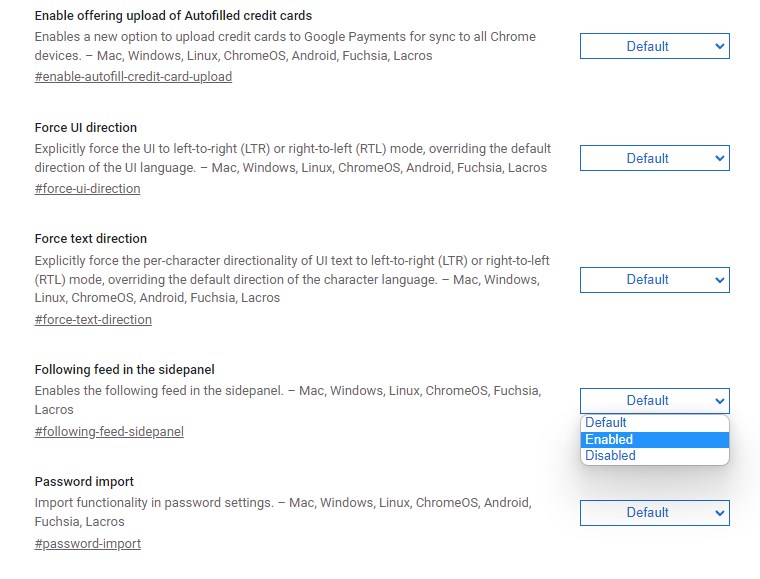 4. Click on the drop-down menu next to it, and set it to enabled. You will need to restart the browser to apply the changes.

5. Go to a website that supports RSS feeds, e.g. https://www.ghacks.net/

6. Right-click anywhere on the page, and you should see the "Follow Site" option. Click on it to add it to your Feed.

7. Click on the side panel button in Chrome's toolbar. This is the same panel that contains your Reading List and Bookmarks.

8. Hit the drop-down menu, and select the new option, Feed. 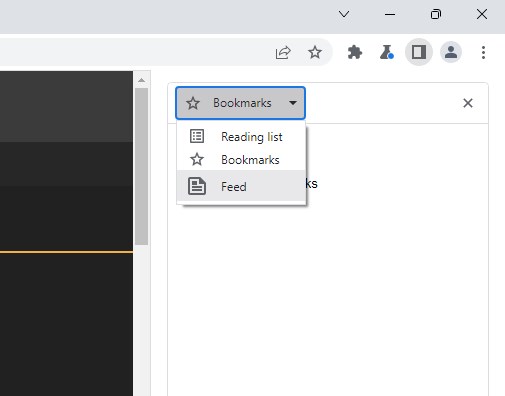 As I mentioned earlier, the Feed interface doesn't load, it just gives an error that says, "www.google.com refused to connect." But the existence of the option serves as proof that the feature is on the way.  If it is to ship with the stable version of Chrome 106 next month, we can probably expect the RSS reader to start working soon.

Once available, it will likely make its way into other Chromium-based browsers, though Vivaldi and Edge have their own built-in RSS readers. I think the Google Reader for desktop looks similar to Edge's discover pane in that they both use the sidebar, however, the option to manually subscribe to feeds should give Chrome's version the advantage.

It's good to see RSS gaining importance again, but all these options are tied to a specific browser, I feel that a cloud-based, cross-platform aggregator maybe a better option, you know like the original Google Reader.

Do you use RSS readers?

Previous Post: « How to restore Google Image Search in Chrome
Next Post: « Websites may write to the clipboard in Chrome without user permission