Recently, ProtonMail experienced an outage spread across three days that prevented users from accessing their inbox. Now, some users have a similar issue, as Microsoft Edge's SmartScreen is blocking them from viewing their mails.

In case you didn't know, Proton rebranded its services under a unified branding called Proton.me a couple of months ago. While your email address remains the same (e.g. [email protected]), the website itself has moved to Proton.Me. If you try to visit Protonmail.com, it will redirect you to Proton.me.

Try to visit https://proton.me/ in Edge, it will load the page normally. This applies to most of the links on the site, including the login portal, account.proton.me. You can sign in to your account too, but that's where the issue occurs. If you try to access https://mail.proton.me/, you will be greeted by a red screen with a warning that reads,

When a user sees a message like that, they could panic and assume that the website has been hacked or infected with malware. That's how SmartScreen is designed to work.

The website for the company's cloud storage service, Proton Drive, is also impacted by the issue. On the other hand, Proton Calendar and ProtonVPN's websites seem to be unaffected. Proton Status' website only shows some issues related to the company's VPN services, i.e., the e-mail service is fully operational.

So, the question is has Proton been hacked?

No. Proton says that a bug in Microsoft Edge's SmartScreen is flagging the URLs incorrectly, and that it has contacted the Redmond company to fix the issue. Proton also took a cheeky swipe at Microsoft Edge by recommending users to use a different/better browser, as a workaround.

Speaking of other browsers, I had no trouble accessing ProtonMail in Firefox, Safari, Vivaldi, Waterfox, and Chrome. They all load the same servers, so this problem is isolated to Edge, and not limited to the OS, i.e. when I tried to access it, Edge blocked the sites in both Windows and macOS.

I don't think it is a good idea to disable SmartScreen, because you never know when a website could really be dangerous. If you really need to access your inbox in Edge without turning the security feature off, visit Proton's site, and then click on the ! Dangerous icon in the address bar. Select the button that says "Show unsafe content", and it should load your inbox. The issue is, you will have to do this every time you access the site.

Warning: I wouldn't advise following the above method every time you run into blocked sites, for security reasons.

On a sidenote, the Proton Drive app for Android is now available on the Google Play Store for beta testing. The iOS app's beta program The Per the roadmap which we wrote about, Proton Drive for Windows and iOS

Do you use ProtonMail in Microsoft Edge? 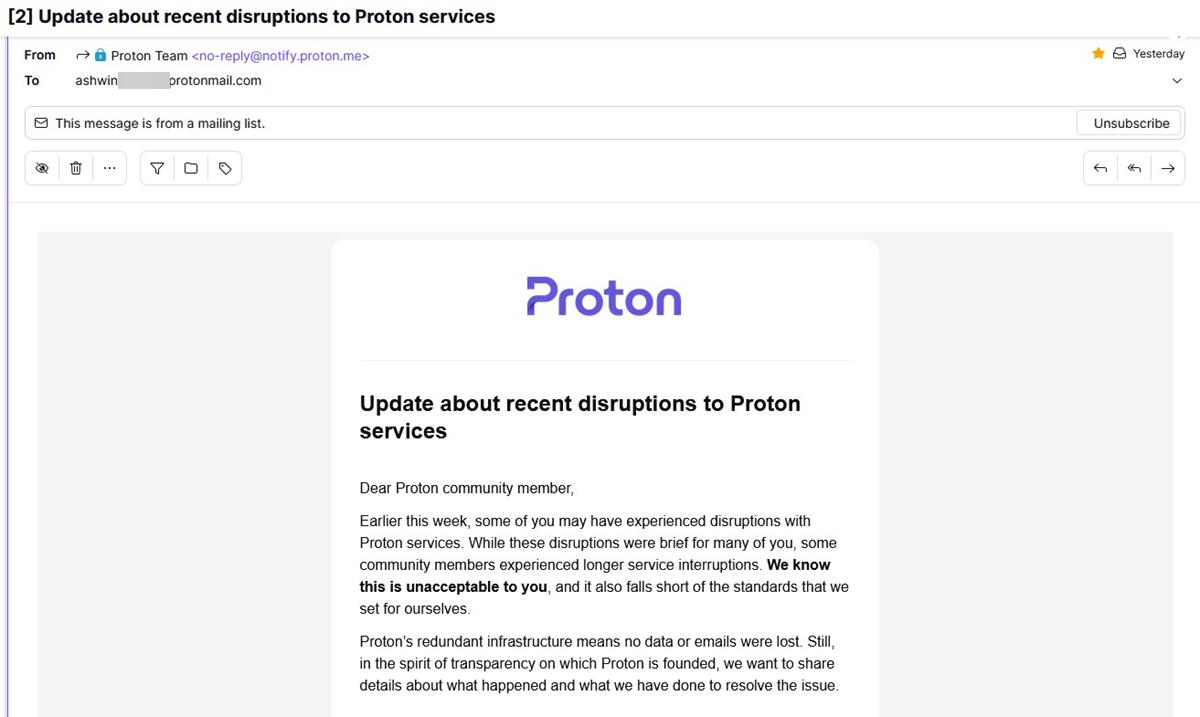