Windows 10 Setup Script has a new name and is now easier to use - gHacks Tech News
ghacks.net

Remember Windows 10 Setup Script? I reviewed the PowerShell script in August 2020; it was designed to be run right after the installation of Windows 10 on a device to adjust more than 250 different settings and features. One of the main issues back then was that everything, meaning code and switches, was integrated into a single script.

Since it was advised to go through the script before running it to customize it to make sure that features that you wanted to use remained enabled, it was problematic as you'd have to identify the switches that did that and ignore the surrounding code.

The developer of the script has renamed Windows 10 Setup Script to Sophia Script. More interesting than the new name is the fact that it is now easier to use as the switches or presets have moved to a new script.

Take a look at the screenshot below; the new preset script lists descriptions for each option and the actual function only, but no code. All you have to do is put a comment symbol in front of any preset that you don't want executed by the script, and remove the comment symbol if it is already in place. Not all functions are executed by default, and it is definitely necessary to go through the list once to customize the functionality accordingly. 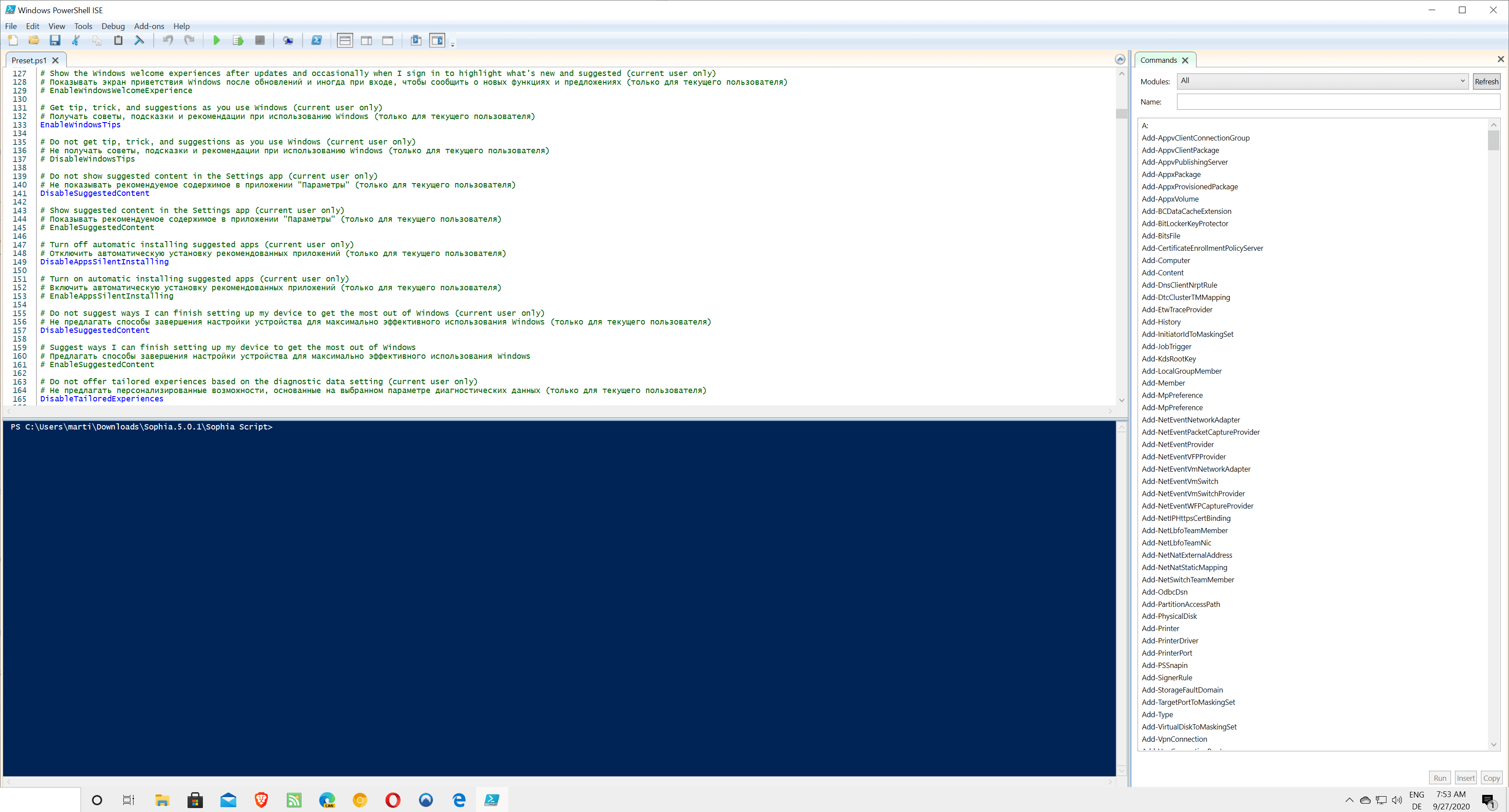 While that still means that you have to go through the list of presets before you run the script, it is easier now and less confusing, especially to users who don't use PowerShell or inexperienced when it comes to scripting or coding languages.

To get started, download the latest version of the script from the project's GitHub website. Extract the archive on the local system, and edit the preset file in a text editor or editor that supports PowerShell.

You may run the script then once you have saved it, e.g. by copying it to the new Windows 10 machine right after installation. To do so, open an elevated PowerShell window, change the Execution policy for PowerShell scripts for the current session by running Set-ExecutionPolicy -ExecutionPolicy Bypass -Scope Process -Force, and then run the script by executing .\Preset.ps1.

The developer published a video on YouTube that shows the script in action:

Now You: do you modify newly installed operating systems? Which tools do you use for that, if any? (via Deskmodder)