Google One apps' backup feature is now free on Android, but who is going to use it? - gHacks Tech News
ghacks.net

Google One apps' backup feature is now free on Android, but who is going to use it?

Google revealed yesterday that it unlocked the backup feature of its Google One for Android application so that all Google customers may use the backup even if they have no Google One subscription. While the application has not been updated yet, at least not on the devices that I tried, it is becoming an option for all users.

Google users get 15 Gigabytes of storage with their accounts; the storage is shared across Google services such as Gmail or Google Drive, and Google One uses that storage as well for the backups.

A core question that may come to the mind of Google users who are not subscribed to Google One is whether they should use the service, and how it differs from using Android's native backup system.

Android's native backup functionality, as of Android 9, backs up the following data:

Google is vague when it comes to the backup functionality of its Google One app on Android:

On Android, Google One can automatically back up your photos, videos, contacts, messages, notes and more.

Photos and videos are not backed up by default by the Android backup feature, but users may enable it under Settings > System > Backup > Google Photos, at least on Android devices that keep the default options. Mileage may vary on devices from manufacturers as these may integrate their backup systems instead. 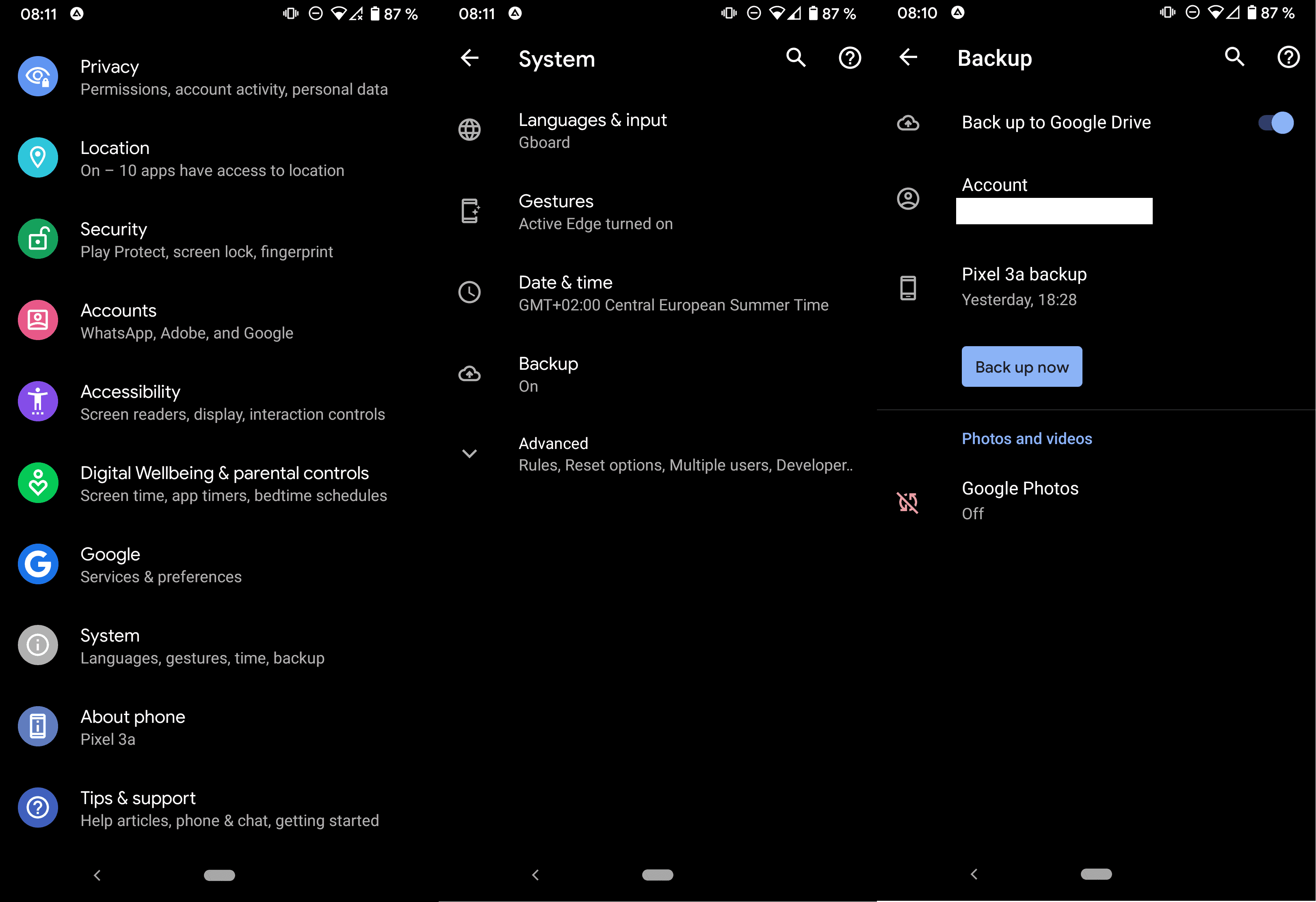 Google may have its eyes on these devices specifically with the announcement, as backups to Google Drive may not be baked into these devices. The company may use the functionality to provide an Android alternative to Apple's iCloud system but it is likely not the only reason why Google decided to free the backup feature of its Google One application from the subscription-requirement.

Android users who install the Google One application and don't subscribe to the service have 15 Gigabytes of storage that is shared across all services that  they use. That may be sufficient for some, but most users will probably hit storage quotas quickly especially if photos and videos are added to the device regularly. At least some users will accept Google's offer to subscribe to a Google One plan to increase the available storage.

Now You: do you back up data on your mobile devices regularly?

Article Name
Google One apps' backup feature is now free on Android, but who is going to use it?
Description
Google revealed yesterday that it unlocked the backup feature of its Google One for Android application so that all Google customers may use the backup even if they have no Google One subscription.
Author
Martin Brinkmann
Publisher
Ghacks Technology News
Logo

Previous Post: « Google is now auto-deleting some activity, but it is not enough
Next Post: How to hide Google Meet on Gmail's web interface »