The developer of the open source tool Ventoy has released version 1.0.15 of the application. The new version introduces support for GPT partitions, improves ISO support, and adds other features to the program. 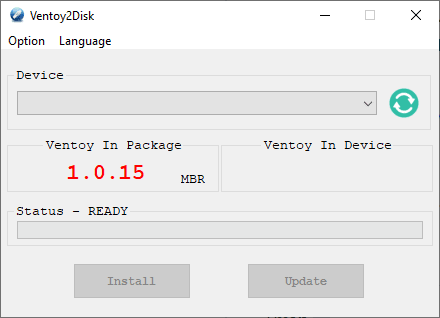 Ventoy is a new application. We reviewed it back in April 2020 when it was released and then again in June 2020 when new functionality was added to the application.

Ventoy is a tool to create bootable USB media. What separates it from other solutions of its kind is that it uses ISO images for that instead of extracted files. Another difference to most solutions is that it supports multiple ISO images that you can put on the same USB device. The program detects these and displays a boot menu when the computer is started so that users may pick one of the available operating systems or tool discs during the process.

The developer extended support significantly in the past couple of versions. UEFI Secure Boot support was added in Ventoy 1.0.07, auto installation supported in version 1.0.09, persistence support in 1.0.11, and WMI file support in 1.0.12.

Ventoy 1.0.15 adds support for GPT partitions to the program. The developer published a support article that provides details on the differences between MBR and GPT in Ventoy. Basically, the core differences are:

Ventoy users may switch the partition style with a click on Option > Partition Style and the selection of MBR or GPT in the menu.

Existing users of Ventoy may notice that the program is not set to be always on top anymore in the new version. Other improvements include optimized support for booting Debian distributions, and support for additional ISO images.

The total number of officially supported ISO images is over 200 at the time of writing. You can check out the entire release notes of the new version of Ventoy here.

Now You: Have you tried Ventoy in the past? Or do you prefer a different tool to create bootable media?