The update is an optional update and most Windows customers may want to ignore it for now as it will be included in next month's Patch Day to avoid issues that it may introduce.

Windows administrators who install it should back up the system before doing so to get a restore option that is independent from the options provided by Windows. 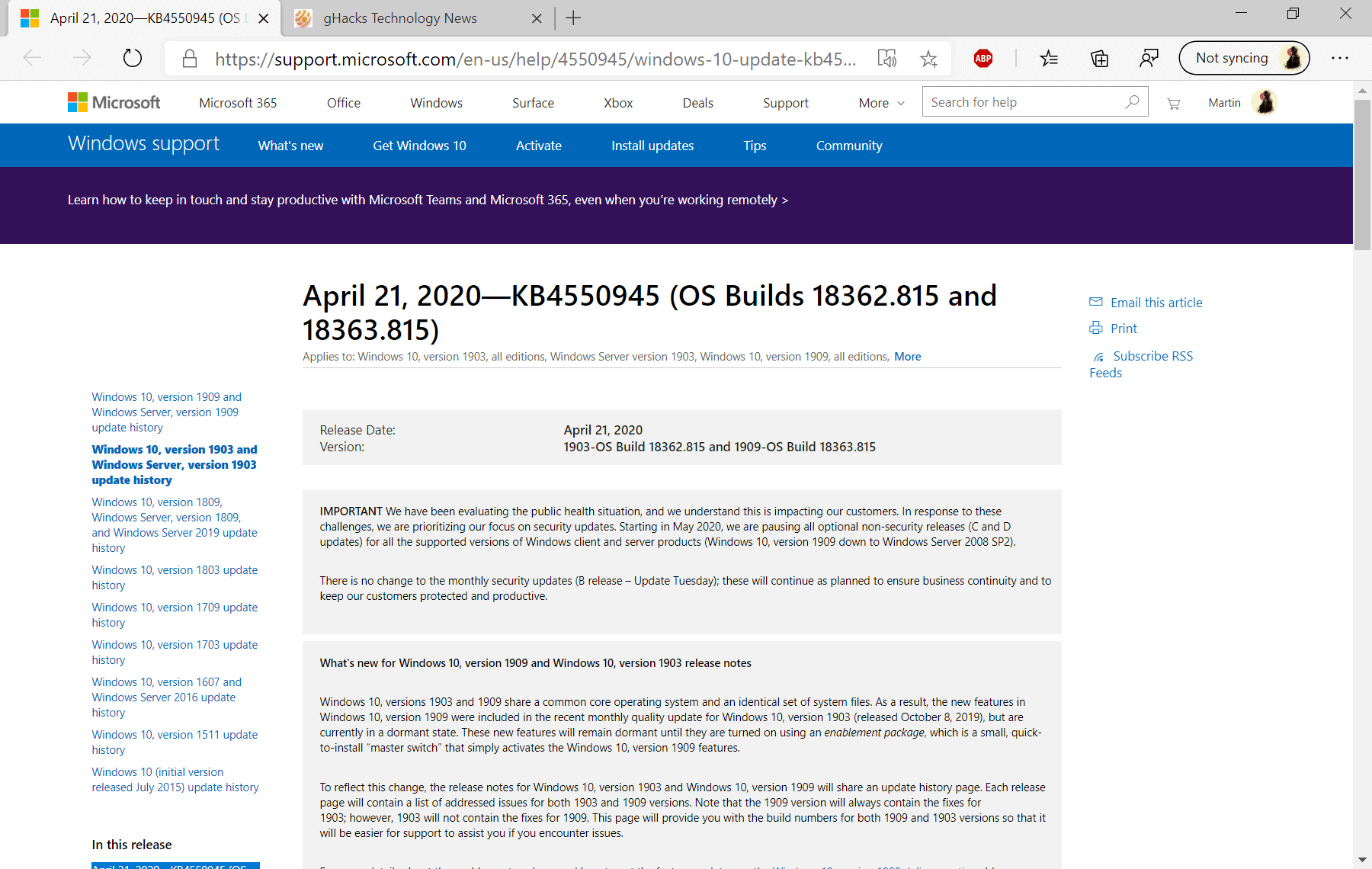 The update is identical regardless of whether it is installed on Windows 10 version 1903 or 1909.

Here are the improvements, fixes, and changes:

Microsoft announced some time ago that it won't release optional updates for Windows anymore (for the time being) starting next month.

Now You: have you installed the update? What is your experience?