Microsoft announced yesterday that support for the company's Windows 10 version 1709 operating system has been extended by six months so that it is supported until October 13, 2020.

Enterprise, Education and iOT Enterprise editions of Windows 10 version 1709 are still supported while Home editions, Pro and Home for instance, are not. Microsoft ended support for these editions on April 19, 2019 already.

Support for Enterprise and Education versions of Windows 10 version 1709 was scheduled to run out on April 14, 2020 initially (after the Patch Tuesday of April 2020). 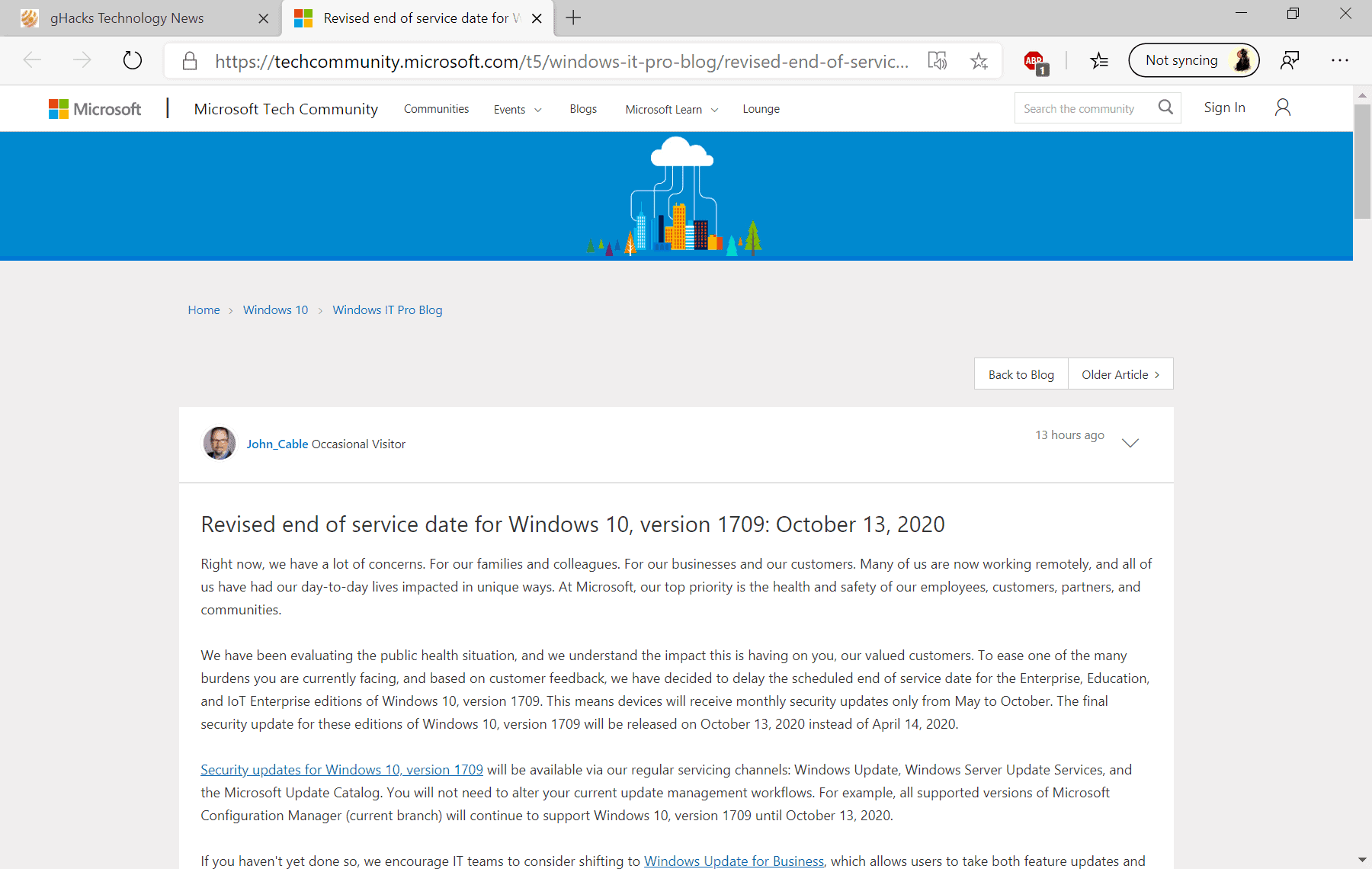 Microsoft explains that the current Coronavirus situation in the world is putting a toll on everyone. Many system administrators and IT workers work remotely and to reduce the workload that these IT workers have, Microsoft decided to postpone the end of support by six month.

We have been evaluating the public health situation, and we understand the impact this is having on you, our valued customers. To ease one of the many burdens you are currently facing, and based on customer feedback, we have decided to delay the scheduled end of service date for the Enterprise, Education, and IoT Enterprise editions of Windows 10, version 1709. This means devices will receive monthly security updates only from May to October. The final security update for these editions of Windows 10, version 1709 will be released on October 13, 2020 instead of April 14, 2020.

Microsoft will continue to produce security updates for versions of Windows 10 version 1709 until October 2020. These updates will be made available on the usual channels including Windows Update, WSUS and the Microsoft Update Catalog.

Now You: Do you run Windows 10? Which version and why?

Martin Brinkmann is a journalist from Germany who founded Ghacks Technology News Back in 2005. He is passionate about all things tech and knows the Internet and computers like the back of his hand. You can follow Martin on Facebook or Twitter
View all posts by Martin Brinkmann →
Previous Post: « Microsoft releases Windows 10 updates KB4541329, KB4541330, KB4541331 and KB4541333
Next Post: Microsoft unveils DirectX 12 Ultimate »