SETI@Home's Search for Extraterrestrial Intelligence comes to an end

SETI@Home will go into hibernation on March 31, 2020. The distributed computing project was launched in 1999 to analyze data provided by the radio telescope Arecibo in Puerto Rico. Later on, data from the Green Bank Telescope in West Virginia and Parkes Observatory in Australia were added.

SETI@HOME -- SETI stands for Search for Extraterrestrial Intelligence -- broke down the signals into packets which it then distributed to connected computer systems. These computer systems, often operated by volunteers from around the world, would then be used to analyze the data and transfer results back to the project. 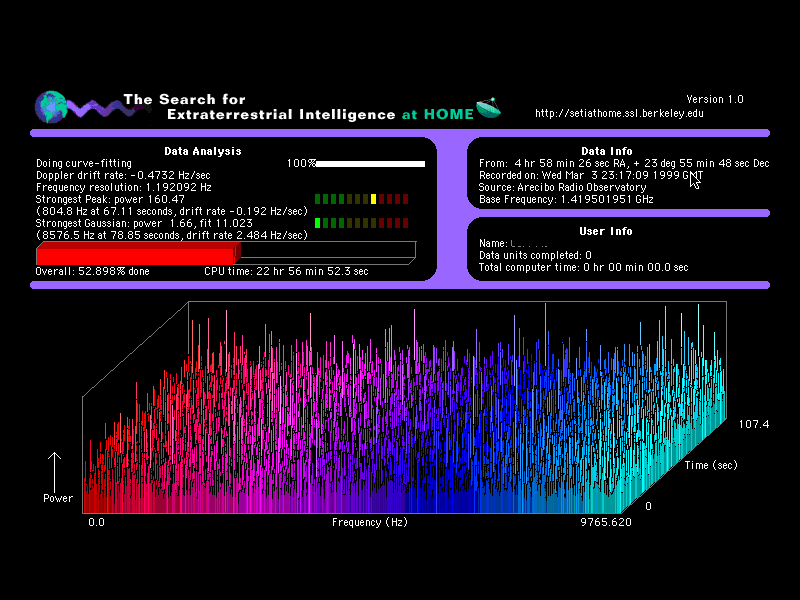 The project will go into hibernation on March 31, 2020; the volunteering computing part will stop distributing work.

The project maintainers at UC Berkeley provide two reasons for the decision:

Hibernation means that the project is not disappearing from the face of the earth. The project website and forums remain open and the distributed computing resources of SETI@Home may be used by other scientific research projects to focus on areas such as "cosmology or pulsar research". Seti@Home may start distributing work again if that happens and the project team will make an announcement if a new research project has been found.

Seti@Home has about 1.8 million users at the time of writing and an average of 148,000 machines that run the software. The software was very popular when it first launched and installed on millions of devices in the early years. The project switched the infrastructure to BOINC (Berkeley Open Infrastructure for Network Computing) in 2004, a move that was not liked by all users. SETI@Home is by far the most popular BOINC project.

Now You: Do you contribute your computing powers to research projects?

Martin Brinkmann is a journalist from Germany who founded Ghacks Technology News Back in 2005. He is passionate about all things tech and knows the Internet and computers like the back of his hand. You can follow Martin on Facebook or Twitter
View all posts by Martin Brinkmann →
Previous Post: « Vivaldi introduces Tracking blocker functionality in latest build
Next Post: Microsoft adds Chrome themes support to new Edge browser »