Microsoft revealed today that it plans to install an extension in Google Chrome called Microsoft Search in Bing for some customers that will make Bing the default search engine in the browser automatically.

The move, which may remind some users of tactics used by the "old" Microsoft, forces Microsoft's extension on systems of Office 365 ProPlus users in select locations (according to Microsoft, in Australia, Canada, France, Germany, India, United Kingdom and United States).

To give one example: Microsoft installed an extension in Firefox in 2010 automatically, also linked to the Bing Search engine, with an update for the company's Windows operating system. 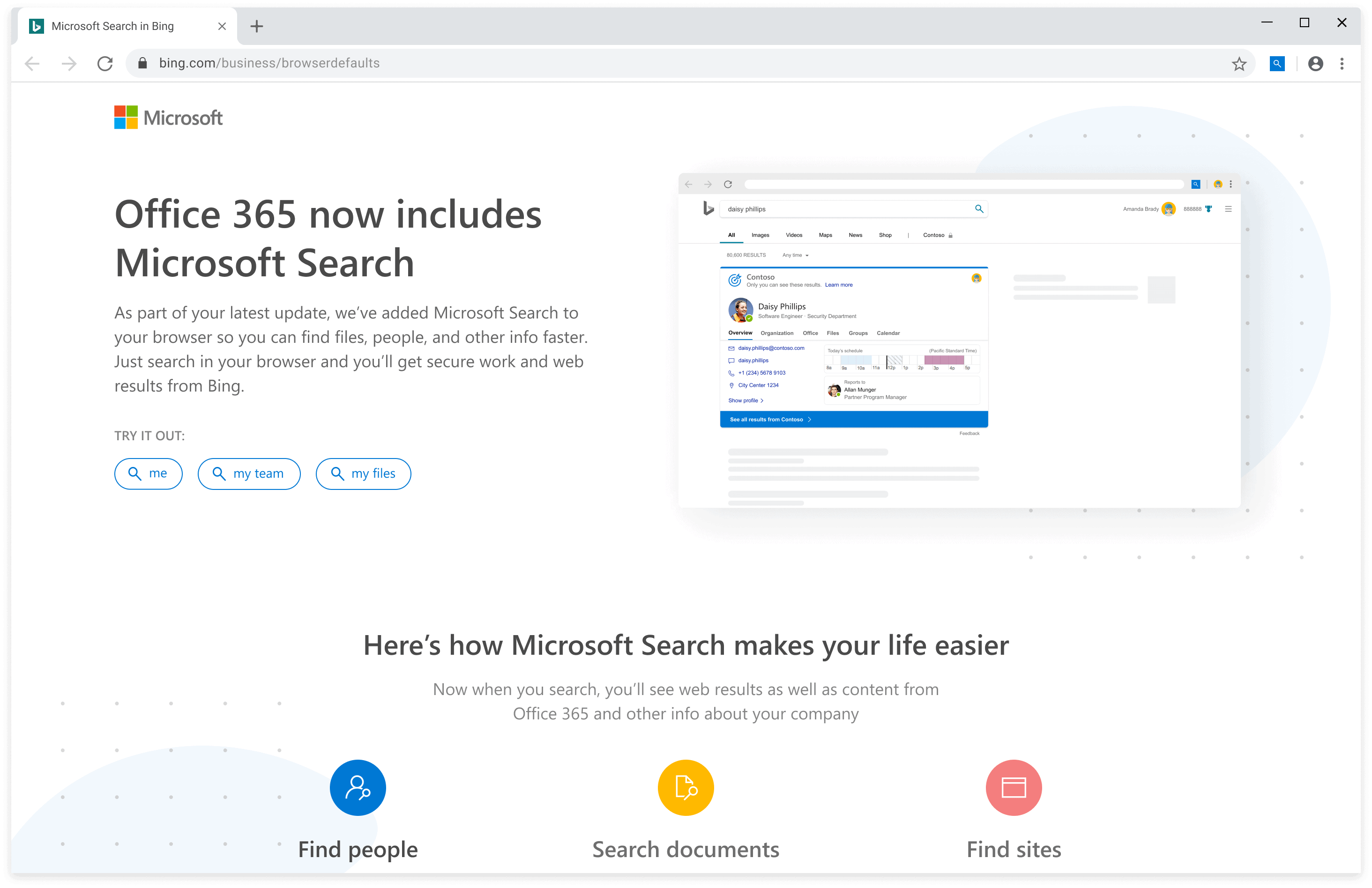 The company points out that customers may start to "take advantage of Microsoft Search" when Bing is the default search engine so that they may "access relevant workplace information" directly in the browser's address bar.

By making Bing the default search engine, users in your organization with Google Chrome will be able to take advantage of Microsoft Search, including being able to access relevant workplace information directly from the browser address bar. Microsoft Search is part of Microsoft 365 and is turned on by default for all Microsoft apps that support it.

Admins may run the following command to remove the extension again:

Admins may set the value in the Registry to block the installation:

It is one thing to make customers aware of new functionality that they may not be aware of, another to make changes forcefully in third-party programs that may affect user workflows or preferences. It is likely going to backfire on Microsoft.

Users who set Bing as the default in Chrome don't need the extension as they are all set up already. The extension won't be installed in this case.

Now you: what is your take on Microsoft's strategy to get customers to use Bing / Microsoft Search?

Article Name
Microsoft will install a Bing Search extension in Chrome on some customer systems
Description
Microsoft revealed today that it plans to install an extension in Google Chrome called Microsoft Search in Bing for some customers that will make Bing the default search engine in the browser automatically.
Author
Martin Brinkmann
Publisher
Ghacks Technology News
Logo