Rumor: Windows 10 Store for Business and Education are going away

When Microsoft launched the Windows 10 operating system in 2015, it included a Windows Store application designed as a central repository for applications and other offers. One of the main ideas behind Windows 10 was to get users to shift from using Win32 applications -- the classic Windows programs -- to Windows apps that were distributed via the Store.

The strategy backfired as users and organizations ignored Store applications for the most part. Microsoft did launch separate stores for businesses and for Education, called Windows Store for Business and Store for Education, but these too were underachievers.

The two stores were designed to give administrators additional options in regards to distributing applications and use them to manage custom applications. 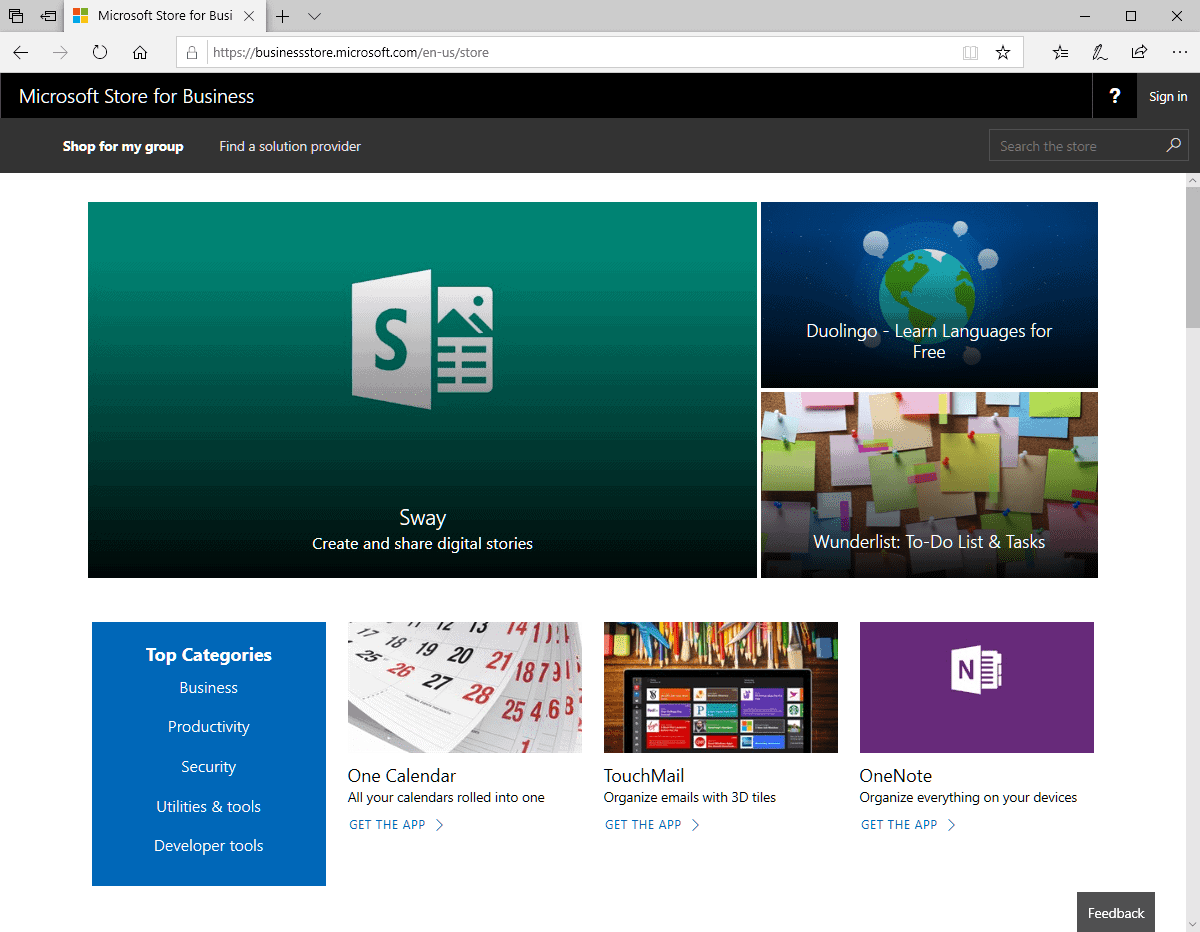 It appears that the time has come for the Windows Store for Business and Education. A new article on ZDnet by Mary Jo Foley suggests that Microsoft may deprecate the stores this year. Mary Jo cites unnamed sources within Microsoft but Microsoft has not provided an official statement regarding the two stores.

Microsoft shifted its strategy in regards to the main Microsoft Store (formerly known as Windows Store) in 2019 from an all-in approach to making it one (of many) means of distribution. Even that Store may not survive in its current form as it is possible that it won't be included in future versions of Windows 10 anymore (but remain available on the Web).

As far as the stores for Business and Education are concerned, Mary Jo reports that these stores will be deprecated. She suggests that June 30, 2020 may mark the end for these stores or is the date that customers are informed that the stores are deprecated.

Deprecated does not necessarily mean that the stores are removed immediately. It is quite possible that Microsoft will announce the deprecation on June 30, 2020 but will keep the Stores on light maintenance and open for a period of time. Organizations that use the Store would probably want more than just a couple of months to shift certain Store-related things to other means of distribution.

It remains to be seen how all of this will play out in 2020. For now, it is filed under rumor as there has been no official confirmation or denial by Microsoft.

Now You: Have you used any of the Microsoft App stores in the past?

Martin Brinkmann is a journalist from Germany who founded Ghacks Technology News Back in 2005. He is passionate about all things tech and knows the Internet and computers like the back of his hand. You can follow Martin on Facebook or Twitter
View all posts by Martin Brinkmann →
Previous Post: « Microsoft Windows 10 Search Indexer Diagnostics
Next Post: Windows 7 Support ends today: here are your options »