Google Chrome users who visit the sites www.example.com and example.com will only see example.com listed in the browser's address bar going forward.

Google implemented a change in Chrome 76 earlier this year that removed the www-part of the web address from the browser's address bar. Chrome cut the www-part by default in that version; Google engineers claimed that most users did not require the information.

This isn't information that most users need to concern themselves with in most cases.

Here are two screenshots made in Chrome 79. The first shows how Chrome cuts off the www-part of the address (and the protocol as well), the second how the address looks like if displayed in its entirety. 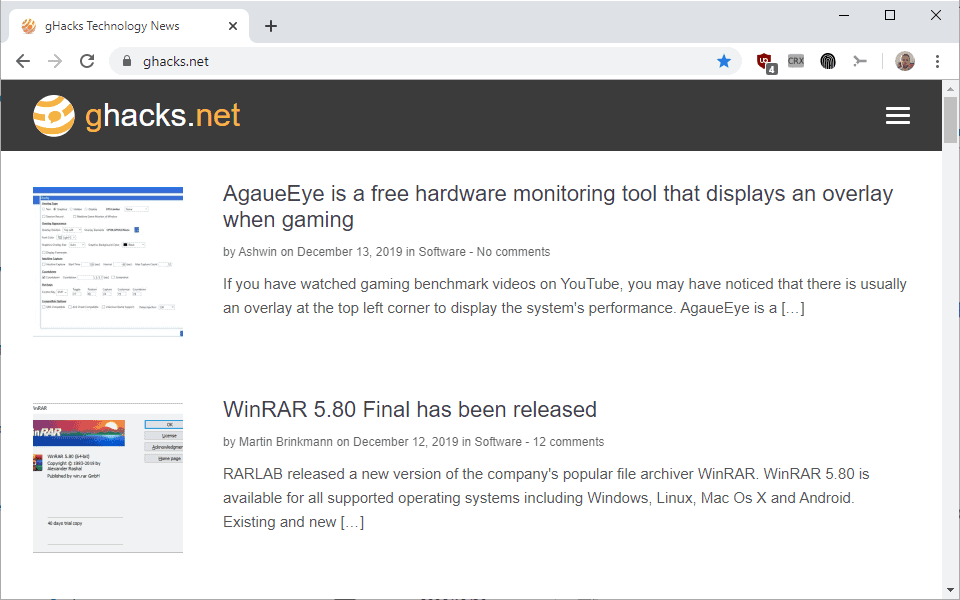 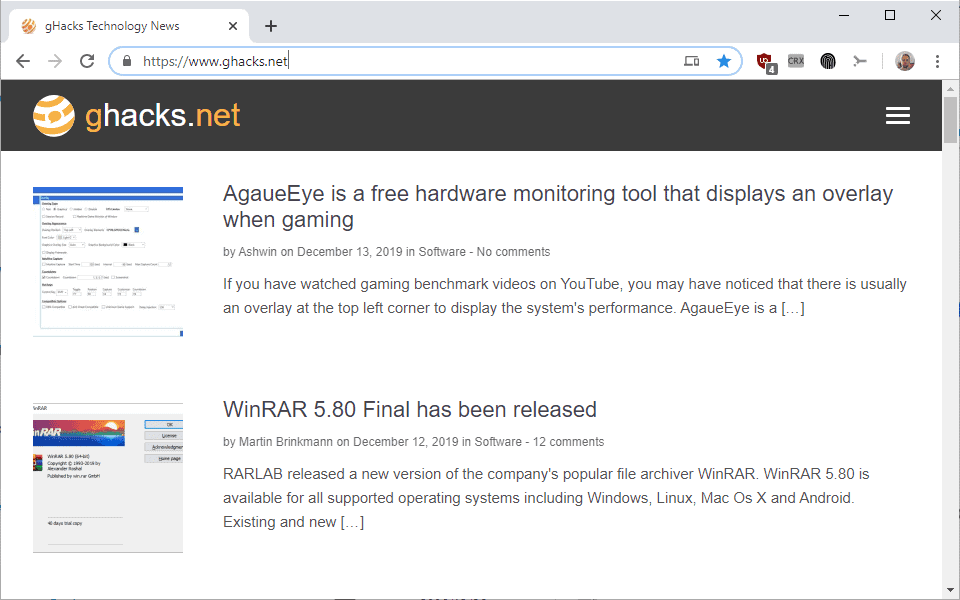 At least some users felt that Google removed a vital part of a website's address as www.example.com and example.com don't necessarily load the same resource. While it is possible to double-click in the address bar to display the full URL, if it is cut by the browser, it is another step that users have to take to find out the full URL of a site.

Chrome users could restore the old status quo by modifying an experimental flag in the browser. The change would restore the www. part in the Chrome address bar so that it is displayed whenever a site (like ghacks) makes use of it.

It appears that Google removed the option in Chrome 79 which it released a few days ago. Going forward, Chrome users have no option to restore the www-part of a web address if it is used by a site in the browser using the experimental flag.

The only option that remains available is to install the company's Suspicious Site Reporter extension for the browser which restores the information. Downside to installing the extension is that it gives Google permission to read the browsing history.

Popular Chromium-based browsers such as Vivaldi, Opera, Brave or Microsoft Edge have not implemented the change yet. It remains to be seen if they follow Google and keep the "trivial" part of the address hidden in the browser or if they create patches to restore the full information instead.

I dislike any attempt to "dumb down" a browser especially if there is no reason for doing so or at least an option for advanced users to restore functionality that I consider essential. Google may be right that most Internet users don't understand the difference between www.example.com and example.com, but is that reason enough to remove the information?

What is gained by removing it other than a bit more space in the browser's address bar?

Now You: What is your take on Google's decision? (via Bleeping Computer) 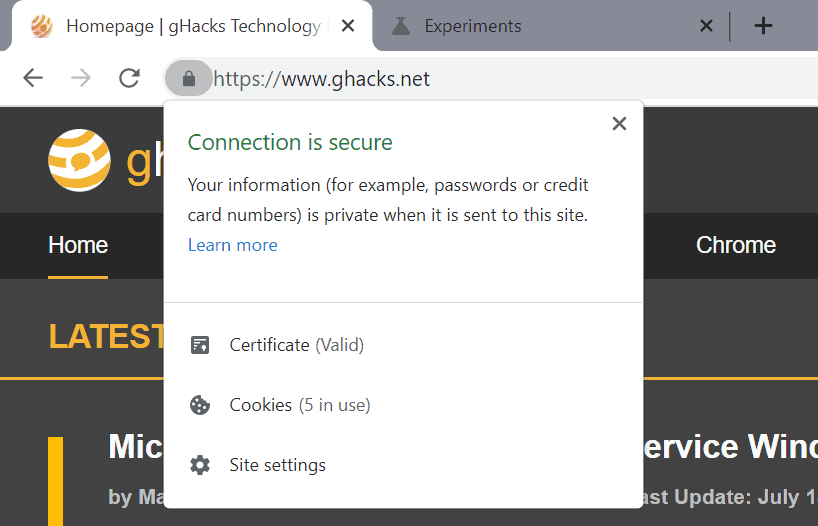 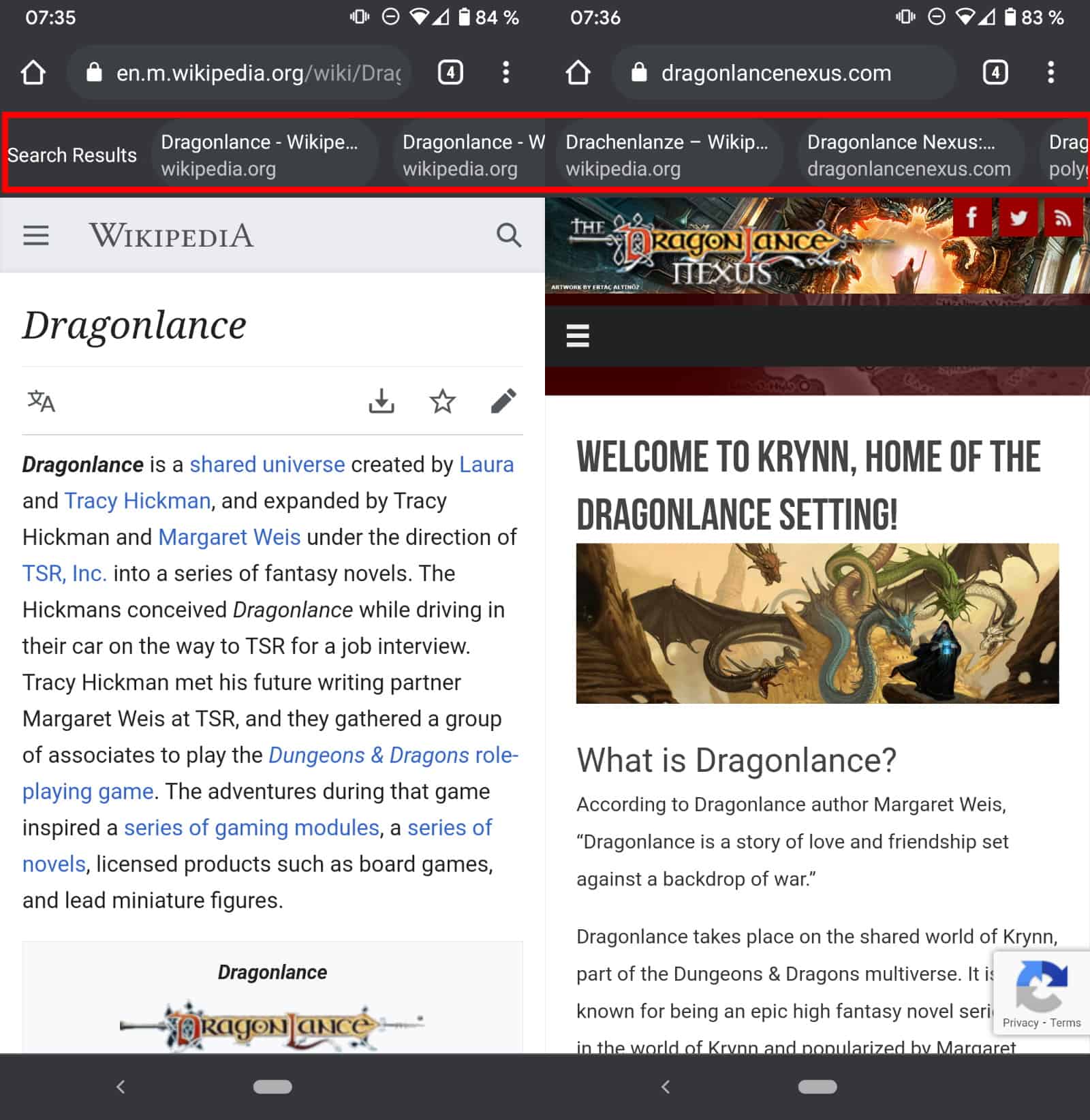 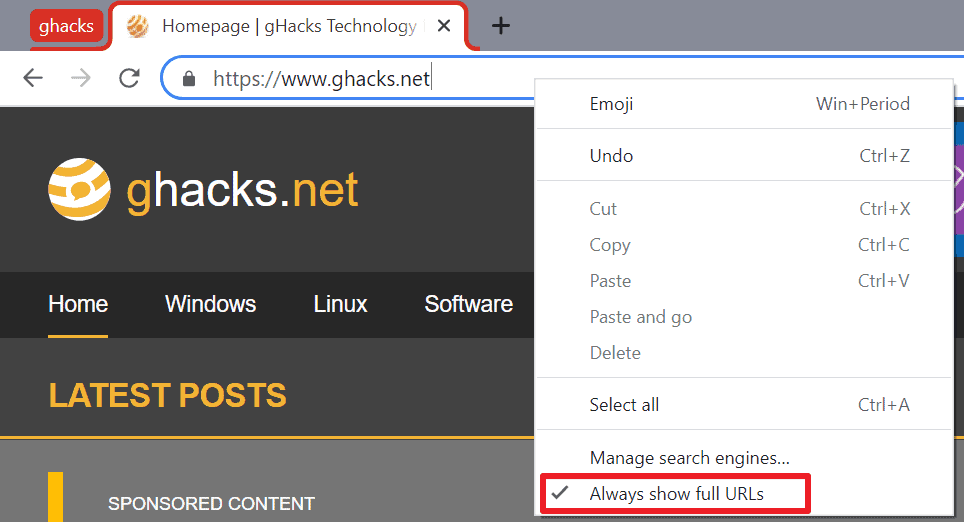