Do you like to play old PC games? One problem that you may encounter is that they don't support widescreen resolutions.

If you have been spoiled by modern game graphics, getting back to a classic game which has black bars or a weird aspect ratio or supports only low resolutions may not be that easy. 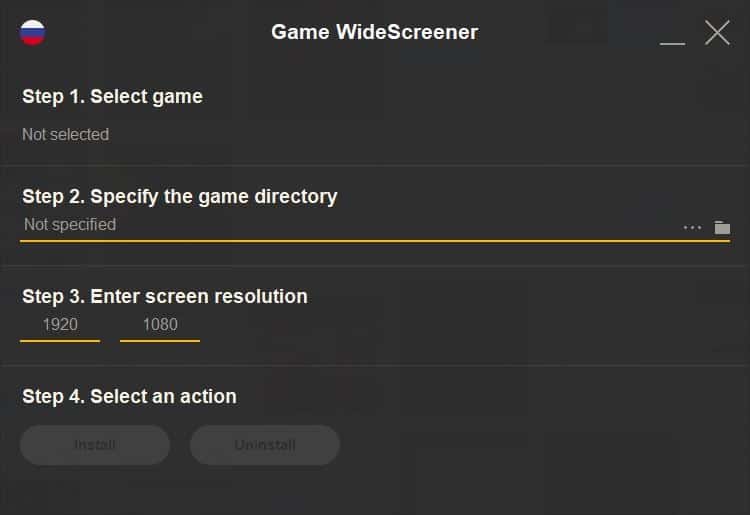 There are usually some workarounds for such games, but sometimes it takes a bit of effort and time to get them working the way you want. Game Widescreener is a freeware tool which can help you play old PC games in widescreen resolutions with just a few clicks.

Now you may ask, why bother with this application when you can do this manually by editing some .INI file or maybe adding xres and yres values in the target field of shortcuts? Short answer, convenience. It saves you time, which could have possibly been wasted wondering what settings to tinker with or looking up a solution.

The official website of Game Widescreener is in Russian, though the list of supported games and the program interface are in English. The GUI of the program is very easy to use as it has just four options.

The first, Select Game, displays the list of supported games. To select a game from the menu, highlight the name and double-click on it.

Speaking of games, the application supports about 150 games. It also happens to be the program's only con. What? Well, you can't manually select a game that is not listed in Game Widescreener and apply the settings for it. So for unlisted games, you will have to look elsewhere for a solution.

Once you have selected a game, Game Widescreener automatically detects the game's folder. If it doesn't, you can click on the folder icon in the "specify the game directory" section to browse to the location of the game's executable (.EXE).

Tip: You can type the game's name in the search bar instead of scrolling through the list. The auto detection of the game folder worked perfectly for me with Steam and GOG games. 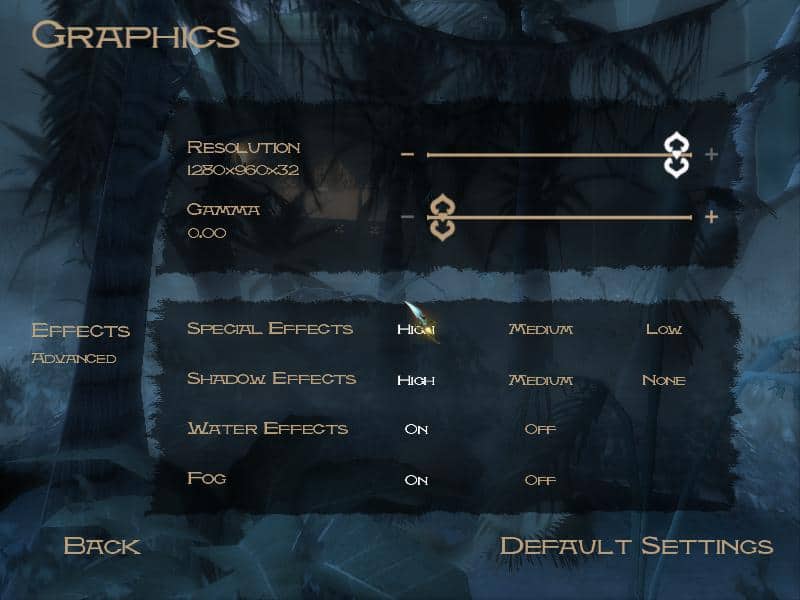 Let's see how that looks, that's not great is it? 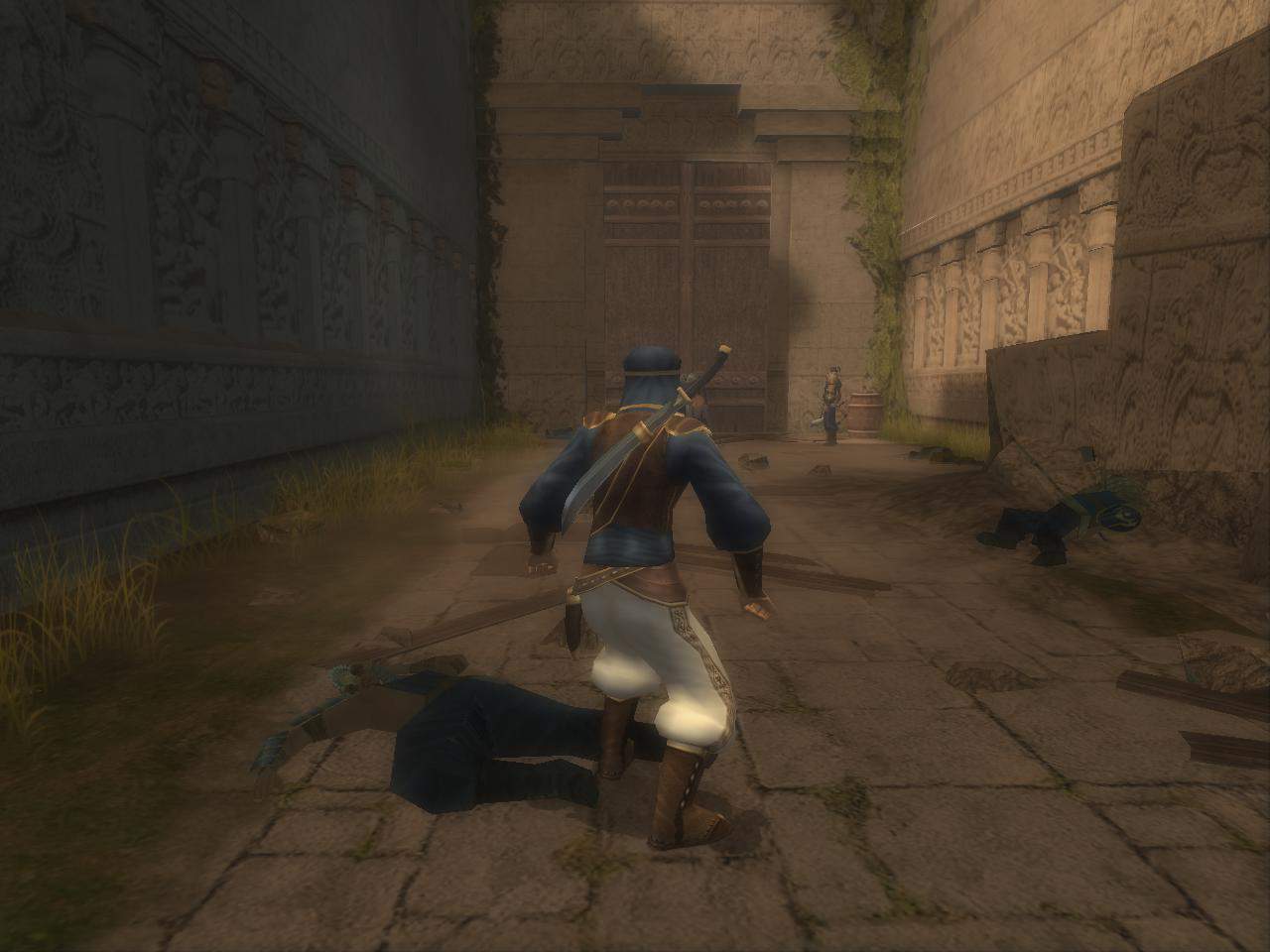 Game Widescreener detects your monitor's resolution and has the value pre-loaded in the "Screen resolution" section. I tested by this by disconnecting my 1080p monitor and it picked up my laptop's resolution (1366 x 768). When I plugged in my monitor, and re-opened the program, it said 1920 x 1080. Regardless of this, you can manually enter the resolution values manually too. Since I want to play The Sands of Time in 1080p, I will leave it at the detected settings. 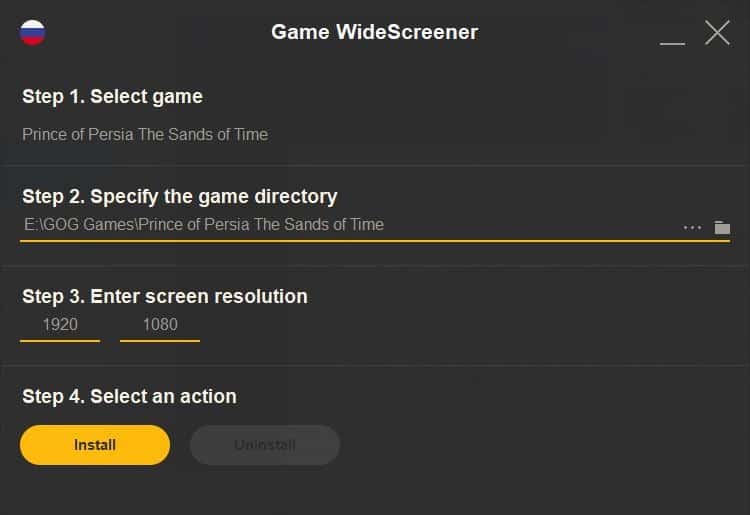 The final step is to apply the settings that you have selected. To do so, hit the install button. You'll see a pop-up message which should serve as a confirmation that the game has been patched with the new settings. 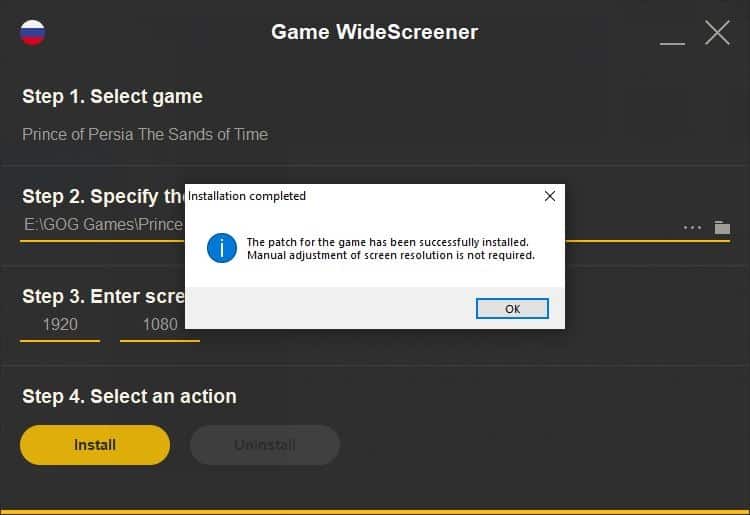 And now this is how the game looks like. 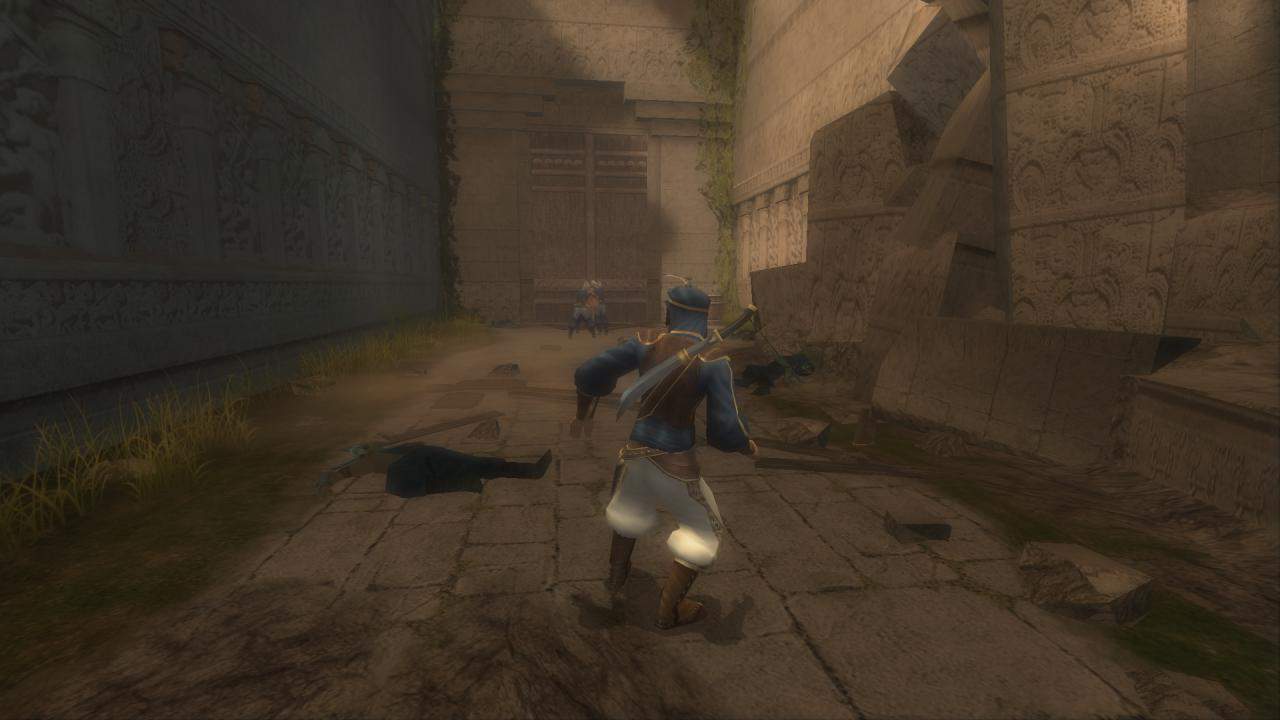 All it took was a couple of clicks. That's very convenient. You don't need to keep Game Widescreener running in the background for your game to work in the new resolution. Now, the important thing is to not use the resolution selector in the in-game settings after applying this patch as the game will overwrite the values when you do.

Game Widescreener works on Windows Vista and above. It is available in a portable version but I couldn't get it working. I also found that the settings don't always work with some games. Blitzkrieg for example would not switch to 1080p and kept using the 1600 x 900 in-game resolution. But that's probably an issue with the game.

Previous Post: « Play local multiplayer games on Steam over the Internet with Remote Play Together
Next Post: Superposition is a free benchmarking tool to test the gaming performance of your computer »