Since the release of Microsoft's Windows 10 operating system in 2015, updating and patching was at the heart of criticism that administrators and power users leveled at Microsoft. It was not the only argument brought forth against Windows 10, Telemetry being another, but it was a major one.

A lack of control over updates and quality issues caused quite some havoc since then. Microsoft pushes out cumulative updates once a month on the second Tuesday of the month. The company releases a second cumulative update that acts as a preview of things to come in the same month.

While Windows 10 featured options to delay updates, it did so in a convoluted messy way that depended on the edition and version of Windows 10. It did not really help that Microsoft changed updating throughout the years; and all of that was confirmed in a study recently. 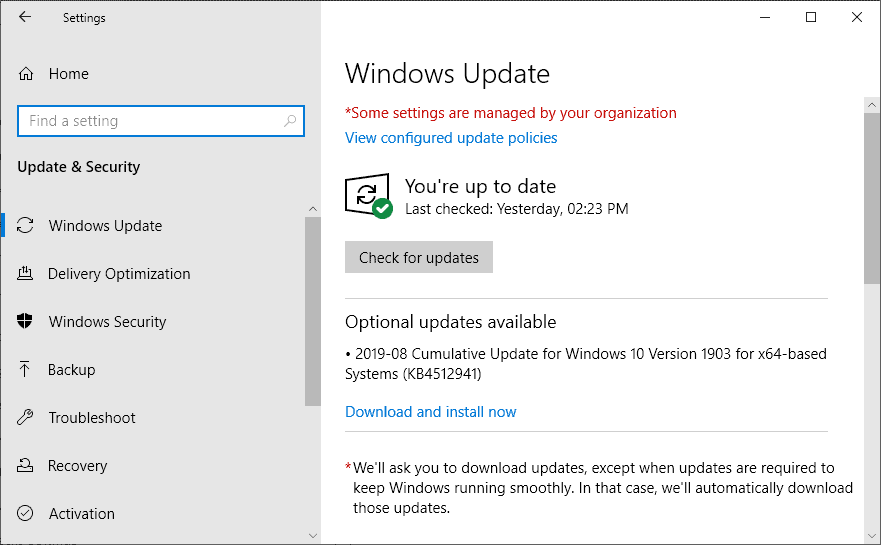 The focus on cumulative updates meant additionally that administrators could no longer install updates selectively, it was an all or nothing approach. Microsoft released special security-only updates for Windows 7 and 8.1 but not for Windows 10.

Imagine the following scenario: you click on the check for updates button in an earlier version of Windows 10. You might get:

But even if you avoided the check for updates button like the plague, you would eventually get feature updates pushed to the system that you got little control over. That could lead to all kinds of issues, from programs that were removed, apps and settings that were reset , to the introduction of serious issues that would take months to patch sometimes.

One of the better options was to block Windows Updates and install updates after careful selection only; this allowed admins to regain some of the control lost in Windows 10 but at the expense of having to spend time researching updates and, potentially, fixing security issues at a later point in time.

The release of Windows 10 version 1903 changed that, and this time for the better. While there is still room for improvement, it appears that preview releases of cumulative updates and new feature updates are not getting installed automatically anymore when you hit the check for updates button.

Instead, they are listed under "optional updates available" on Windows Updates. Means: you may use the button again to run a manual check for updates without the fear of pushing an unstable update or a new feature update to the system.

Updates cannot be avoided indefinitely with built-in options. Microsoft will push updates to versions of Windows 10 that are about to run out of support, and cumulative updates can only be delayed for a certain period either.

I still think that there is lots of room for improvement. I'd like to see an option that lists all available updates so that I may pick the ones that I want installed on the system. That's wishful thinking but exactly how third-party updating tools like Windows Update Minitool or Sledgehammer operate.

Now You: what is your take on the development?