Microsoft's Insider program is a success and it should not come as a surprise that the company launched Insider programs for many of its core products in recent years.

It all began with the introduction of the Windows 10 Insider Program. Organizations, administrators, and interested users could join the program to test pre-release versions of the operating system.

Microsoft killed two birds with one stone with the introduction; it opened up development to the public, at least to a degree, and got its hands on data provided by Insider PCs to detect certain issues prior to release.

Participants were encouraged to provide feedback and suggestions. The effect of feedback on development is debatable. Critics argue that Microsoft is not listening enough to the provided feedback, Microsoft argues that it values feedback and used it in the past to improve or change functionality.

Microsoft launched Insider programs for other company products. Microsoft Office, the search engine Bing, the new Microsoft Edge browser that is based on Chromium, the communication software Skype, the development environment Visual Studio Code, and Xbox support the Insider program.

The new Insider Programs hub provides a list of these programs. 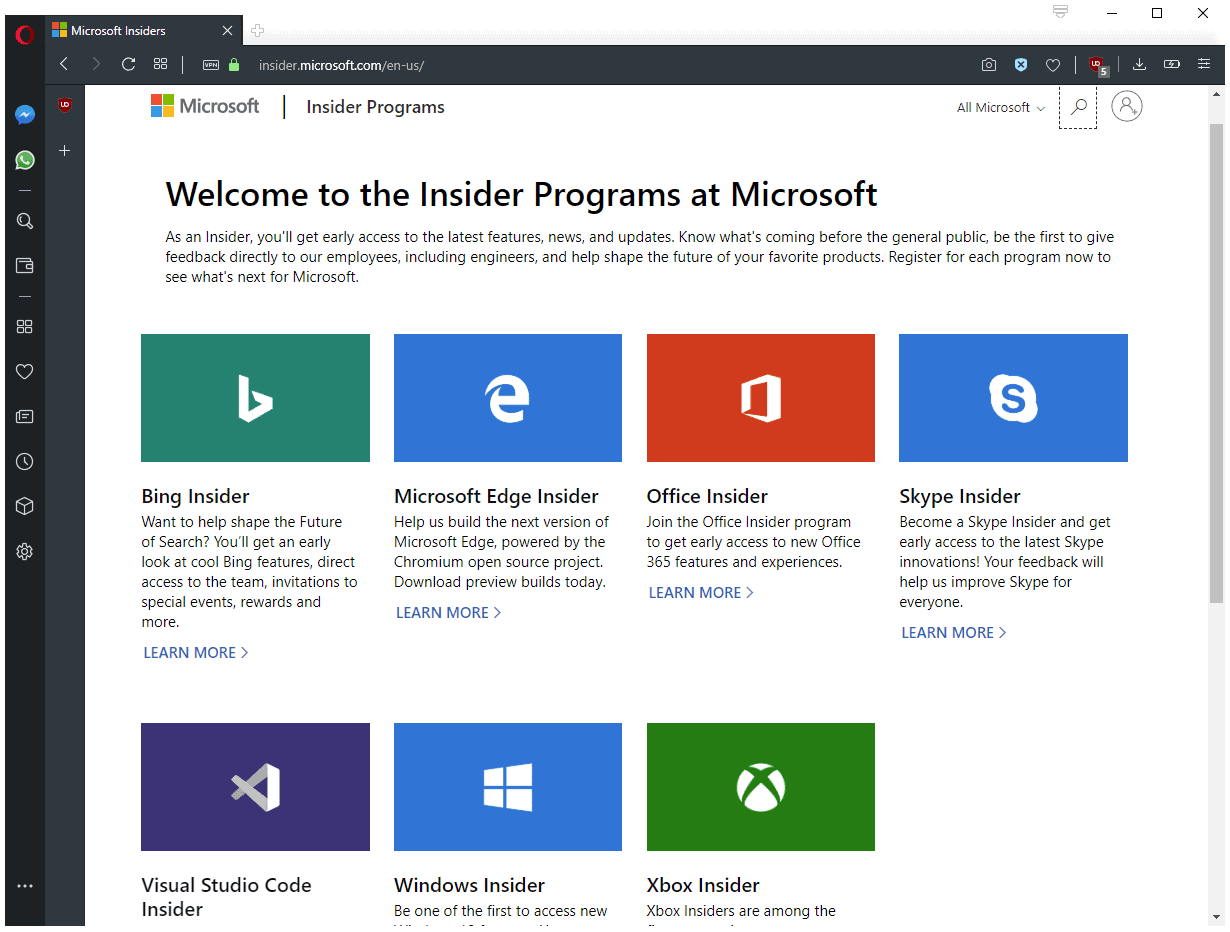 The new hub offers little in terms of functionality. It offers an overview of available Insider Programs, and that may be reason enough to bookmark the page. Microsoft will add new programs to the page when they are launched so that it is easy enough to keep an overview of new programs.

Insiders share Telemetry with Microsoft, something that home users and organizations need to be aware of. It is highly suggested not to join Insider Programs on production machines as software released should be considered in development.

Now You: Have you joined an Insider Program?

Article Name
Microsoft launches Hub for all Insider Programs
Description
Microsoft's Insider program is a success and it should not come as a surprise that the company launched Insider programs for many of its core products in recent years.
Author
Martin Brinkmann
Publisher
Ghacks Technology News
Logo

Previous Post: « OneDrive: Personal Vault and storage changes
Next Post: Microsoft may close accounts after two-years of inactivity, unless.. »