The company released cumulative updates for earlier versions of Windows 10 days ago but decided to test the update for Windows 10 version 1809 in the Release Preview ring before its official release.

In other words, another round of testing and -- hopefully -- bug finding before the update is unleashed on the general population. 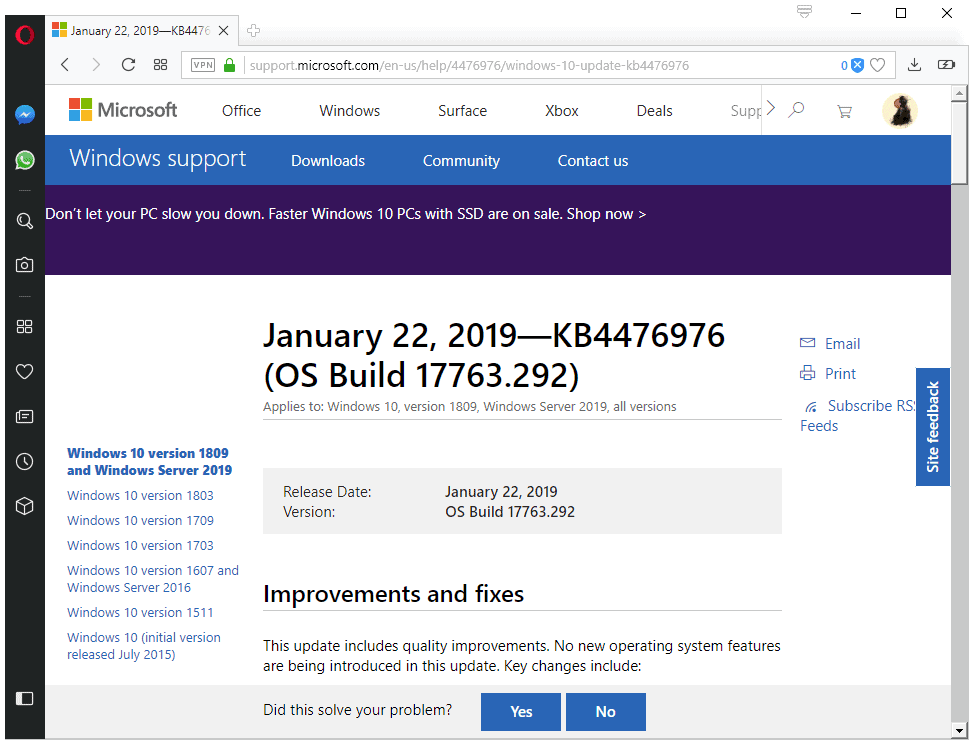 KB4476976 is available on Windows Update and as a direct download on the Microsoft Update Catalog website. Windows administrators who install the update manually need to make sure that the latest Servicing Stack Update is installed on the device.

The update shares fixes with the recently released cumulative updates for earlier versions of Windows 10. In particular:

Now You: Did you install the update?

Previous Post: « Windows 10 can run all your Windows 7 apps, says Microsoft (except a few)
Next Post: Microsoft confirms it distributed KB4481031 in error »