Google announced the rollout of a new mobile search feature called "your related activity" that lets users pick up where they stopped previously according to Google.

The feature is being rolled out to Google Search and Google app users in the United States on mobile; when and if it will land in other regions is unclear at this point.

Users get a "your related activity" listing at the top of the search results when they perform searches using the Google app or Google mobile search. 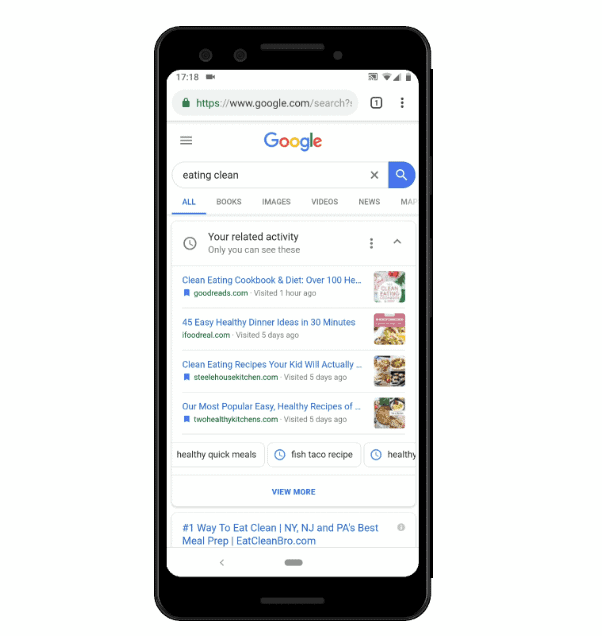 Activity is limited to searches the user has done in the past or pages that the user visited in the past; a click on a suggestion opens it directly.

Google notes that users may find the feature useful to go back to visited pages that they found interesting or re-do searches to discover new results.

A long tap on a result provides options to add links to a collection to access it at a later point in time similarly to how "read it later" apps and services provide the functionality.

Google users are in control of the feature; they may delete individual suggestions or turn off cards with a tap on the three-dot menu icon.

Second, because it displays previously visited pages or searches done. A visit to the browsing history would provide similar options without polluting search results even more than they are already.

Google's intention, to keep users on Google and in Google applications for as long as possible, takes priority over usefulness at times.

Some users may like this feature and activity tracking; I'm on the other side of the fence on this one and prefer less involvement of search engines and companies, and less tracking.

Now You: what is your take on the "your related activity" feature?