Microsoft released new cumulative updates for all supported versions of Windows 10 with the exception of Windows 10 version 1809.

The updates fix a large number of bugs in these version. The cumulative update for Windows 10 version 1809 that is about to be released is still in the release preview ring; Microsoft surely wants to get it right this time and it is possible that it won't hit release builds before Patch Tuesday on December 11, 2018.

Here is the list of updates and links to the support pages: 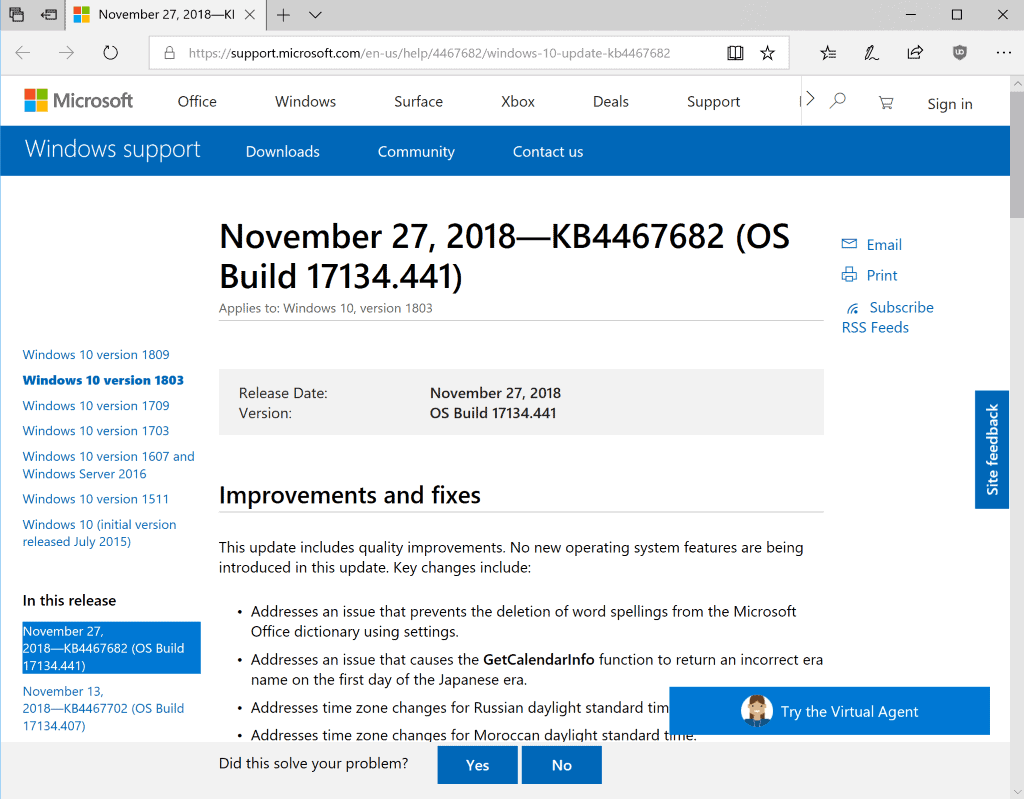 The cumulative update brings the build of the operating system to version 16299.820. It shares fixes with the update for 1803 and includes the following updates not found in 1803:

The cumulative update raises the build of the operating system to version 14393.2639. It includes fixes found in the other updates released today and some unique fixes:

Now You: Have you installed any of the patches? What is your experience?