What you should do after the September 2018 Facebook Hack - gHacks Tech News
ghacks.net

What you should do after the September 2018 Facebook Hack

by Martin Brinkmann on September 29, 2018 in Companies, Facebook - 34 comments

Facebook revealed on September 28, 2018 that attackers managed to exploit a vulnerability on the site that allowed them to take over accounts of Facebook users.

The issue, which affected about 50 million Facebook accounts and potentially 50 million more, used a vulnerability in Facebook's "View As" feature that allows Facebook users to view their profile pages as another user.

Facebook users need to select the "three dots" menu on their profile page and select the "View As" option displayed as an option when they do. 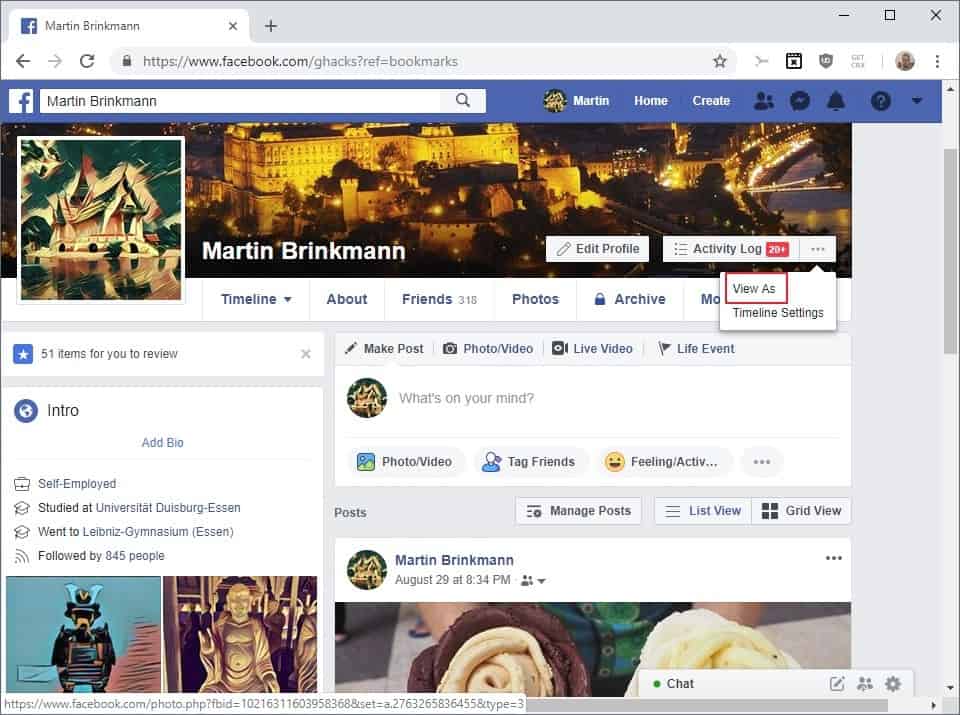 The company turned the feature for now. A notification is displayed to you that the feature has been disabled for the time being.

Investigators have not determined yet whether accounts were misused or if information was accessed. The company plans to update the official security update post on its website once it has more information.

What you may want to do

Facebook displays a login prompt for affected users and a new sign-in to the account generates a new access token that is used from that point on forward.

Facebook users affected by the issue receive a notification about the incident on the next sign-in.

Still, there are some things that you may want to do: 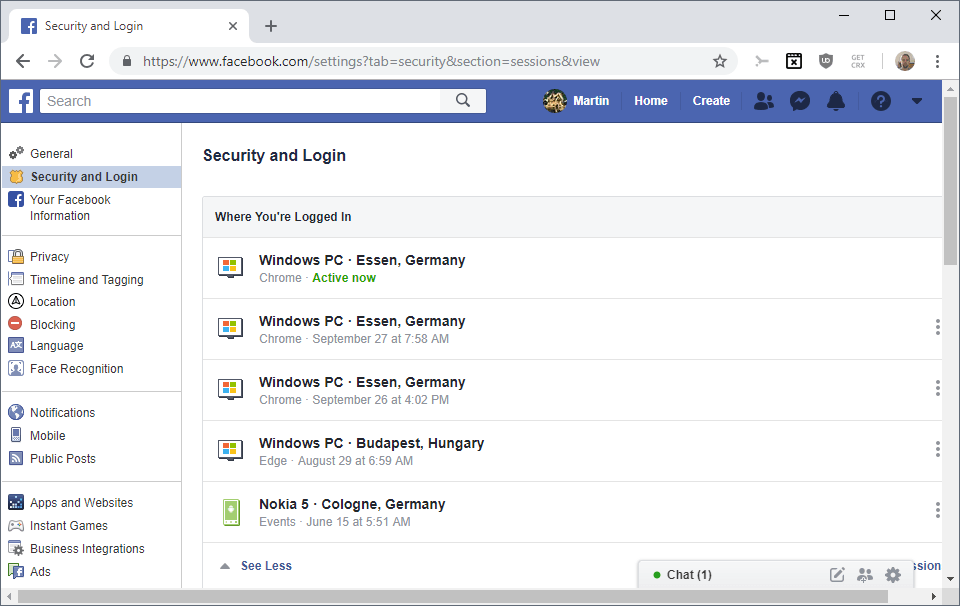 Go to https://www.facebook.com/settings?tab=security&section=sessions&view and check the devices and locations listed under "where you're logged in".

Make sure that you only see devices and locations there that match your activity. Do the following if you suspect that a logged in session may be by a third-party:

You may also want to be extra careful when it comes to emails or phone calls if you have been affected by the issue. If attackers gained access to the account, they had access to emails, your name, and other personal information that they might use in target phishing or social engineering attacks.

Article Name
What you should do after the September 2018 Facebook Hack
Description
Facebook revealed on September 28, 2018 that attackers managed to exploit a vulnerability on the site that allowed them to take over accounts of Facebook users.
Author
Martin Brinkmann
Publisher
Ghacks Technology News
Logo