Windows 10 users who run a beta version of the upcoming next feature update of Windows 10, Windows 10 version 1809, get a deprecation notification when they open the Snipping Tool on the system.

The Snipping Tool is a screen capturing utility that users may use to take fullscreen, window, rectangular, or free form screenshots. It is built-in which means that it is available right away as one the many tools that Windows ships with.

The message reads: Just a heads up ... Snipping Tool will be removed in a future update. Try improved features and snip like usual with Screen Sketch. 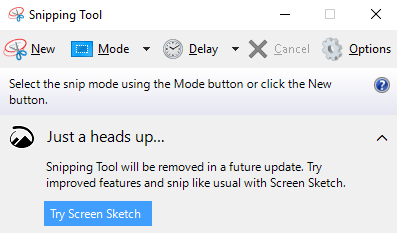 Microsoft provides additional information about the deprecation of the Snipping Tool on the Windows Experience blog:

Currently, we are not planning to remove the Snipping Tool in the next update to Windows 10 and the consolidation work underway will be a feedback and data-driven decision. 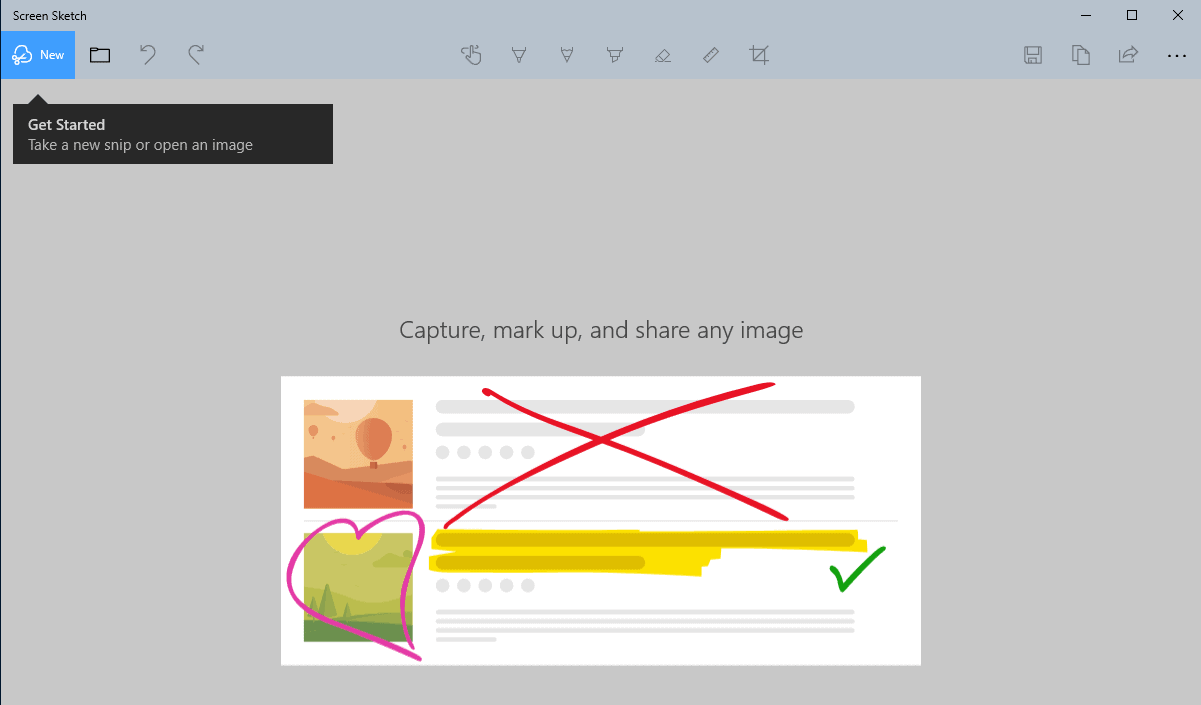 All of this is a work in progress at this point in time. Screen Sketch supports most features of the Snipping Tool but some are missing right now. There is no option to delay a capture or capture a window directly. While you can use the rectangular capture mode to capture windows, using a native function for that is faster and often more thorough.

The pen selection options lack functionality as well right now. While you get the same number of pens, Screen Sketch lacks pen customization options which the Snipping Tool supports.

Screen Sketch pushes the screenshot to the Clipboard automatically from where it can be shared or saved. You can save it to the local system, obviously as well.

Microsoft did add a number of new options to start a new screen capture and retained existing ones. You may still use Windows-Shift-S to start a new screen capture process; new options include clicking on the pen tail button if a digital pen with button is used, enabling an option to map the feature to the Print-key on the keyboard, and activating screen snip from Action Center. 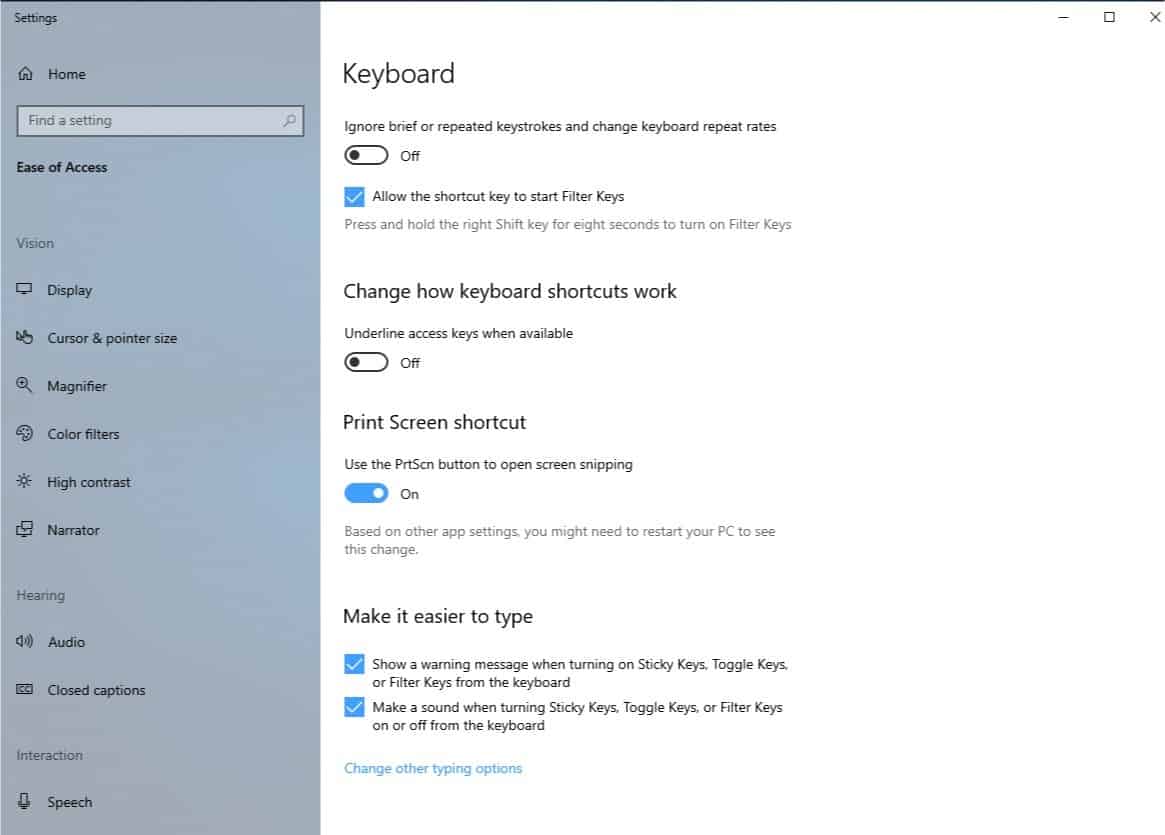 You need to do the following to map the Print-key on the computer keyboard to screen snipping:

The new mapping is active right away. Whenever you press the Print-key on the keyboard, Sketch Screen's capture toolbar will come up.

Microsoft released several screen capturing tools in the past couple of years. The company released Snip Editor as part of a Microsoft Garage project in 2015. The program was compatible with Windows 7 and newer versions of Windows and brings part of the Snipping tool to non-Windows 10 versions of Windows.

Microsoft retired the program in 2018 and asks users to use Windows Ink Workspace instead (which is only available on Windows 10).

Windows users have access to a large number of excellent third-party screenshot programs and video capture programs that offer better functionality that the built-in options usually.

Now You: Do you use a screen capture tool?