Microsoft has updated several microcode updates for the company's Windows 10 operating system that push so-called microcode updates to devices the update is installed on which protect against attacks targeting Spectre Variant 2.

Spectre and Meltdown are vulnerabilities that affect a wide range of devices. Microsoft released patches in early January 2018 but they caused all kinds of issues on some devices running Windows. To make matters worse, manufacturers such as Intel had to provide updates as well and these needed to be installed to protect systems effectively.

Tip: You can run InSpectre or Ashampoo Spectre Meltdown Checker on Windows to find out if a Windows PC is vulnerable to attacks. 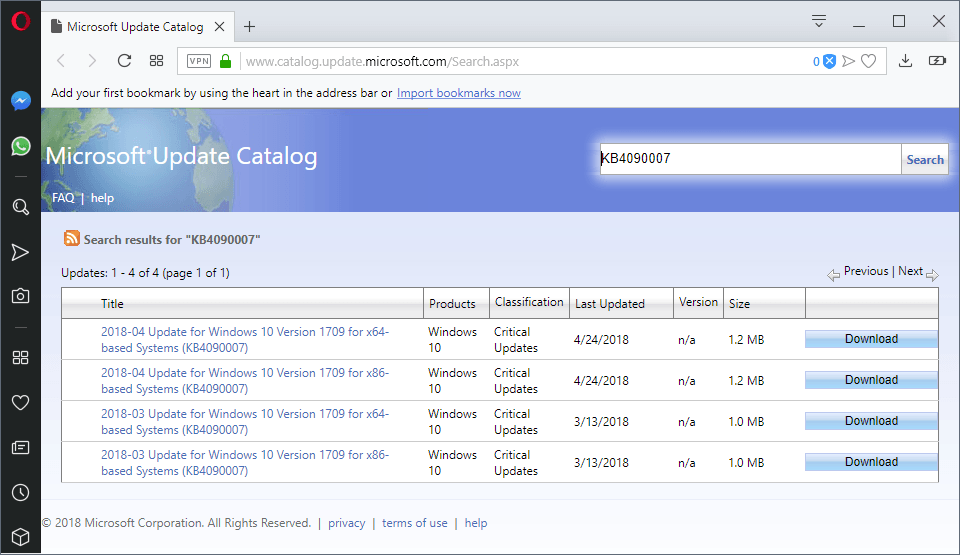 Tip: Run InSpectre if you want to know if microcode updates are available. That is a lot easier than having to figure that out on your own.

The microcode updates from Intel protect various versions of Windows 10 from attacks but they are not available on Windows Update or WSUS yet.

Microsoft published the updates on the Microsoft Update Catalog website from where they can be downloaded and installed.

Note that there is no update for Windows 10 version 1511.

Windows 10 users and administrators may want to download the updates and install them on machines provided that they are powered by processors that microcode updates are available for.

It is likely that Microsoft will update the updates to integrate support for processor families that are not supported yet. I suggest you monitor the relevant KB article pages so that you know when updates are released.

Now You: are your systems protected against Meltdown or Spectre attacks?

Martin Brinkmann is a journalist from Germany who founded Ghacks Technology News Back in 2005. He is passionate about all things tech and knows the Internet and computers like the back of his hand. You can follow Martin on Facebook or Twitter
View all posts by Martin Brinkmann →
Previous Post: « KB4093105 for Windows 10 version 1709
Next Post: Windows 10 April Update rollout begins on April 30, 2018 »