Microsoft announced a big list of changes that it plans to launch to the company's file synchronization and storage service OneDrive.

The upcoming improvements were revealed during the 2017 Microsoft Ignite conference. The changes can be divided into Enterprise and business changes, and changes for users who are using OneDrive on their devices or online.

One of the bigger changes is still the return of placeholder files in OneDrive. Microsoft will launch the feature that it calls Files On-Demand now with next month's Fall Creators Update for Windows 10.

It displays all available files hosted on OneDrive on the local system, even if they are not available locally at that time. Files On-Demand gives users the option to preview more than 270 different file types directly, even if a program is not installed that supports these file types.

Microsoft will launch an update to the OneDrive web interface soon. The interface will be "cleaner" and "more intuitive" according to Microsoft. It will be faster and more responsive, and gives users better overviews of new files and folders, new shared content, and who accessed the content. 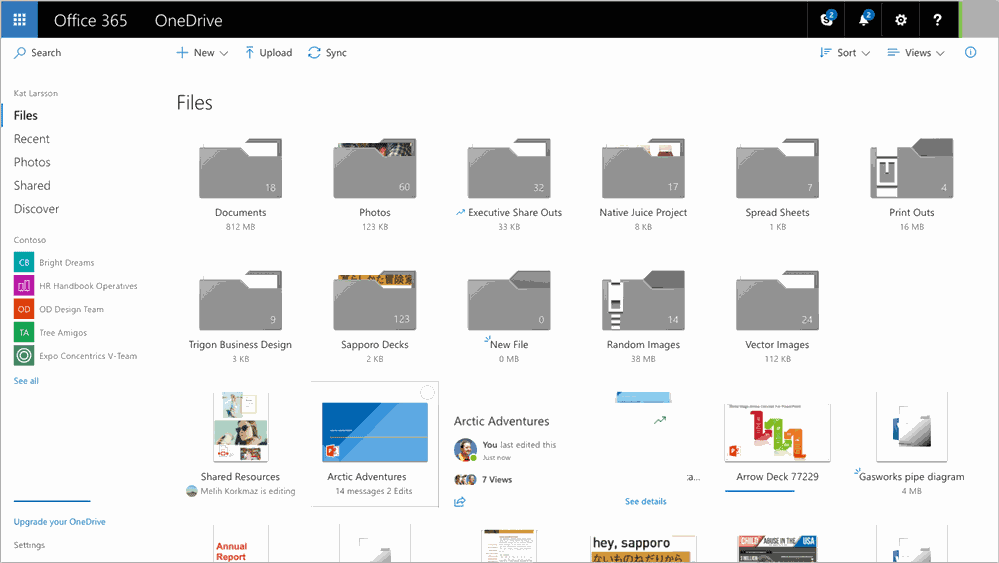 OneDrive on the Web will support zip archives when the upcoming update launches. This means that you can look inside zip archives on the web directly, and don't have to download the files first to extract them to check them out.

File restoration is another new feature that comes to OneDrive. The new "Restore my OneDrive" feature lets you restore OneDrive to an earlier snapshot. This feature is a direct response to the rise of ransomware but also other scenarios such as data corruption or mass deletions. 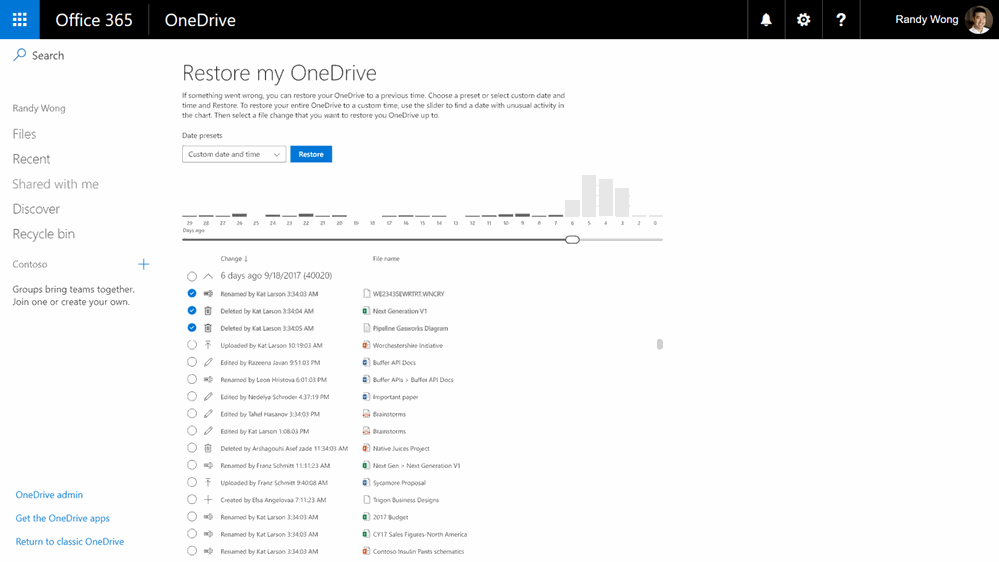 Microsoft plans to release a self-service migration toolkit to assist OneDrive users in migrating from shared drives or other cloud-based services to OneDrive.

The feature list lists "Service Level Encryption with Customer Key" as a new feature, and describes it as giving customers the ability to "hold their own private key to their cloud storage". It is unclear if that feature will be available to all OneDrive customers at this point in time. It looks as if users will get an option to store the private key that protects their data when the feature lands.

OneDrive will get a unified sharing UI on top of all that, and the OneDrive mobile clients will be updated as well.

Here is the list of Enterprise features that Microsoft announced during Ignite 2017:

Now You: What's your take on these changes? Which is your favorite?

Martin Brinkmann is a journalist from Germany who founded Ghacks Technology News Back in 2005. He is passionate about all things tech and knows the Internet and computers like the back of his hand. You can follow Martin on Facebook or Twitter
View all posts by Martin Brinkmann →
Previous Post: « Google Finance: portfolio feature will be retired in November 2017
Next Post: Microsoft will discontinue Groove Music Pass and music purchase »