Kodi 18 to launch with 64-bit version for Windows

The developers of the free media player software Kodi announced that the upcoming Kodi 18 will ship as a 64-bit version for Windows.

Kodi, which originated as a project to bring a better media player to Microsoft's first Xbox console, is a popular cross-platform media player thanks to its customization options and support for multimedia formats and services.

While it can be used to add and play local media files, support for streaming audio and video, as well as TV is also provided. You can check out our review of Kodi 17 for additional information.

The blog post confirms that Windows users have asked about a 64-bit version of Kodi since 2012, and addresses the question why it took "so long" to release one. 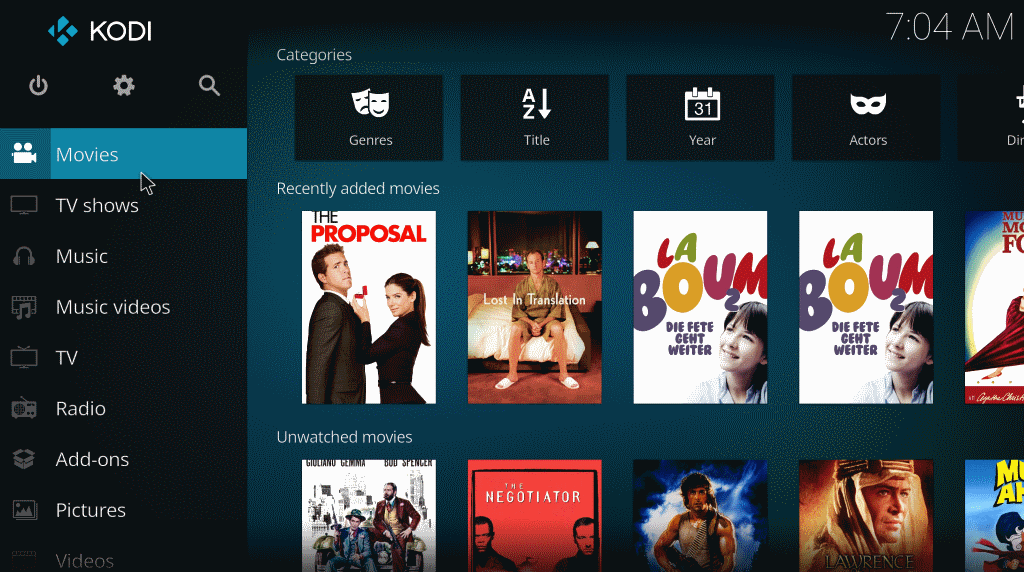 One part of the answer suggests that releasing a 64-bit version that early would not have provided "any benefits for the Kodi application", and that the rise of "all new video formats" has changed that in recent years only.

Probably the biggest hindrance to producing a dedicated 64-bit version of Kodi for Windows was that the Windows version differed from Linux and Mac versions.

While Kodi's developer could get external libraries to compile as 64-bit editions easily on Linux and Mac devices for the most part, the same could not be said for the Windows version. The core difference was that external library teams were responsible for creating 64-bit versions of libraries, and if they did not, there was little that Kodi could do about that.

During past years several of our team tried to improve this situation and started to work getting those libraries updated to be 64-bit compilable and compilable. This is a huge undertaking as some were simple never intended to be anything else than 32-bit. Slowly but steadily the work progressed and after currently having ported 31 !!! external libraries to 64-bit we are finally in a state that Kodi is usable and near feature complete.

Kodi 64-bit for Windows is already available as a development version. Users who are interested in giving it a try right away can download the latest build by visiting the official Kodi download page, clicking on Windows, and on the next page on Development Builds. There they find listed the 64-bit version of Kodi for the operating system.

Note that it may still lack some functionality that the stable version provides currently.

Users who wait for the next stable version of Kodi can install the 64-bit version over the 32-bit version without issues according to the blog.

To start using this Windows 64-bit version is nothing more than downloading the 64-bit installer and install it on top of your current Kodi version.

If you want to know more about the advantages of 64-bit applications over 32-bit ones, check out this comparison of the 32-bit and 64-bit version of Windows 7.

Martin Brinkmann is a journalist from Germany who founded Ghacks Technology News Back in 2005. He is passionate about all things tech and knows the Internet and computers like the back of his hand. You can follow Martin on Facebook or Twitter
View all posts by Martin Brinkmann →
Previous Post: « YouTube App update launches with major UI changes
Next Post: YouTube Video Editor and Photo slideshows being retired »