Firefox to get option to verify all binaries to protect against compromise - gHacks Tech News
ghacks.net

Mozilla is working on a new security project for Firefox, called Binary Transparency, currently to allow all Firefox users to verify the binary files of the web browser to ensure that the files are safe and have not been tampered with.

Firefox is an open source project. This means that anyone may build the browser from source, and even change code before that.

Binary versions of Firefox don't come with any assurance that they correspond to the Firefox source code of that particular version of the browser. While users could in theory build Firefox from source to compare the downloaded binary version of Firefox with the version compiled from source, it is not really something that is very practical.

Also, if you have the tools and knowledge to build Firefox from source, there is really no need to download the binary of the browser in first place. 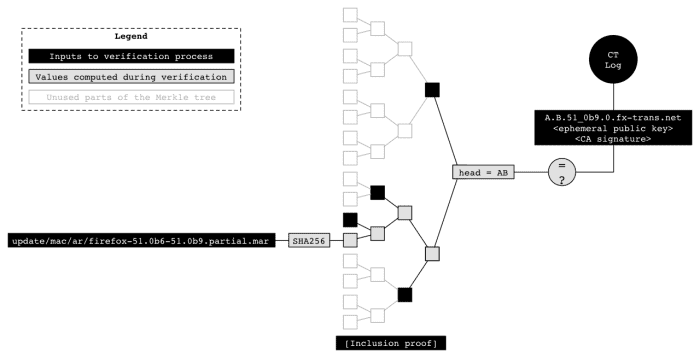 Mozilla plans to change that by adding a feature to the Firefox web browser that allows anyone to verify that the binary files are genuine and not compromised.

The main idea is to log all Firefox binaries in a publicly verifiable log. Anyone may look it up, and compare the binary files of the local Firefox installation with the log data to make sure that the files are the same that any other user of the web browser got during download.

While that is already helpful, plans are underway to implement that functionality in the Firefox updater as well. This means that Firefox's automatic update feature will verify any new update that it discovers before it is downloaded or installed on the user system.

Mozilla details the logging and verification steps on the official Wiki entry of Binary Transparency. The process is technical, but it uses certificates, SHA256 hashes, a Merkle tree and unique domain names for each release. You can check out the details on the wiki page if you are interested in additional details.

The verification process at its core requires that you verify one, some or all binary files of the release against the hash values of the public log file of that release. Again, there is more to the process than just described, so head over to the wiki for details on that as well.

You may be interested in the meta tracking bug over on Bugzilla, as it highlights the progress made to implement the feature. A target milestone has not been announced yet.

While you can use the feature to check Firefox binaries before download or updates, the feature may prove useful as well to check existing installations of the web browser.

Now You: What's your take on Binary Transparency?

Article Name
Firefox to get option to verify all binaries to protect against compromise
Description
Binary Transparency is an upcoming Firefox security feature that allows anyone to verify that Firefox has not been compromised.
Author
Martin Brinkmann
Publisher
Ghacks Technology News
Logo

Martin Brinkmann is a journalist from Germany who founded Ghacks Technology News Back in 2005. He is passionate about all things tech and knows the Internet and computers like the back of his hand. You can follow Martin on Facebook or Twitter
View all posts by Martin Brinkmann →
Previous Post: « Here is the first mockup screenshot of Firefox 57's new design
Next Post: Firefox Photon: new design mockups show interface, and more »