PC Building Simulator is a game for Windows and Linux devices in which you simulate the building of desktop computer systems.

Building PCs, as opposed to buying them out of the box, can be a very rewarding experience. Apart from gaining knowledge on how the PC works, it allows you to pick the components and layout that you want.

The process can also be intimidating, especially if you have never built a PC before. Things can, and probably will, go wrong, and the worst that can happen is that components get damaged.

Select online retailers offer services in which they assemble and test the PC based on the components that you have picked. 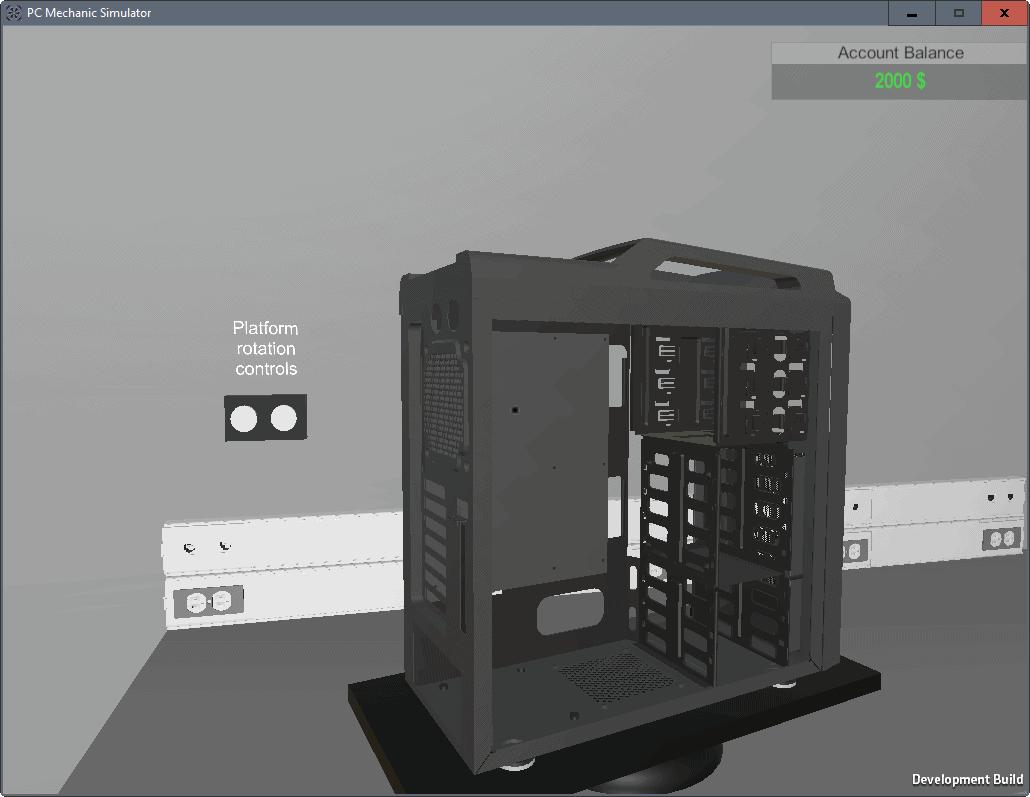 PC Building Simulator has been released as a very early pre-alpha version. The main idea behind the game is to build your own desktop PC.

The released version only features the tutorial at this point. It displays an empty PC tower that you can walk around, and rotate.

You can select components from the inventory with a tap on the i-key on the keyboard. Components are fairly limited right now, but support for more options will be added as development progresses.

All that is available right now is to pick a component, and place it in the PC. You repeat the process for components that you want to add, e.g. cpu, memory, video card, and hard drives.

The tutorial walks you through those steps, one component at a time.

There is little else that you can do right now. The reason why I'm writing about this is that it could lead to some exciting options for users who are interested in PC building.

While it may be useful already, as you see where each component goes, future versions could turn the rudimentary game into a real simulator.

Imagine using it to pick any component from the vast inventory of retailers such as Newegg starting with the PC Tower.

You could see if the components fit in the tower, if there is enough room for the video card.

The game could then simulate compatibility of components, or airflow, to give you an even better understanding of what you have built so far.

While I'd really like that, it seems likely that the developer will go down the "game" route instead. Still, even that could be useful for users who never assembled a PC before and want to know more about it without paying hundreds or even thousands of Dollars for components at that stage in the learning process.

You can grab the early alpha build from here. It is available for Windows and Linux.

Now You: Do you build your own PCs?