After having some troubles getting the update to install on the test machine running a recent Insider Preview version of Windows 10, I finally managed to do so this morning.

The core idea behind Game Mode is taken from Microsoft's Xbox One console: prioritize the game over other processes on the device.

This sounded an awful lot like what game booster programs for Windows promised the last ten years or so; and we all know that the promises are not really kept, and that you will not notice any improvements in most environments.

So, is Game Mode any different? If any other company would have created Game Mode, I'd probably say no immediately. But Microsoft has deeper access to the operating system than any third-party developer for Windows.

Note: Game Mode may still be a work in progress. Microsoft may improve the functionality before the final version of the Windows 10 Creators Update is released. Also, how you enable Game Mode may change over time as well.

The system I ran the benchmarks had the following components: 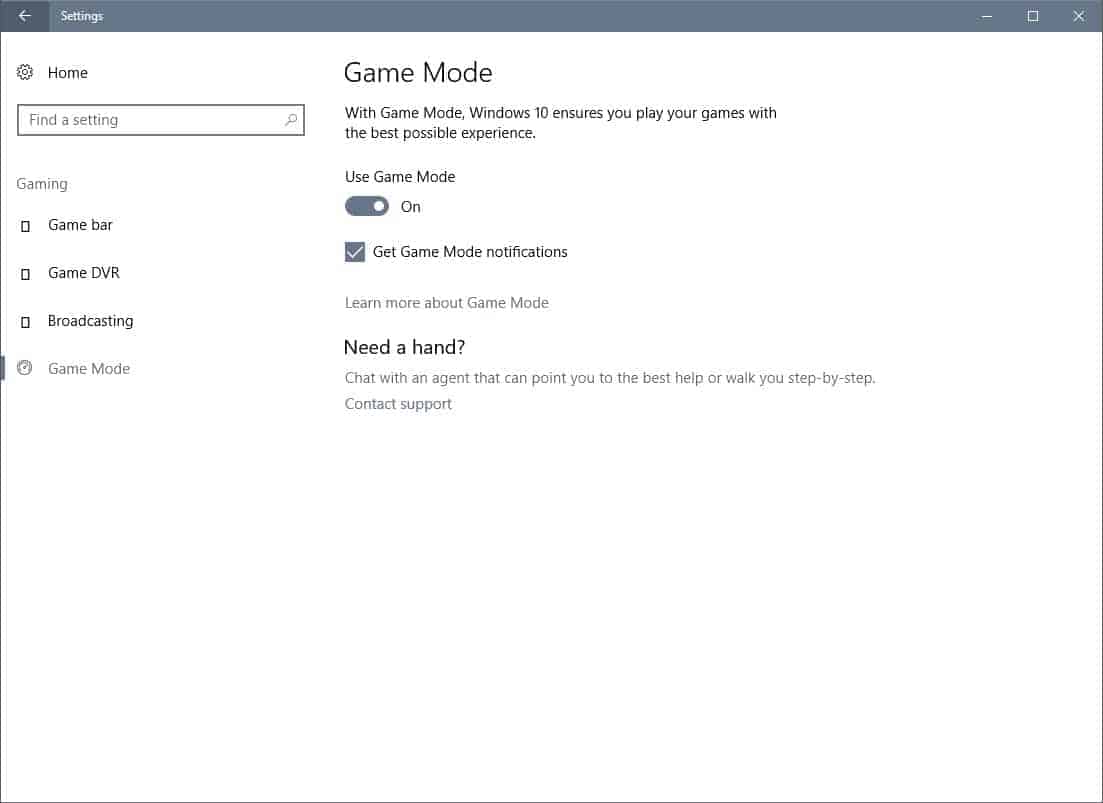 Microsoft added a new Gaming section in the Settings application on Windows 10. One of the available subsections there is Game Mode.

You may use it to toggle Game Mode on or off. Doing so enables the functionality, but it does not enable Game Mode for any games you run on the device.

Microsoft may enable Game Mode automatically for select games released through the company's Windows Store though.

To enable Game Mode for a particular game (or app), you need to use the keyboard shortcut Windows-G to bring up the Game Bar on the screen while the process is in the foreground. 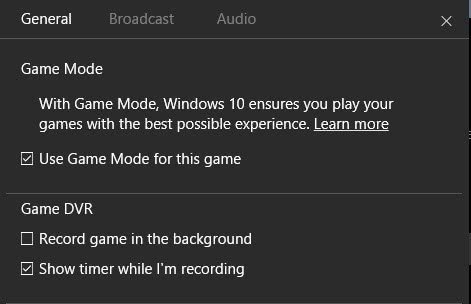 It works many times, but may not work for some fullscreen games. If the Game Bar opens, click on settings, and check the Game Mode preference there to enable Game Mode for that application.

Note that there does not seem to be any indicator right now whether Game Mode is indeed enabled for a particular process. Microsoft should consider adding the information, or making it more visible if it is there but not that obvious how to display it.

As far as benchmarks are concerned, I just ran a couple in a non-scientific way. So, I installed two benchmark games on Steam: Resident Evil 6 benchmark, and Star Swarm Stress Test. Also, I installed Antutut Benchmark from Windows Store.

The Game Mode results were quite disappointing, as there was no discernible difference in performance between running the benchmarks with and without Game Mode.

I have to admit that I could not make sure that Game Mode was indeed enabled for these processes though.

Anyway, the performance did not change in either of the three benchmarks that I ran.Benchmark results were more or less identical as you can see on the two screenshots above.

I'm looking forward to seeing someone take Game Mode for a larger test run, maybe with games that Microsoft suggests that would benefit from the new mode.

Now You: Did you expect more from Game Mode? 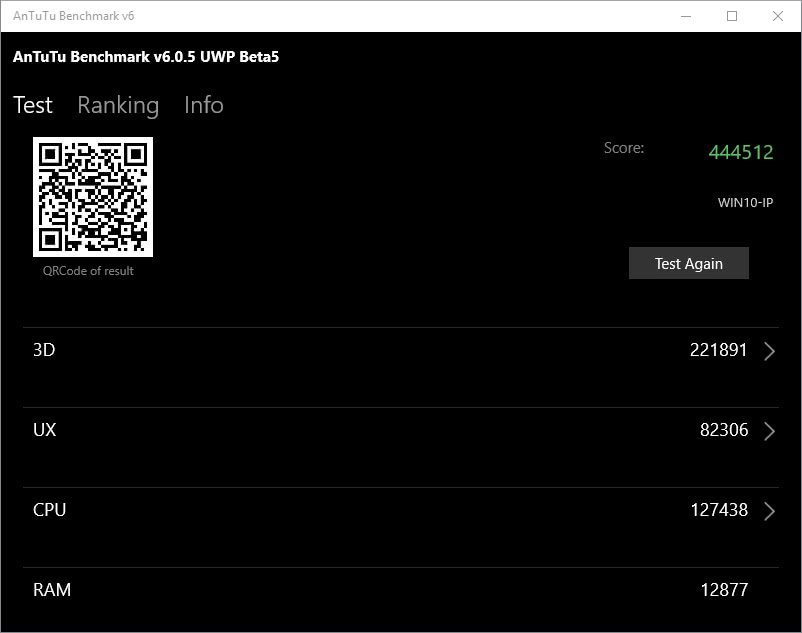