Call of Duty Infinite Warfare is the latest iteration of the popular first person shooting franchise released just a couple of days ago.

The game series focuses on console gaming traditionally with PC versions more of an afterthought. While that has not changed this time around, it appears that the latest Call of Duty game failed harder than previous titles on PC.

Before we take a look at that, there is another blunder that needs to be addressed. Activision Blizzard released the game for PC both on Steam and on Windows Store.

While you might assume that those versions are identical when it comes to core functionality, they are actually not.

Probably the biggest issue of the Windows Store version is that multiplayer is restricted to that version. There is no cross-play with Xbox One nor any option to play against PC gamers who bought the game elsewhere (read Steam for instance). 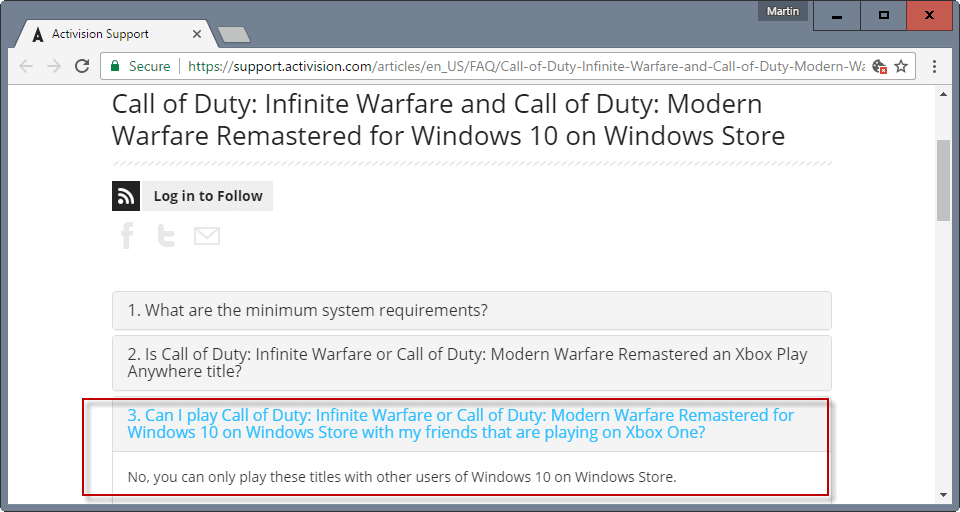 Considering that Windows Store is not the prime destination for games that are available on other PC marketplaces as well, it seems likely that Windows 10 games will have a shortage of potential players to play against.

A look over on Steam highlights that even clearer. Call of Duty is not in the top 3 of top sellers on Steam currently (it sits at five and six currently in the top ten). Games like Farming Simulator 17, Civilization VI, Transport Fever, and the age old Rocket League lead the charts on Steam.

The simultaneous player count on Steam is also nothing to brag about. While it is led by Dota 2 and CS:GO as usual, the latest Call of Duty does not even make it in the top 20 of that statistic. 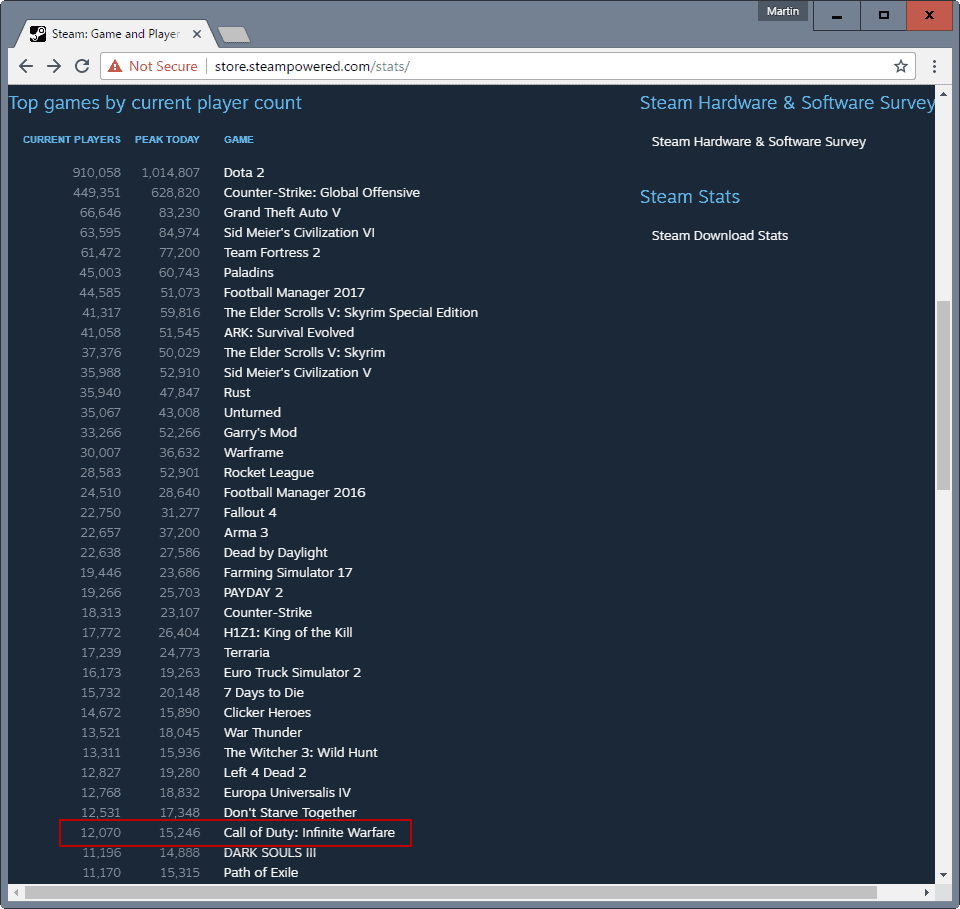 Games like Clicker Heroes, Terraria, Fallout 4 or Left 4 Dead 2 all beat the current and peak player count of this blockbuster title.

If you are interested in total numbers, Call of Duty Infinite Warfare reached 15k concurrent players on Steam today which pales against Team Fortress 2's 77k, Arma 3's 37k or Left 4 Dead 2's 19k. Usually, games do better right after release as they are pushed on Steam's new releases page and by being listed in the sales charts.

The game is not doing too well considering that it just came out. CoD is a console game first and foremost, and it is likely that the situation is different there.

User ratings on Steam are mixed right now which usually means an even distribution of positive and negative reviews.

The limitation of the Windows Store version of Call of Duty is problematic on several levels. First, because Activision fails to highlight it on the Store page, and second, because it could create a PC gaming divide if more companies followed Activision's practice to split the PC player base of their games.

I cannot see this being in the interest of the company in the long run as it will make their games less attractive.

Now You: What's your take on the situation?