Your browsing history may have been sold already - gHacks Tech News
ghacks.net

Your browsing history may have been sold already

Add-on companies are selling the browsing history of millions of users to third-parties according to a report that aired on German national TV.

Reporters of Panorama managed to gain access to a large data collection that contained the browsing history of roughly 3 million German Internet users.

The data was collected by companies that produce browser extensions for various popular browsers such as Chrome and Firefox.

Panorama did mention only one add-on, Web of Trust or WoT, but did not fail to mention that the data was collected by multiple browser extensions.

Browser extensions that run when the web browser runs may record any move a user makes depending on how they are designed. 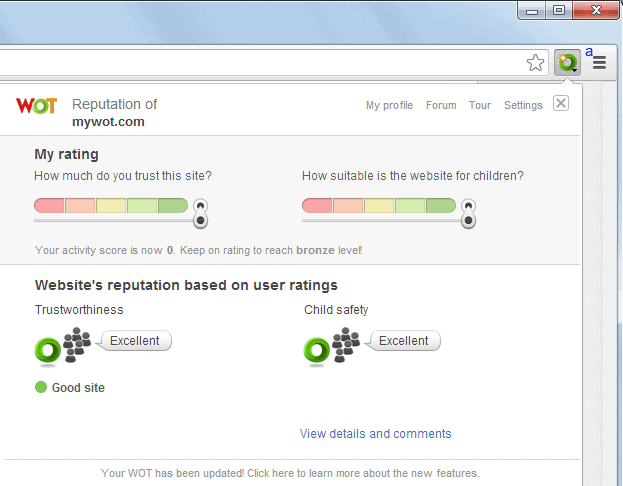 The data that Panorama bought from brokers contained more than ten billion web addresses. The data was not fully anonymized, as the team managed to identify people in various ways.

The web address, URL, for instance revealed user IDs, emails or names for instance. This was the case for PayPal (email), for Skype (user name) or an online check-in of an airline.

What's particularly worrying is that the information did not stop there. It managed to uncover information about police investigations, the sexual preferences of a judge, internal financial information of companies, and searches for drugs, prostitutes, or diseases.

Links may lead to private storage spaces on the Internet that, when improperly secured, may give anyone with knowledge of the URL access to the data.

It is trivial to search the data for online storage services for instance to reveal those locations and check whether they are publicly accessible.

Panorama reports that Web of Trust logs collected information such as time and date, location, web address and user ID. The information are sold to third-parties who may sell the data again to interested companies.

WOT notes on its website that it hands over data to third-parties but only in anonymized form. The team of reporters managed to identify several user accounts however which suggests that the anonymization does not work as intended.

The extension has been downloaded over 140 million times. While the data set that the researchers bought included only German user information, it is likely that data sets are available for users from other regions of the world.

Article Name
Your browsing history may have been sold already
Description
Add-on companies are selling the browsing history of millions of users to third-parties according to a report that aired on German national TV.
Author
Martin Brinkmann
Publisher
Ghacks Technology News
Logo

Martin Brinkmann is a journalist from Germany who founded Ghacks Technology News Back in 2005. He is passionate about all things tech and knows the Internet and computers like the back of his hand. You can follow Martin on Facebook or Twitter
View all posts by Martin Brinkmann →
Previous Post: « MBRFilter protects the Master Boot Record against manipulation
Next Post: Deterministic password manager Issues »