Stylish and Userstyles.org have a new owner

Users of Stylish who have set their styles to auto-update may have noticed that they become corrupt in the process since October 6, 2016.

This is caused by an infrastructure move after ownership of the project was transferred to another party.

Ownership of the Stylish web browser extension and userstyles.org website have been transferred from Jason Barnabe to Justin Hindman in the past two weeks.

Details on the deal and the new owner are scare. A forum post on the official Userstyles.org forum introduces the new owner briefly.

I have chosen Justin Hindman as the next leader of Stylish and userstyles.org. I'll let Justin introduce himself, but I believe Justin has the ability and desire to move the project forward.

Justin replied to that post briefly, but has not posted on the site since. This is important as changes happened to the infrastructure of the project shortly thereafter.

The site was moved to Amazon Web Services, the domain name was transferred and the new owner hidden behind a shell (domainsbyproxy.com), the repositories were transferred to a commercial Github account with no public-facing members.

Some information are verifiable right away. The userstyles.org domain is indeed protected by "Domains By Proxy", a company that blocks private information from being revealed in the registrar data (you see that when you run a whois, provided the whois service updated its dataset recently). 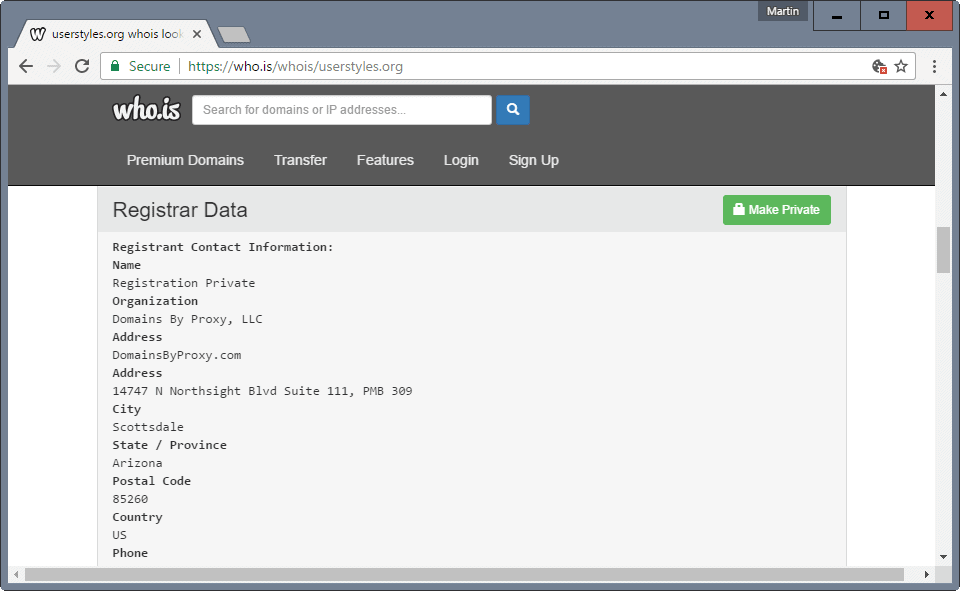 A quick check confirms that the userstyles.org website is hosted by Amazon now.

Probably the biggest issue right now is that users are reporting that styles are not delivered in working condition during updates. It seems to be a transport issue and not one of storage.

Neither the old nor the new owner have acknowledged the issue yet. It could be that the issue arose during the transfer of the site. 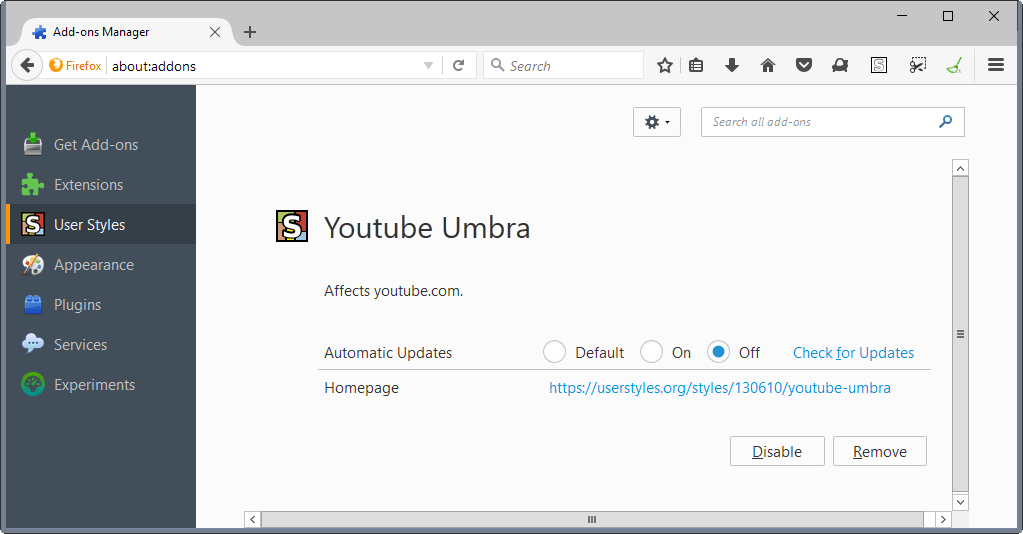 It is highly suggested to turn off automatic updates for userstyles until the issue is resolved. This can be done in the following way:

It is unclear if and when the issue will be resolved.

The issues shares similarities with how the then-popular userscripts.org website stopped working from one day to the next. Lets hope that this is not a repeat of that.

Article Name
Stylish and Userstyles.org have a new owner
Description
Users of Stylish who have set their styles to auto-update may have noticed that they become corrupt in the process since October 6, 2016.
Author
Martin Brinkmann
Publisher
Ghacks Technology News
Logo