Microsoft released a new Windows 10 build to the Insider channel a couple of days ago that brings the version of Windows to 14901.

This new build marks the beginning of a new development phase called Redstone 2 internally which prepares Windows 10 for the next big feature update to be released in 2017.

While the build itself does not does not offer anything worth of note, the same cannot be said for the Microsoft Edge update that it ships with.

The version of Microsoft Edge jumps to 39.14901, and along with it come new experimental features that increase the browser's score on HTML5Test to 500 of 555.

To put this into perspective, Google Chrome Canary, the browser that led HTML5Test for the most part ever since the site went online, gets  score of 504 of 555 currently. The current stable version of Edge gets a score of 466 of 555. 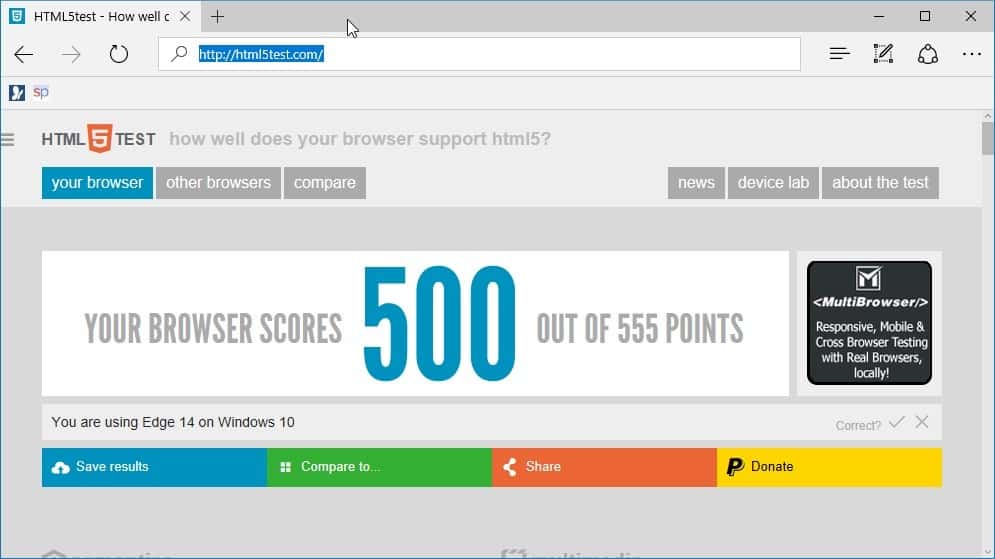 This big jump in compatibility is powered by an array of new experimental features that the latest development version of Microsoft Edge ships with.

You may open the experimental flags page by loading about:flags in the browser's address bar. The page is available on stable and development releases of Microsoft Edge, but the most recent additions are currently only available if you run the development version. 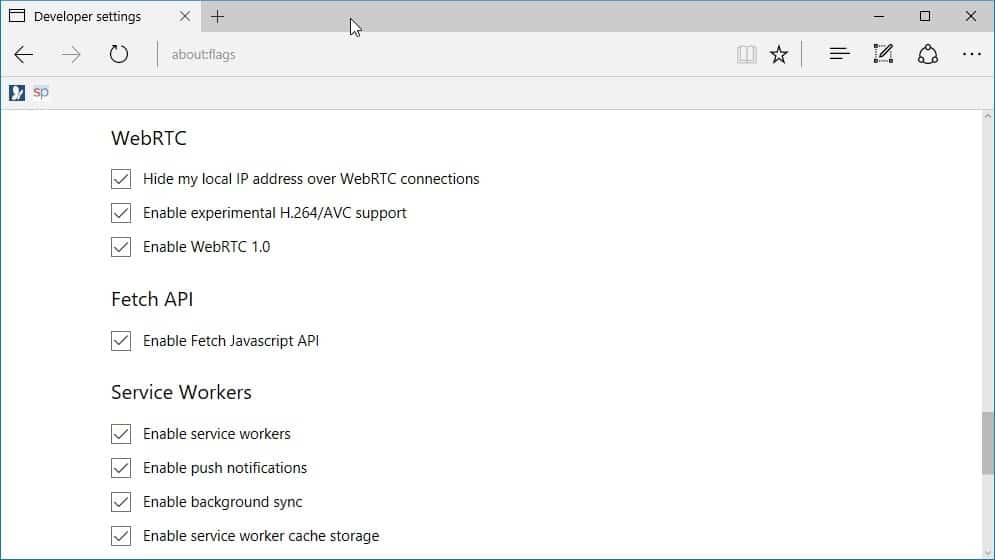 When you enable these new features, and some that were available in previous versions already, you will get the 500/555 score on HTML5Test.

While that is great, as it shows that Microsoft is committed to improving HTML5 support in Edge, you may only want to enable these features if you plan on using them.

For instance, if you don't want to use WebRTC or specifically WebRTC 1.0, then leave the feature turned off and it won't be available to services or sites you connect to.

The same is true for other features. If you dislike the idea of push notifications, keep it turned off to avoid websites pestering you to enable them.

It is likely that some of these experimental options will be enabled by default in the future. Microsoft may remove them from the experimental flags page then which in turn means that you cannot turn them on or off anymore individually.

Now You: What's your take on Microsoft Edge so far?

Previous Post: « Speed up Edge by disabling Flash
Next Post: How to turn off Tab Previews in Microsoft Edge »