As you may know, Microsoft disabled some policies from working on Windows 10 Pro systems in the Anniversary Update.

Among the things that Windows 10 Pro admins cannot configure anymore is the lock screen behavior, or more precisely, the policy to turn off the lock screen.

While the lock screen may have its uses on some systems, it is just a delay for others who don't require its functionality and want the sign in done as quickly as possible.

Another reason why Windows 10 users may not want to see the lock screen is that Microsoft did use it to display ads (in form of wallpapers) in the past. While it is still possible to turn off lock screen ads in Windows 10's Anniversary Update edition, disabling the lock screen entirely cannot be done anymore using the Group Policy.

Good news is, there is still a method to turn off the lock screen in the latest version of Windows 10 (discovered on the Quarter of Three forum).

The method below uses a Windows tasks for turning off the lock screen in the latest version of Windows 10. Please note that it will only take care of the lock screen when you lock the computer, but not on start. 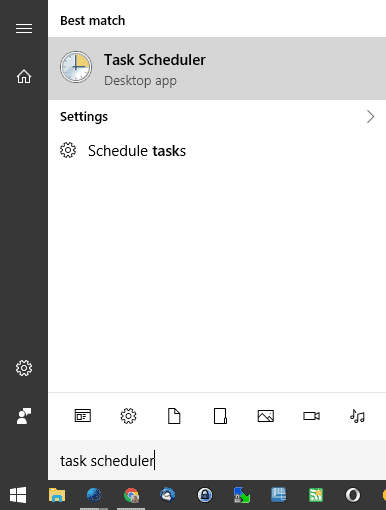 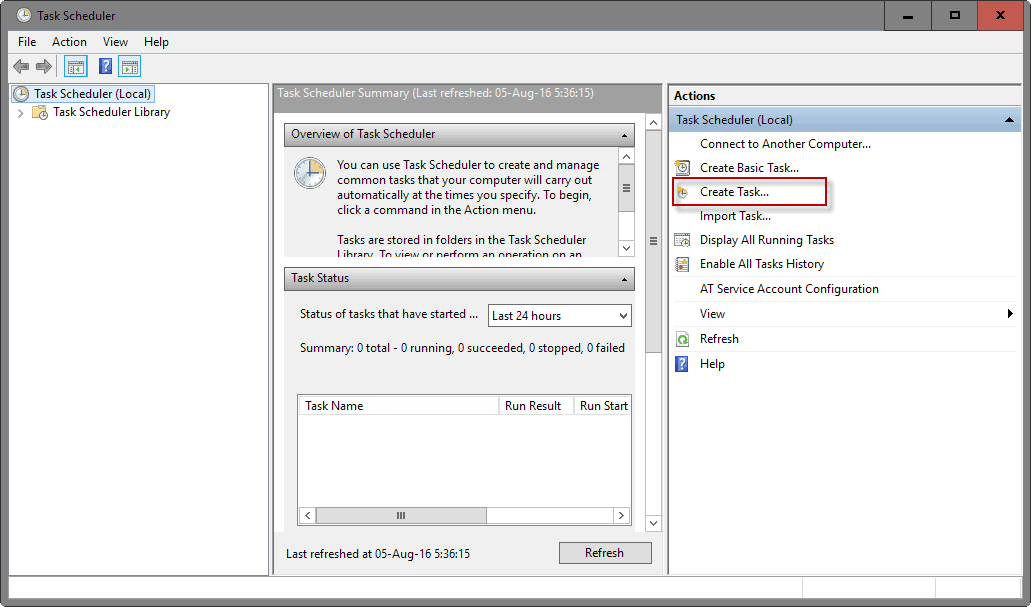 Click on Create Task under Actions on the right-sidebar of the Task Scheduler interface once it opens on the system. 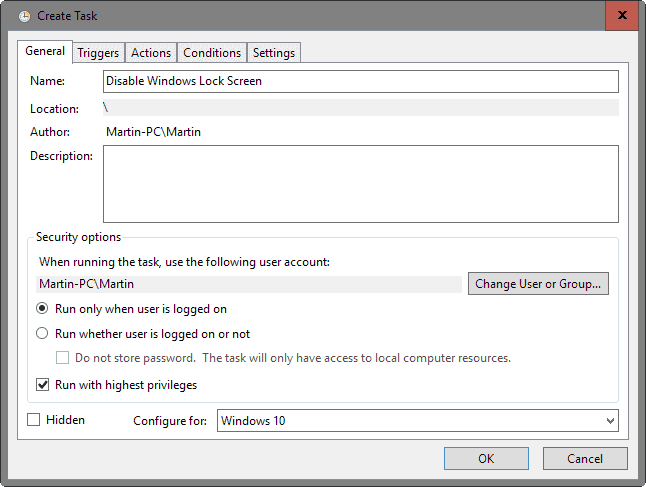 The first tab that opens is the general tab. Make the following adjustments on it: 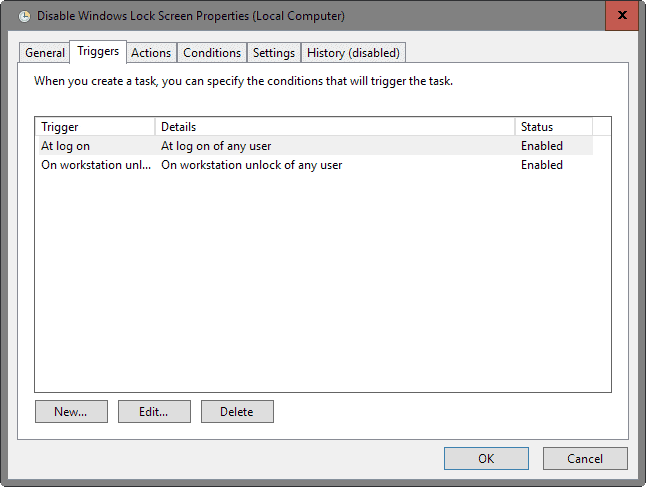 Add the following two triggers (one after the other) by switching to the Triggers tab and clicking on the new button.

The only change you need to make is select the following parameters under "begin the task". Leave everything as is, and hit okay to save the trigger. 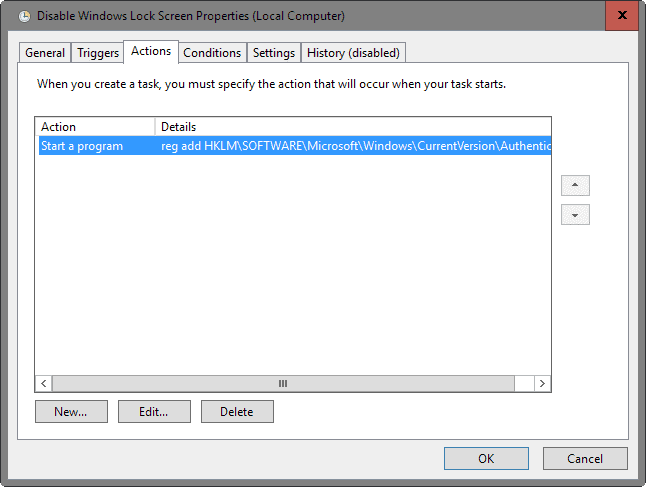 Open the Actions tab and click on the new button there.

Keep "start a program" selected there and add the following information to the settings fields: 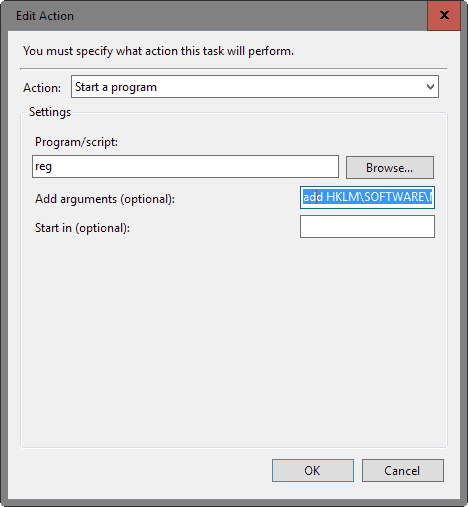 Once you have configured and added the new task, you may want to run tests to make sure it works correctly. The easiest way to do so is to use Windows-L to lock the desktop. You may also restart the PC if you prefer that to test that behavior as well.

You will notice that the lock screen is skipped automatically on log in again.

Update: Ghacks Reader Len White posted a solution in the comments that disables the Windows 10 Lockscreen completely. Please note that the published patch modifies the file C:\Windows\System32\LogonController.dll. We recommend that you back up the file before you run the patcher so that you can go back should the need arise.

Update: Check out this tool linked in the comments. It should do away with the lockscreen on Windows 10.