Valve introduced reviews on Steam in 2014 in an effort to add user opinion and ratings to games listed in the Steam store.

The main idea behind the introduction of reviews was probably to provide potential customers with reviews of games they are interested in.

Unlike on Metacritic and many other sites, where anyone can vote and leave a comment, reviews are only open to Steam users who purchased the game on the gaming portal.

A review is always made up of a rating (thumbs up or down), and accompanying text. The text provides information about the rating ideally, but that is not always the case.

Changes to the Steam review system 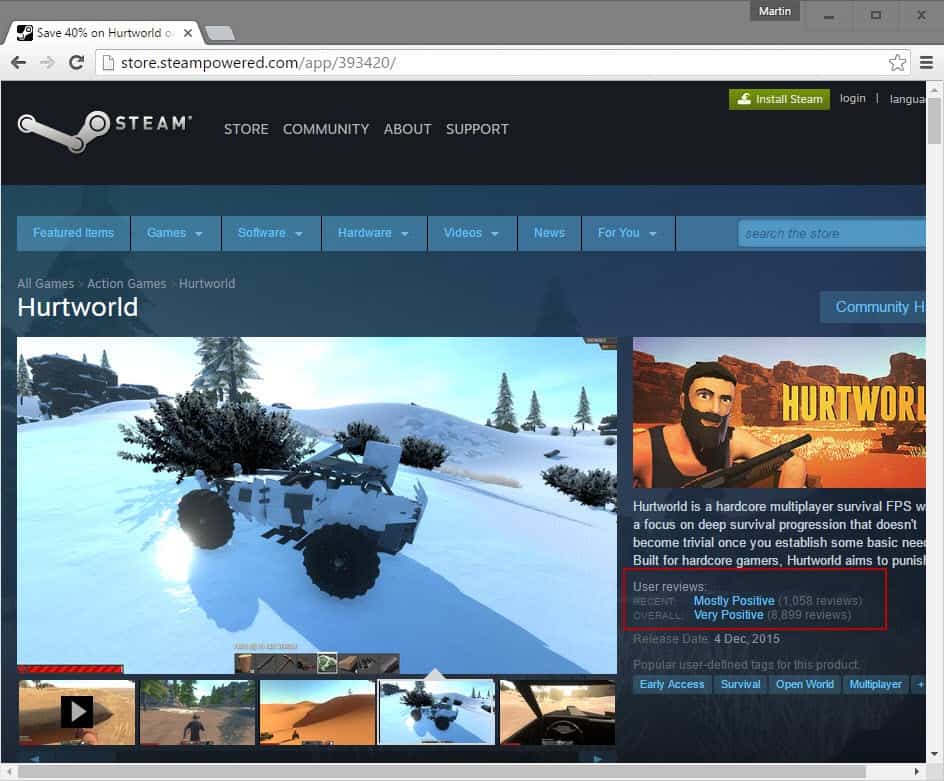 Valve announced an update to Steam's review system yesterday that aims to make reviews more useful on the site and in the Steam client.

The company added new features to the review system in an effort to make it more useful. If you open a game on Steam, you get an overall rating just like before on the page (both on Steampowered and the Steam client).

The update brings with it the recent rating which highlights the average rating of the last 30 days and the number of reviews for the game in that time. Previously, only the accumulated rating over time was provided.

The recent rating highlights how a game's perception changed since its release, or more precisely, in the last 30 days. This can be positive, negative or no change, for instance when an update breaks a core feature or introduces something to the game that makes it better.

A click on recent or overall jumps to the customer reviews section of the game page. There you find another change that Valve introduced to Steam with the update: recently posted reviews are displayed next to the most helpful reviews now.

This makes it easier to read recent reviews of the game which may better reflect the game's current state.

This new summary page is not the only view available. Filters at the top allow you to filter reviews by most helpful or recent, or by rating.

If you click through to display all game ratings, you get another new option. There you find a language menu to switch the review language from the default.

Besides switching from English to languages such as German or Polish, you may also select all languages to display reviews in all languages. 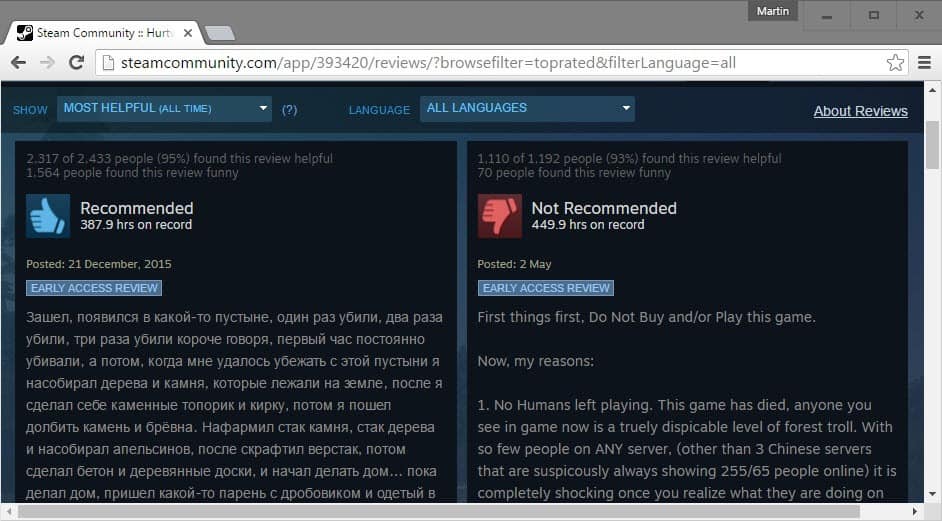 That's a hit or miss though as it is likely that you will end up with reviews written in languages that you don't understand.

Another change, mostly for professional game reviewers, is that it is now possible to disclose that a game has been received for free.

Reviews on Steam are not perfect but they are useful more often than they are not (that may depend on the type of games though and is my personal experience).

The changes to the review system are not massive in scale, but the addition of recent ratings and the prominent display of these recent ratings may help users who purchase their games a time after release, for instance during sales.

Now You: Do you read reviews before buying games?