Sourceforge, once the go-to site for open source project management, has experienced a rough time in recent years thanks to the rise of competing services like GitHub, but also because of the DevShare program and placement of advertisement on the site.

Projects hosted on SourceForge could apply for the DevShare program to bundle adware with project installers for the Windows operating system.

The then parent company of SourceForge tried to expand the reach of the program back in 2015 by adding the modified installer to abandoned projects as well, but quickly stopped doing so after the site was hit by a storm of bad publicity over the change.

Sourceforge and Slashdot were sold to BIZX back in January 2016, and it was clear right from the start that things were going to change dramatically. The company had plans to regain the trust of the open source community, and to become once-again the "most trusted destination for open source software discovery, development, collaboration and distribution on the web".

Logan Abbott, one of the owners of BIZX, told Foss Force that he disagreed with "some of the previous monetization strategies", and that his company had "immediate plans to discontinue programs inconsistent with [..] being a trusted and reliable source for the entire open source community".

Abbott confirmed this in a new blog post on the official SourceForge blog yesterday where he announced the termination of the DevShare program on the site.

Our first order of business was to terminate the “DevShare” program. As of last week, the DevShare program was completely eliminated. The DevShare program delivered installer bundles as part of the download for participating projects. We want to restore our reputation as a trusted home for open source software, and this was a clear first step towards that. We’re more interested in doing the right thing than making extra short-term profit.

A quick check revealed that the SourceForge installer is no longer used by projects like FileZilla that used it in the past. The programs are delivered without a wrapper that promotes the installation of third-party software on machines running Windows. 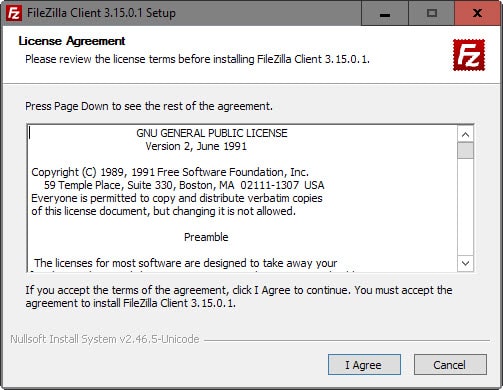 The move is just one of several that the new owners want to make to regain the trust of the community. While no specifics were revealed in the blog post, it appears that SourceForge could once again become a trusted destination for open source projects.

This won't happen overnight though and it is still too early to tell how the plans of the new owners will pan out.

Still, the termination of the DevShare program is a step in the right direction.

Martin Brinkmann is a journalist from Germany who founded Ghacks Technology News Back in 2005. He is passionate about all things tech and knows the Internet and computers like the back of his hand. You can follow Martin on Facebook or Twitter
View all posts by Martin Brinkmann →
Previous Post: « Piratebay Stream It: stream media torrents directly
Next Post: uTorrent Ad-free comes with a $4.95 per year tag »