Netflix announced recently that it will start to block VNP and DNS proxy services soon that customers use to circumvent geo-restrictions set in place.

The company, which operates in almost 200 countries now, is not the first to limit access to its offerings as companies such as Hulu have implemented similar measures already in the past.

This is done largely to access shows and movies that are not available in the residing country, but also by customers who are abroad and don't want to miss out on their daily Netflix binge. 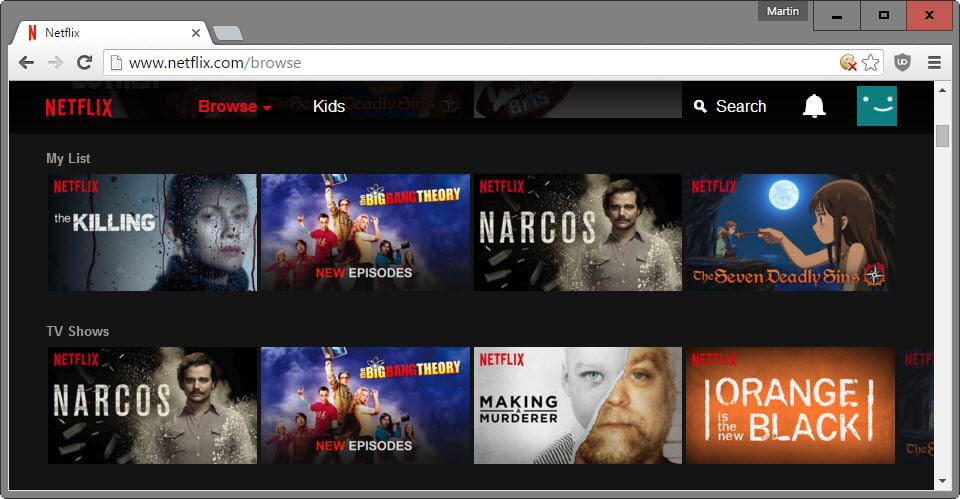 Netflix notes that customers will only be able to access content made available in the country they are in once the company has implemented measures to block unblockers.

Some members use proxies or “unblockers” to access titles available outside their territory. To address this, we employ the same or similar measures other firms do. This technology continues to evolve and we are evolving with it. That means in coming weeks, those using proxies and unblockers will only be able to access the service in the country where they currently are.

While Netflix sees itself as a global entertainment network, the reality is far less global and ultimately almost entirely local, especially if geo-restrictions are enforced by blocking the means to circumvent then.

If you compare Netflix's offering in the US (almost 6000 TV shows and movies) with other countries, Denmark (2100), Poland (760) or South Korea (660), you will notice big disparities between them. Even English speaking countries such as Australia have far less shows (2092) than the US.

Netflix appears to be aware of that, stating that it is looking forward to "offering all of our content everywhere and to consumers being able to enjoy all of Netflix without using a proxy".

It is unclear how Netflix plans to achieve that, considering that the limiting factor is how TV and movie content is licensed across the world. It seems highly unlikely that the situation is going to change anytime soon.

Now You: Do you have a Netflix account? Are you impacted by the announcement?