Mozilla's VP of Content Services Darren Herrman announced yesterday on the official Mozilla Blog that the organization made the decision to discontinue Sponsored Tiles in the Firefox web browser.

The controversial feature was announced back in early 2014 and integrated into Nightly versions later that year.

It replaced some of the suggestions displayed on the New Tab Page of Firefox with sponsored entries, but only for new users or users who have deleted the browsing history (and so returned to the state where the New Tab Page is prepopulated with sites).

While the majority of Firefox users may have never been exposed to these tiles because of that, the backlash from the community was huge. 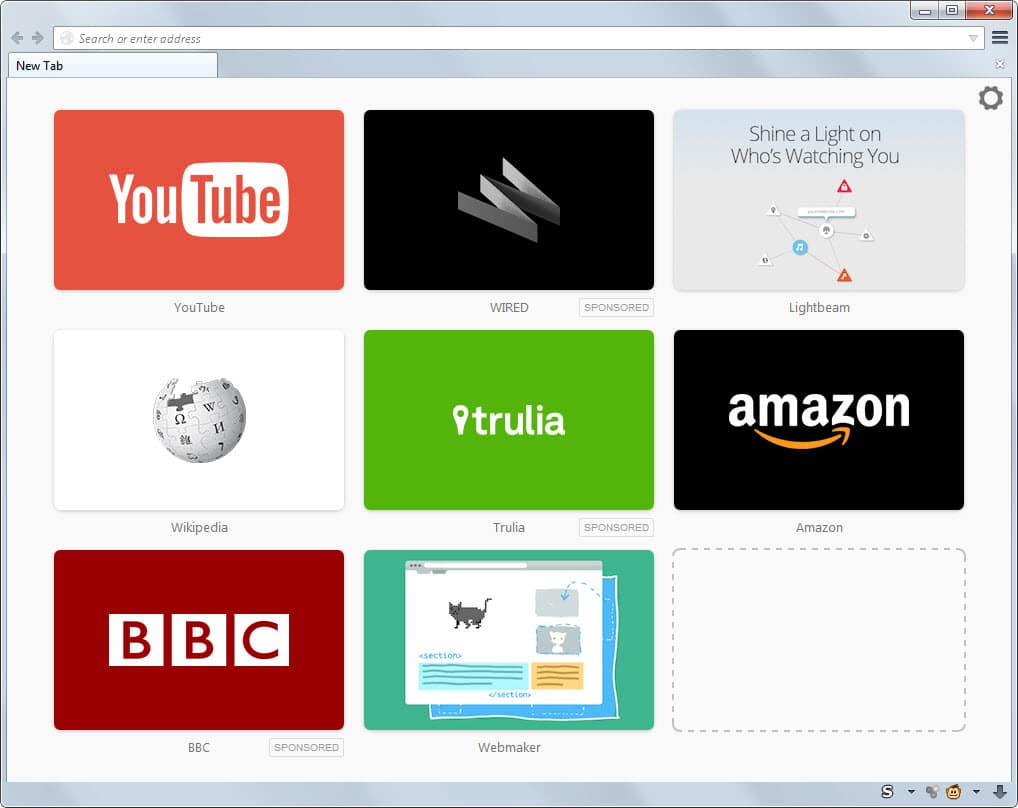 That must have come as a surprise to the people responsible at Mozilla, especially since the organization implemented options to disable sponsored tiles in the browser and Mozilla's public statement that it would not share personal information with publishers.

My opinion back then was that the feature was not worth it, not from a revenue point of view but also not when you take into account the damage to Mozilla's reputation (they claim they fight for user privacy and now they display ads in Firefox? What's next?).

The move to end Sponsored Tile advertisements in Firefox is a logical consequence of that. Herrman makes no mention of why Mozilla decided to drop it, other than that "users want content that is relevant, exciting and engaging".

It is very likely that revenue played a major role in the decision, especially when weighted against the community's opinion on the feature and the reaction of the press.

That does not mean that things will go back to normal though. Apparently, Mozilla wants to focus on "content discovery"  in the future instead.

We have therefore made the decision to stop advertising in Firefox through the Tiles experiment in order to focus on content discovery.

It is likely that Suggested Sites, another type of tiles that may show up on the New Tab Page, fall into that category.

Mozilla never revealed how Firefox picked the suggestions. The most likely explanation is that it uses the same technology that the experimental Personal Interest Dashboard add-on is using.

To sum it up: Sponsored Tiles are removed from Firefox once all booked campaigns run out. Mozilla wants to concentrate on content discovery instead making it likely that we are going to see new additions to that in future Firefox versions. Whether that will be like Opera's Discovery feature or something completely different is still unclear.

Now You: Have you seen sponsored tiles in Firefox since the introduction in the browser?