YouTube Gaming? Not in Germany (and maybe other countries) - gHacks Tech News
ghacks.net

YouTube Gaming? Not in Germany (and maybe other countries)

Google launched YouTube Gaming yesterday on the Web and as dedicated applications for Android and iOS. The applications are limited to the US and UK at the moment while the web version is accessible by users from all over the world.

After Google failed to acquire Twitch, decision were made to integrate live game streaming capabilities directly on YouTube.

YouTube is a popular destination for pre-recorded gaming videos and supports live streaming as well for some time.

The new YouTube Gaming intertwines those on the site and in applications. When you open the startpage of the service on the Internet you are bombarded immediately with several colorful showcases.

Popular games are highlighted in a sidebar on the left, there is another sidebar on the right highlighting featured channels, and a middle area that lists live gaming streams and popular videos on YouTube that are gaming related. 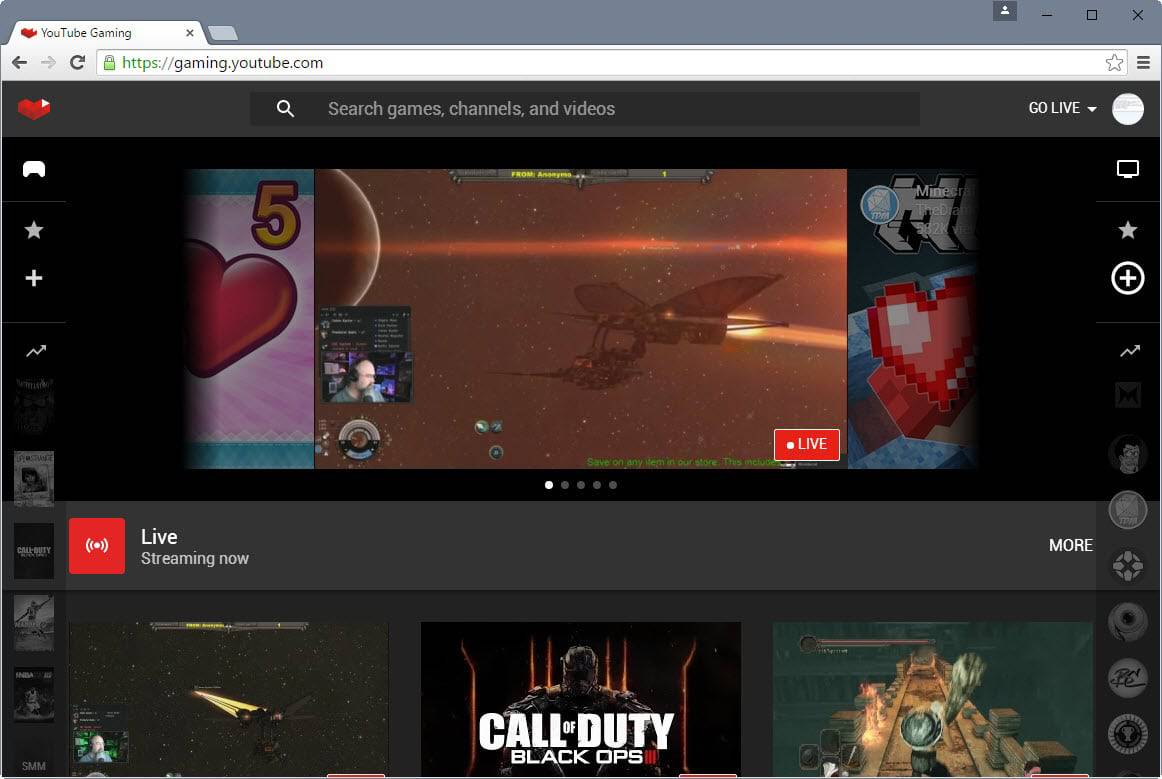 The actual video page is a cross between Twitch and YouTube's regular video offering. You find live comments on the right of the video for instance and the usual stats and stuff below it.

YouTube Gaming offers several interesting features. Search focuses on gaming for instance which means that you won't get non-gaming related content displayed in the results when you search for Quake, Call of Duty or Unreal.

The party ends immediately if you are connecting to the site from Germany (and maybe other countries).

As soon as you click on a live link, and it does not matter which, you receive the error message "Live Streaming is not available in your country due to rights issues".

This means that YouTube Gaming is largely inaccessible from Germany. While there is no explanation given on the site, it is likely that the blocking has something to do with Google's ongoing legal battle with GEMA, a state-authorized collecting society in Germany over music video compensation on the platform. 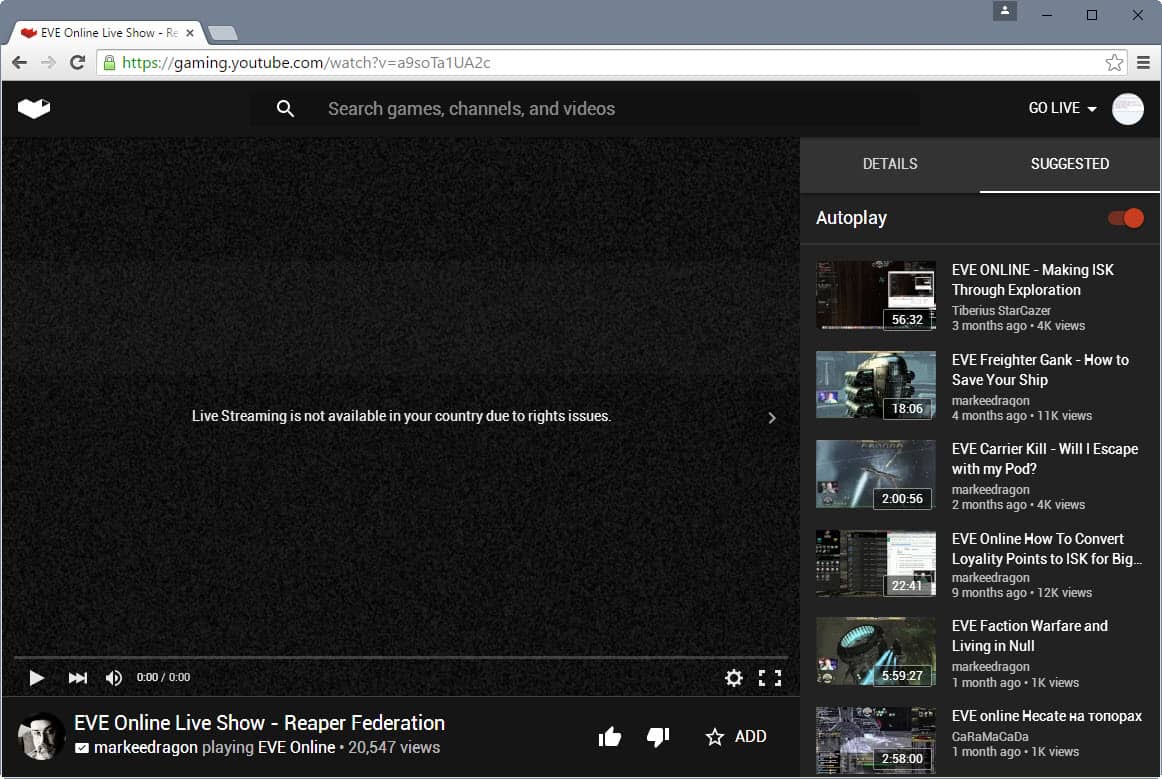 The only videos that people from Germany can play on YouTube Gaming are pre-recorded videos that are showcased on the site as well.

It is unclear if people from other countries are also blocked from watching live streams on YouTube Gaming or if this block is exclusive to Germany.

Only users from the US and UK can install the official application from Google Play or iTunes as it is geo-restricted.

Previous Post: « Valve fixed a Steam exploit that allowed anyone to take over accounts
Next Post: Future Nvidia Game-Ready drivers will require registration »