Google some time ago updated the Bookmarks Manager of the company's own Chrome browser. From a basic folder and list view to something that looked well on mobile devices but was highly impractical on desktop systems.

A recent announcement on the official Google Chrome Help Forum by Google employee Sarah Dee confirms a rather surprising turn of events: Google made the decision to restore the old Bookmarks Manager in the Chrome browser.

If you open the browser right now, you may notice that the old interface of the Bookmarks Manager has already been restored in Chrome.

This was the case for Chromium and Google Chrome Canary for instance, but not for Chrome Stable which still features the redesigned Bookmarks Manager.

Google did not mention when all versions of Chrome would receive the upgrade to the old Bookmarks Manager but it is likely that this is delivered with one of the next updates for the browser. 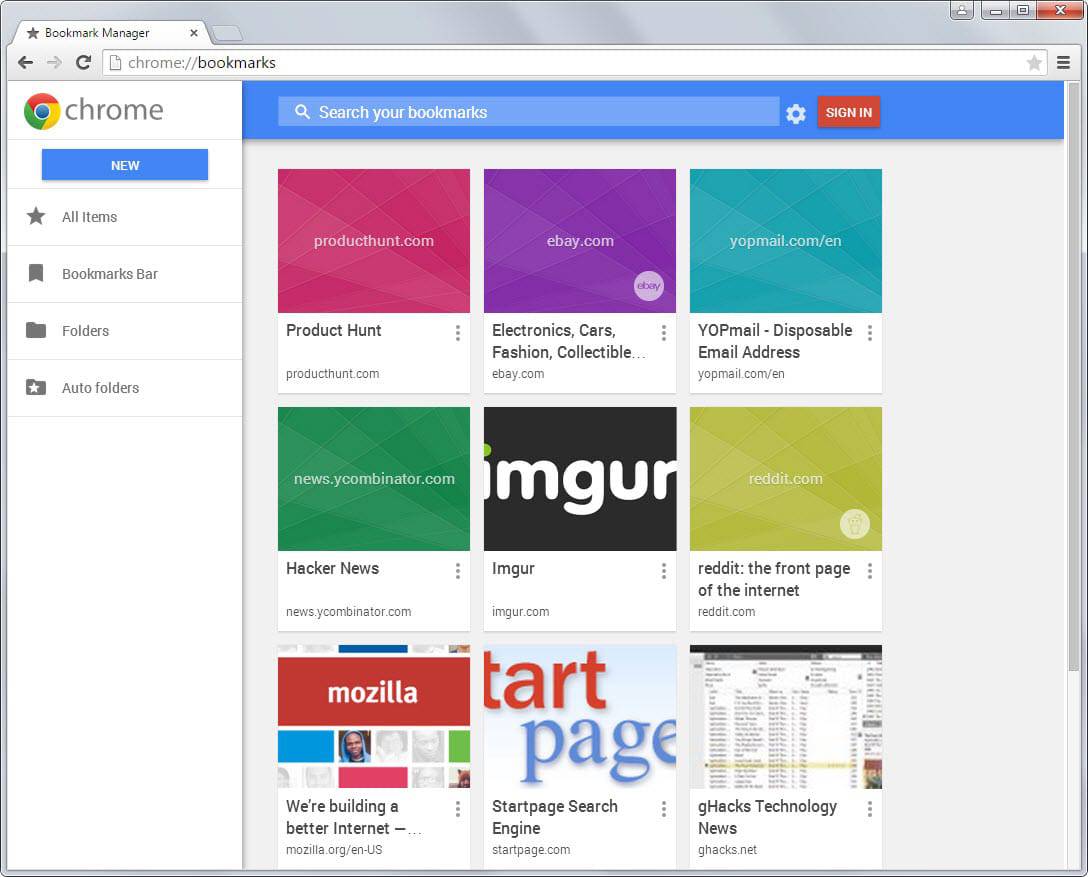 You are probably wondering why Google had a change of heart. Google does not reveal why it made the change in the announcement on the Google Chrome Help Forum, only that it made the decision "for the time being to bring back the previous version". A likely explanation is the bad reception the redesign received around the web but that has not kept the company from sticking to design and feature changes in the past.

Chrome users who prefer the new Bookmark Manager can download it as a browser extension for Chrome.  It replaces the current bookmarks manager with the redesigned version automatically upon installation.

While the classic Bookmarks Manager has been restored or is about to be restored depending on the Chrome version you are running, it appears as if Google is already planning to release a new update for it in the future. (via Caschy)

If you ask me, I never liked the new bookmarks manager as it looked fancy but was impracticable in my opinion. It worked well on mobile devices with touch-support but not on desktop systems.

Now You: Which version of the bookmarks manager do you prefer and why?

Martin Brinkmann is a journalist from Germany who founded Ghacks Technology News Back in 2005. He is passionate about all things tech and knows the Internet and computers like the back of his hand. You can follow Martin on Facebook or Twitter
View all posts by Martin Brinkmann →
Previous Post: « Scan all downloads automatically with Metascan Online in Chrome
Next Post: Google's in hot water after dropping binary code in Chromium for Linux »