How to use PhotoRec GUI to recover lost digital photos and files - gHacks Tech News
ghacks.net

The popular data recovery software TestDisk and its photo recovery pendant PhotoRec have both been released as version 7 yesterday.

PhotoRec, which ships with TestDisk distributions, recovers specific file types including many image formats but also archive and document formats.

Up until now, you had to run PhotoRec from the command line to scan for deleted files that you wanted to restore on a computer system.

The most recent version of the program ships with a graphical user interface which you can use instead for that.

The main advantage of the graphical user interface is that it makes things a tad easier as you don't have to navigate the available options on the command line anymore. 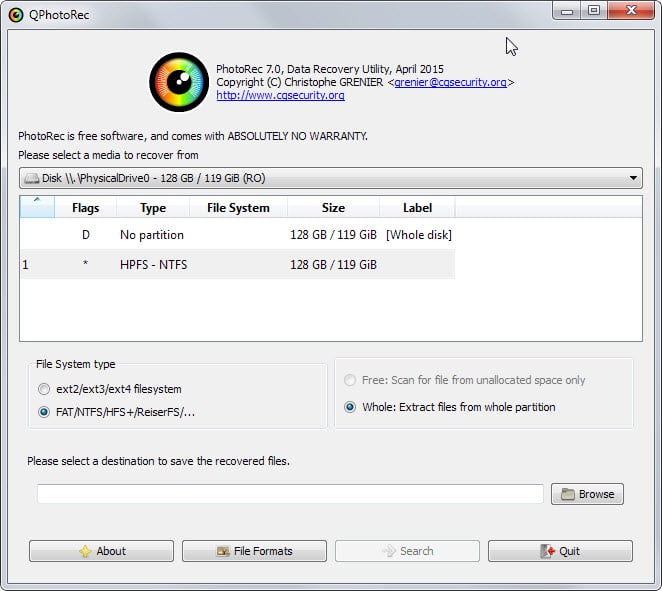 To get started, download the latest version of TestDisk & PhotoRec from the official website. If you are a Windows user, extract the contents of the archive afterwards on your system and run qphotorec_win.exe.

This launches the graphical user interface that you see on the screenshot above.

To recover photos or other supported file types now, do the following:

The scan may take a while depending mostly on the size and speed of the disk. The program identifies file types using signatures which it compares to the beginning of each data block on the drive.

A technical explanation of how that is done in detail is provided on the official site.

Please note that the program works different when it comes to recovery than other programs of its kind. Instead of displaying found files that can be recovered first to the user, it writes all recoverable files automatically to the target location.

While that is not a big issue at times, it becomes an issue under certain circumstances. For instance, you need to make sure that the target directory has enough free disk space to store all files. Second, you will end up with lots of unrelated files that you don't have any interest in.

To mitigate the second issue, remove all file types that you are not interested in before the scan to exclude them from the recovery process. If you are only interested in images for instance, you may want to disable exe, dll and other unrelated file types to speed things up and reduce the disk space requirement for the operation. 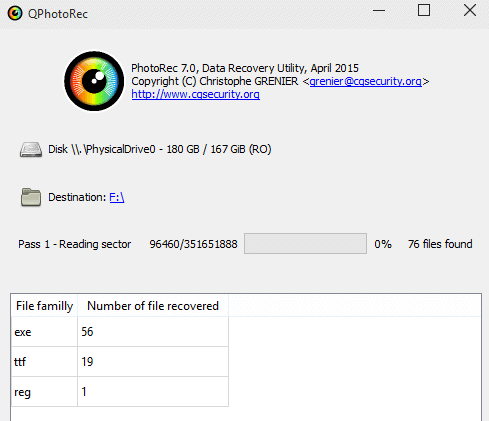 If you are looking to restore individual files, you may want to use programs such as Disk Drill or Recuva instead.

Several additional improvements went into the PhotoRec update including about a dozen new file types and a reduction of false positives for about 80 file formats.

Martin Brinkmann is a journalist from Germany who founded Ghacks Technology News Back in 2005. He is passionate about all things tech and knows the Internet and computers like the back of his hand. You can follow Martin on Facebook or Twitter
View all posts by Martin Brinkmann →
Previous Post: « How to remove Windows 10 upgrade updates in Windows 7 and 8
Next Post: Blank DVD needs formatting error when trying to burn data »