Animated Gifs seem to be everywhere these days. You find them posted on forums, on social networking sites, in chat messages, and even sites like YouTube have started to experiment with the generation of animated gifs.

Gifs have seen a revival in recent time which may seem puzzling to Internet users who had to endure them on homepages of the early Internet days.

One recent trend in regards to animated gifs is to turn them into videos instead and play them using HTML5 video.

This works as good as playing gif files directly in the browser but offers advantages such as smaller file sizes.

The highly popular image hosting and viewing service Imgur introduced the Gifv format some time ago.

Animated gifs uploaded to the service are automatically converted to the format and since it is a mp4 file at its core, it is reducing the file size of the gif significantly.

Imgur today launched the next chapter: a Video to Gif conversion service that supports hundreds of different video sites. 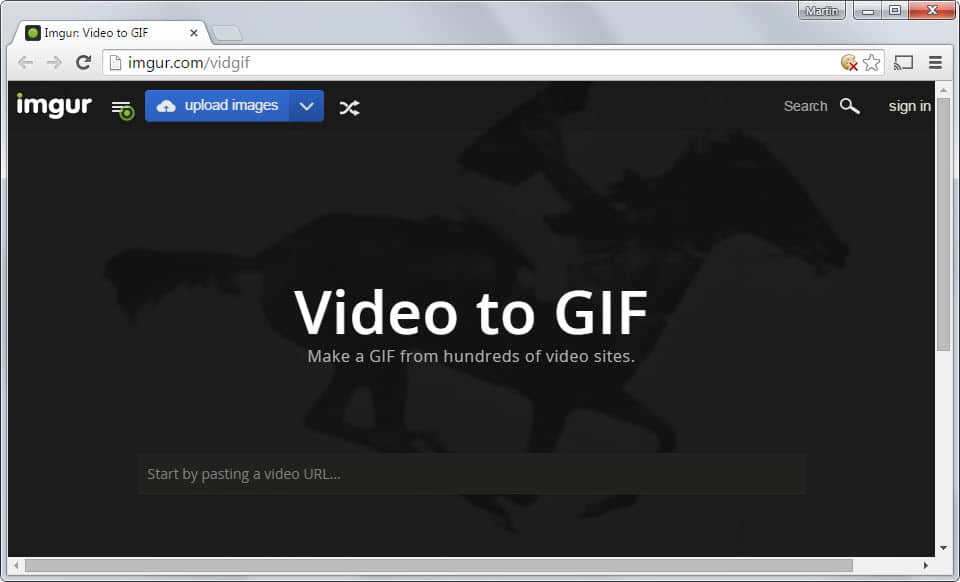 The conversion may take a while depending on the video source and interval that you want turned into an animated gif.

The resulting video is automatically hosted on Imgur where you get the usual sharing and display options.

If you want to know how this looks like, check out this Imgur page.

Video to Gif is currently available on the desktop version of Imgur. I have tested the feature with various video hosting sites including YouTube and Vimeo and all that I tested worked just fine.

As far as limitations are concerned, there are some however. The animated gifs cannot exceed 15 seconds playtime for example, there is only room for one caption and you cannot change the output resolution at all.

Imgur's Video to Gif service is not the only service that is tapping into the niche. There is Gif YouTube for example which works only on YouTube, Giphy which is a search engine for animated gifs and Gfycat which turns animated gifs into mp4 files.

Article Name
Imgur launches Video to Gif service
Description
Imgur launched its Video to Gif conversion service today that you can use to turn videos hosted on sites like YouTube or video into animated gifs.
Author
Martin Brinkmann
Advertisement