The Internet Archive may have started as a website preservation service but it has since then expanded into many different areas.

It is now offering access to movie, audio, software and image archives. One recent addition to the archive is its games section.

Up until now, it offered downloads for various home computer systems and video game consoles, and options to play some of those games online were added recently as well.

Today, the operators of the site have added almost 2400 DOS games to the archive. These games can be played right on the site as well, and what may be the most interesting fact about this is that it contains many classic games. 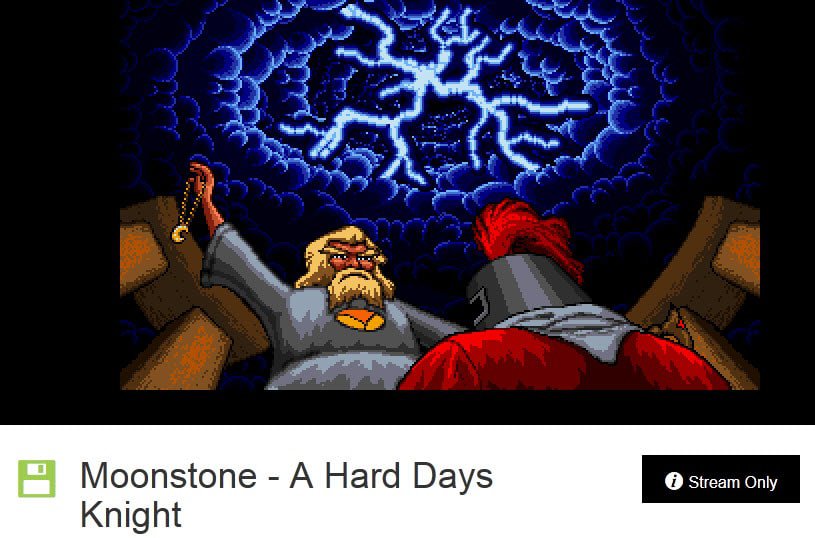 Games are sorted by views by default which you can change to title, date or creator. A search is available that you can use to find specific games that you are interested in.

All games play in DosBox which is streamed to the local computer system. All you need to do is click on the game that you want to play, and then on the play button once the new page has loaded.

It takes a while for DosBox to start up and when the logo appears, click on it to start the stream. This should work in any modern browser provided that JavaScript is enabled in it. Microsoft's Internet Explorer is not compatible currently but the developers promise to deliver IE compatibility in a later update.

Since the emulator runs in a virtual machine that is streamed to the browser, some users may notice slow downs or other issues related to that as it requires quite a bit of cpu while running.

You can use the mouse and keyboard in games. If you are using the mouse, you may see two mouse cursors which you can avoid by running the game in fullscreen. If you are using the keyboard, you control movement with the arrow keys and run actions with the return key (the good old times of having a joystick with a single button). I was not able to test gamepad support due to the lack of one.

Note that there is no saving which means that it is near impossible to complete some of the games unless you keep the game running in the browser at all times until you complete it. Once you close the tab or browser window, the game is gone and when you reload it, you start from the very beginning again.

The DOS games section offers an excellent opportunity to relive (childhood) memories or play classic computer games for the first time. (via Caschy)