Firefox soon to include Tor natively?

Many Internet users think that Mozilla has to step up its game to compete against the Chrome browser and see eye to eye with that browser when it comes to usage share and other metrics.

Firefox is without doubt still a formidable browser, loved by its users for its customization options, the add-ons, memory usage and the philosophy of Mozilla, the organization behind it.

Mozilla is however criticized as well, for focusing on the wrong feature additions for example or concentrating on mobile development.

If you think about what Mozilla could do to improve the browser significantly, you may list out-of-process tabs as the number one feature.

Firefox is already a strong force when it comes to privacy on the web but if rumors are to be believed, it could get a feature that would set it apart from its main competitor Chrome further.

The Daily Dot reports that Tor may be heading to Firefox. Tor is a privacy software that protects users on the Internet. It is available as a standalone version right now in form of the Tow Browser which is based on Firefox ESR.

The benefit for Mozilla is that the browser's private browsing mode gets a great upgrade while the Tor projects benefit is that the technology is being distributed in one of the most popular web browsers available on today's Internet.

According to the mag, Tor executive director Andrew Lewman mentioned that the project is in discussions with a company that is holding roughly 10-20% of the global market of 2.8 billion Internet users. 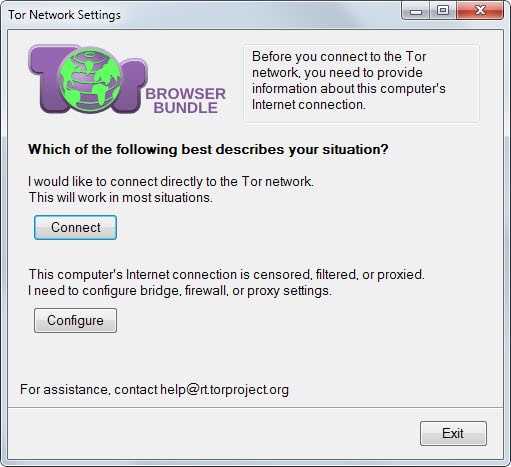 While Mozilla was not mentioned by name by the director, the description fits Mozilla perfectly. It is too early to tell if Tor will indeed find its way into Firefox but if will, it could become a major asset for Mozilla.

Tor would improve Firefox's current private browsing mode significantly. The current implementation aims to remove tracks on the local device only while TOR would protect users while they are connected to the Internet.

There is still work to be done even after talks finish successfully. A surge in users without proper resource upgrades could slow down traffic to a trickle. Considering that integration in Firefox could very well multiple the Tor user base over night, it is something that the Tor project and Mozilla would have to work out before making available the option to run Tor from within Firefox.

Now You: What's your take on this? Is it a good idea or would you prefer that Tor and Firefox would remain separate products?

Update: A Mozilla spokesperson had this to add:

“Mozilla and the Tor Project share many of the same values and goals, such as building user trust in the Web and giving users more capabilities to navigate the Web on their own terms. We have a long-standing relationship with the Tor Project and regularly discuss ways we might collaborate to strengthen the open Web and deliver a better browsing experience for Firefox users, but have no specific projects to share at this time.

Article Name
Firefox soon to include TOR natively?
Description
Will Mozilla integrate the anonymity and privacy software Tor into Firefox natively in the near future?
Author
Martin Brinkmann
Advertisement

Martin Brinkmann is a journalist from Germany who founded Ghacks Technology News Back in 2005. He is passionate about all things tech and knows the Internet and computers like the back of his hand. You can follow Martin on Facebook or Twitter
View all posts by Martin Brinkmann →
Previous Post: « Browsing proxy ZenMate now also available for Firefox
Next Post: Firefox OS-powered Chromecast alternative MatchStick: better hardware, open, cheaper »