Support for Windows 8 is highly confusing

When Microsoft released the Windows 8 operating system back in 2012 -- is it really that long already? -- it released two distinct versions of it. The regular version of Windows 8, successor of Windows 7, that can run desktop programs and apps, and the RT version, which can only run apps.

It is almost certain that some customers bought RT only to find out that they cannot run desktop programs on it, but that is not what this article is about.

Microsoft published Windows 8.1 eventually a year later which improved the operating system in several ways. It improved usability for mouse and keyboard users and application handling among other things.

Windows 8.1 Update 1 was published in April 2014 and with it came additional improvements aimed at mouse and keyboard users such as context menus on the start screen, a titlebar for Windows apps, or changes on the desktop to make non-app versions default programs on those system.

Support however is quite confusing. Microsoft supports Windows 8 and Windows 8.1 Update, but not Windows 8.1 (without the last update). This means that Windows 8.1 users who don't update to Update 1 won't receive updates for the operating system anymore until they do. 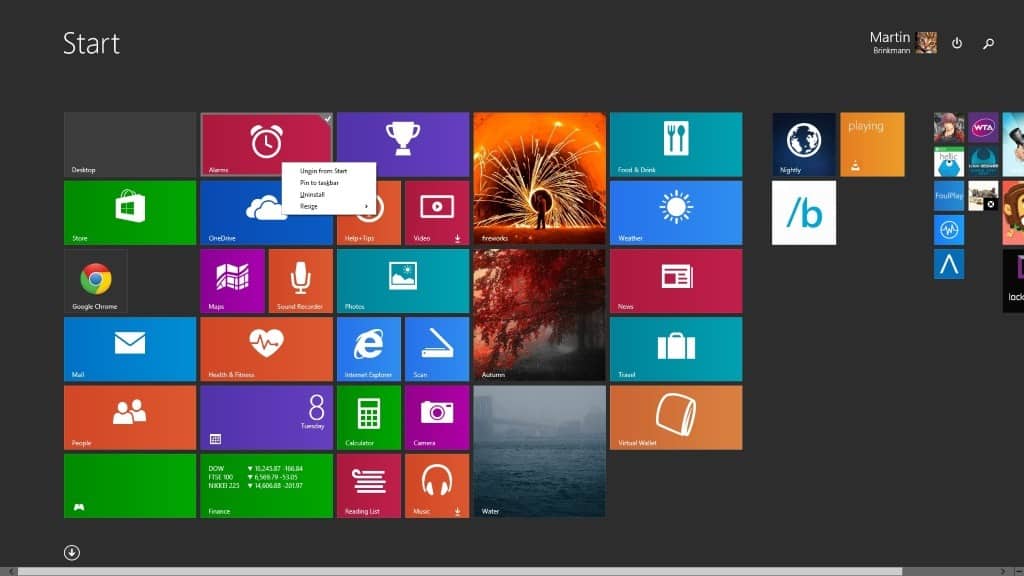 Companies that track usage share can only do so for Windows 8 and Windows 8.1, and not for the most recent update as it is identifying itself as Windows 8.1 as well.

It is not clear why Microsoft made the decision to block updates for Windows 8.1 users who don't upgrade to Update 1. The most likely reason is that the company does not want to fragment the operating system any more than it already is.

On the third-party side of things, support may also not be available for all Windows 8 versions. AMD's latest 14.6 beta drivers for instance don't support Windows 8 anymore while they do support Windows 8.1 and Update 1 just fine.

Where does this leave the user?

If you want to make sure that you receive system and software updates for your Windows 8 PC, you may want to upgrade to the very latest version of the operating system that Microsoft makes freely available.

To update from Windows 8 to 8.1, visit the Store to do so. It should highlight the update there for you so that you can install it right away.

The Windows 8.1 Update 1 update should be installed automatically if you have automatic updates enabled on the system. If not, type Windows Update on Start and select the result of the same name. Click on check for updates and install all updates that the check finds.

Now Read: Find out which version of Windows you are running

Martin Brinkmann is a journalist from Germany who founded Ghacks Technology News Back in 2005. He is passionate about all things tech and knows the Internet and computers like the back of his hand. You can follow Martin on Facebook or Twitter
View all posts by Martin Brinkmann →
Previous Post: « How to get security updates for Windows XP until April 2019
Next Post: How to reset Windows font settings and restore default fonts »