Firefox 29 (new interface) released: Find out what is new

Firefox 29 ships with an interface redesign called Australis, a new customization mode that goes along with it, and a redesigned Firefox Sync synchronization feature that is incompatible with the old.

Mozilla will make available Firefox 29 to all users of the stable version of the web browser over the course of the next 24 hour period.

Existing Firefox 28 installations will be updated to Firefox 29 in that period if they have enabled automatic updates in the browser. The same is true for Beta, Aurora and Nightly versions of the browser which will receive an update to the next version as well, in this case version 30, 31 and 32 respectively.

The update to Firefox 29 is already available on the official Mozilla FTP repository and third-party sites. While you may head over to one of those download locations right now, it is usually better to wait until the release is officially announced as last minute changes may replace the current build with a different one.

You can check which version of Firefox you are running by tapping on Alt, and selecting Help > About Firefox from the options menu. Alternatively, load about:support in the browser's address bar right away.

If you plan to download the new version, note that net-installers are provided by default. If you want full installers, check out our Firefox full installation guide.

Since this is release with major changes, you may also be interested in testing it before you make the upgrade. 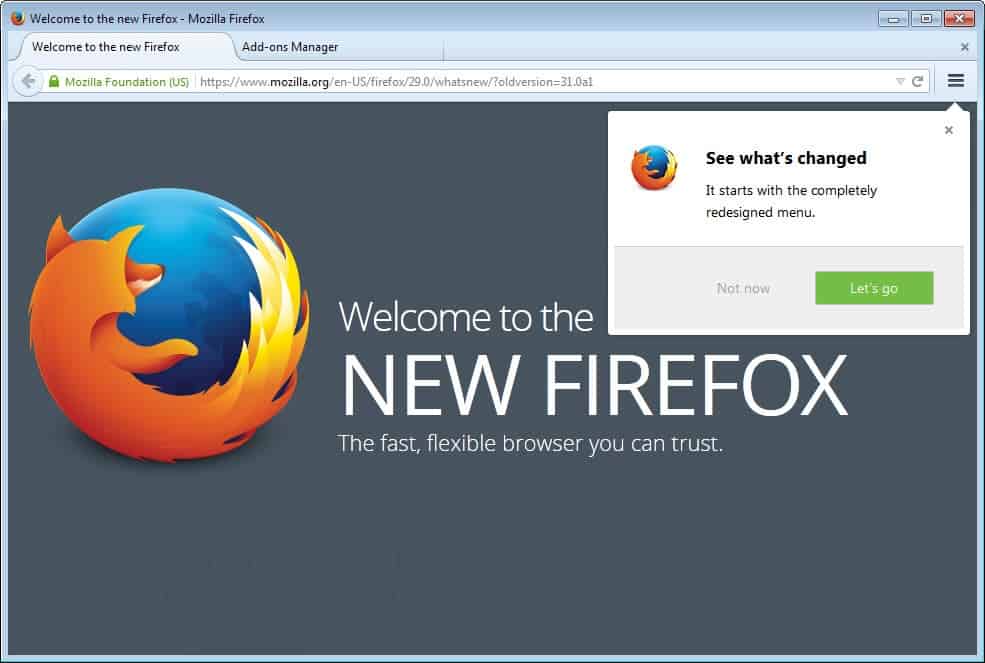 Firefox 29 features a major interface rebuild that Mozilla named Australis internally. A tutorial is displayed on first start to users who upgrade to Firefox 29 which aims to highlight the major changes of the new interface to users to make adaption easier.

A set of new improvements to the Firefox user interface 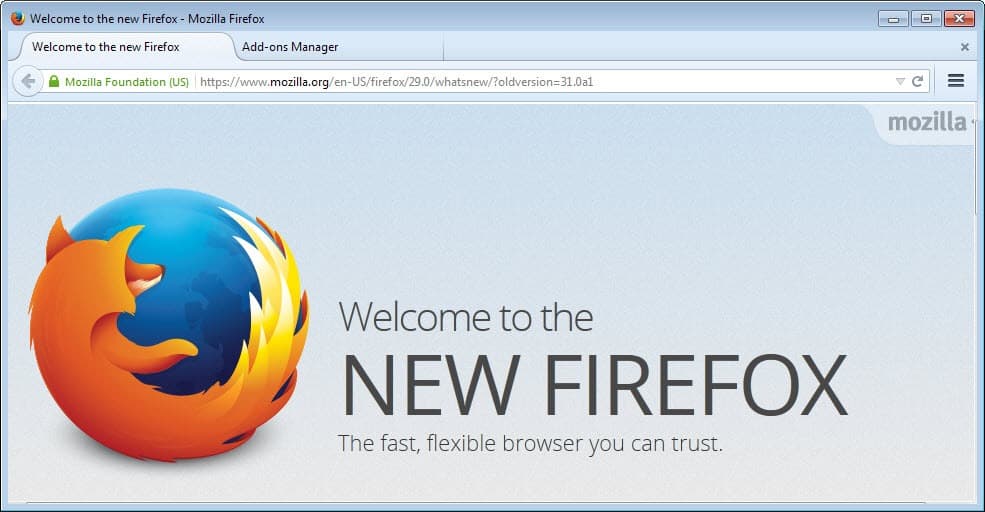 As mentioned earlier, Firefox 29 ships with a new interface that moves, removes and changes interface elements of the browser.

The new interface is an improvement according to Mozilla, as it is simplified and flexible. It "helps you get things done, faster" thanks to the new tabs design, and the new customization menu.

The first thing you may notice is that the Firefox button is gone, replaced by a Hamburger button on the opposite side of the interface.

You may also notice the curved tabs, that the add-on bar is gone (if you had enabled it), that tabs are no longer displayed on the bottom (if you had them there), that the bookmarks icon has been merged with the bookmarks button and moved out of the address bar, that you cannot move some interface elements such as the back and forward buttons anymore, that buttons are displayed larger (small button mode is gone), and that there is no option to display icons and text in the interface anymore.

You can bring back the majority of interface elements that were removed by installing add-ons. Read our guide on how to do so here.

A redesigned and improved customization mode 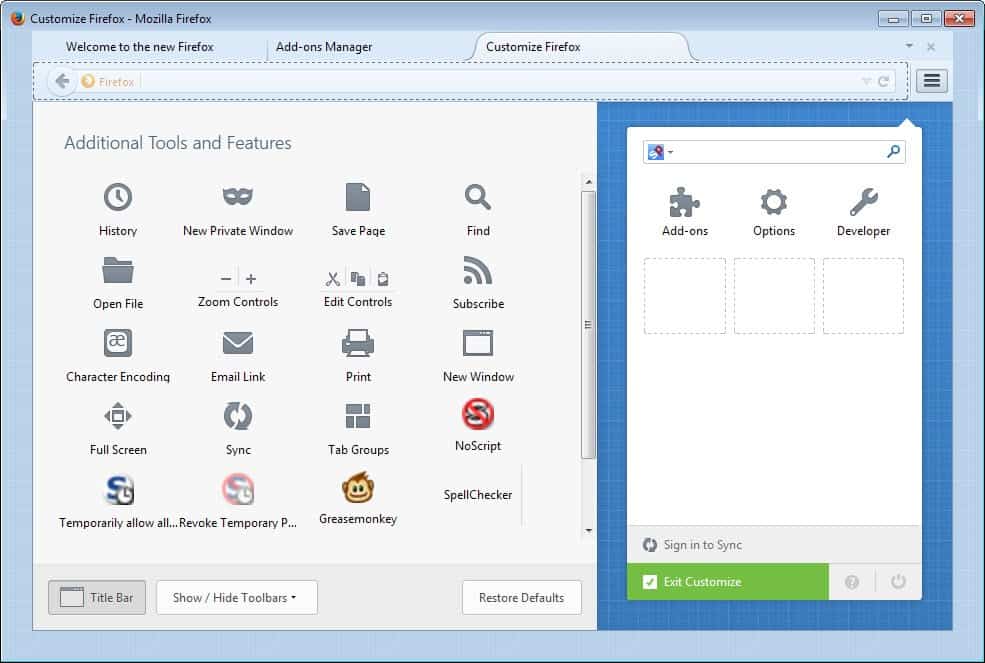 The new customize mode displays directly in a browser tab. It allows you to drag and drop most toolbar elements and icons displayed under additional tools and features, to the browser UI.

Note that browser UI in this regard means the main Firefox toolbar, the bookmarks toolbar that you can display additionally, and the new Firefox menu.

You can customize the new menu to your liking, as the majority of icons displayed here by default can be removed. Only the bottom links and buttons starting with "sign in to Sync" cannot be removed or moved.

What is interesting here is that you can move add-on icons to the menu as well, and may need to do so if you have not installed an extension to bring back the add-on bar or another toolbar.

The core reason here is that all add-on icons are now displayed in the main toolbar as well. If you have many, you may notice that not all are displayed here as Firefox cuts them off so that enough room for the address bar and search bar remains.

The tour walks you through some of the new features. Here it is in its full glory: 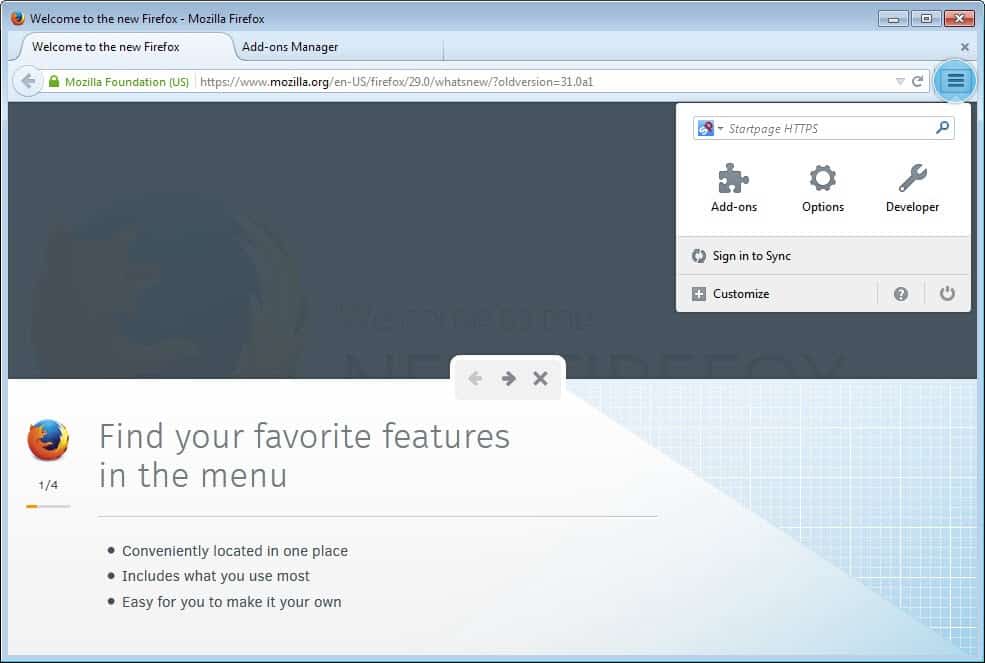 I have published a guide that explains how you can set up the new Firefox Sync on your system. The major change is that you need an email address to set up an account now.

You do use the email address and a password now on all devices once set up to enable the synchronization, so that you do not have to juggle around with keys anymore to do the same.

Note that you will create a Firefox Account in the process.

It is still possible to set up and use custom Firefox sync servers.

The gamepad API should have been included in Firefox 28 originally but has now found its way into Firefox 29 instead.It was available since Firefox 24, but disabled and had to be enabled on about:config by setting dom.gamepad.enabled to true there. This is no longer the case.

It adds gamepad support to the Firefox web browser which web developers can now utilize for their games.

Additional information about the API are available here. 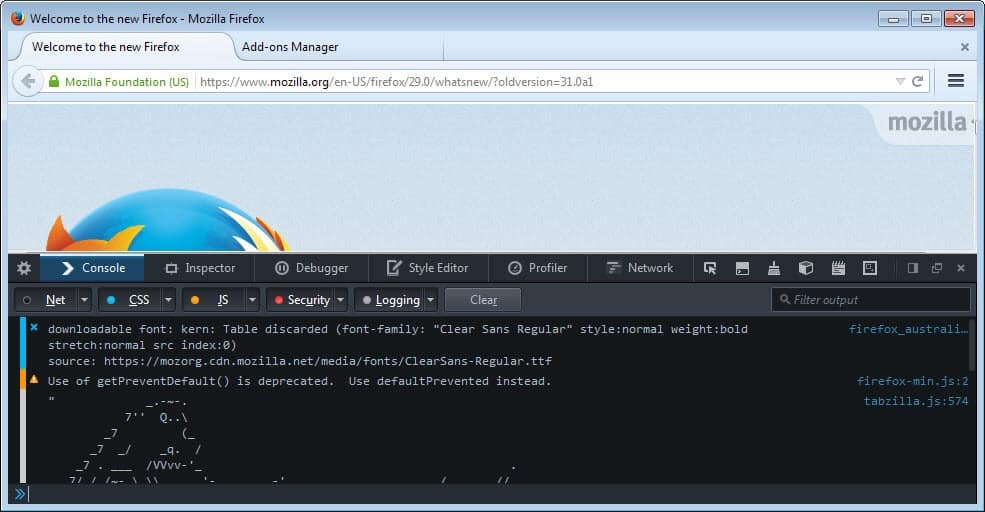 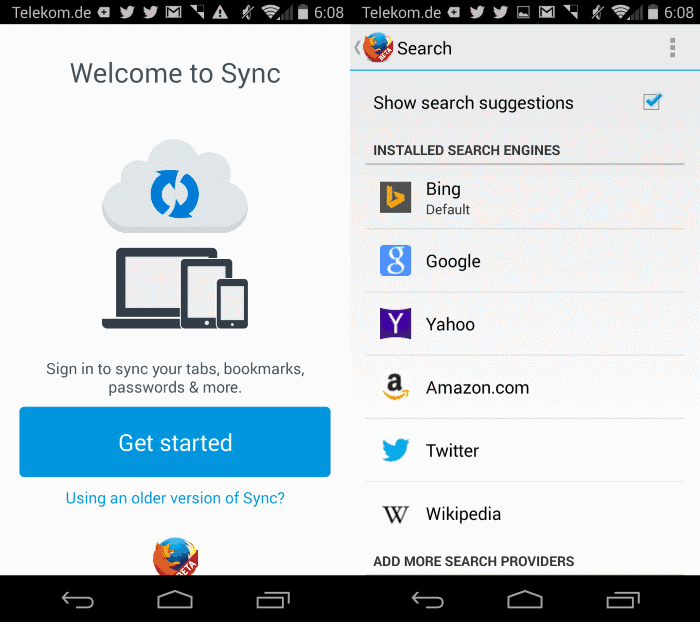 The Android version of Firefox shares many features with the desktop version. The following major changes have been introduced in Firefox 29 for the Android operating system.

Security information are published after the release of the new Firefox version. We add the information once they become available to the public. 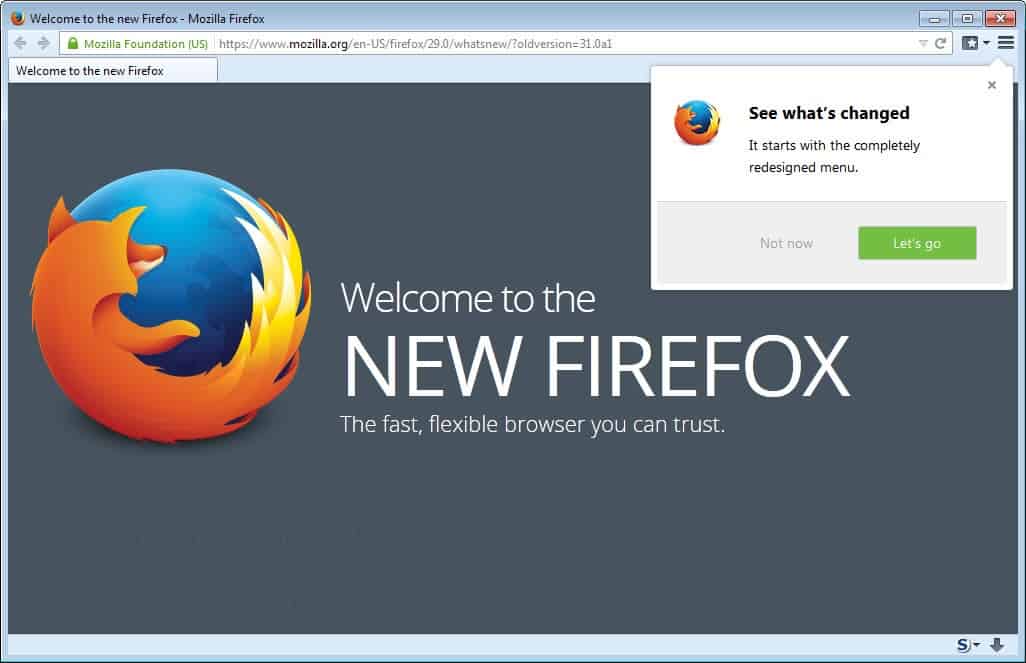 Martin Brinkmann is a journalist from Germany who founded Ghacks Technology News Back in 2005. He is passionate about all things tech and knows the Internet and computers like the back of his hand. You can follow Martin on Facebook or Twitter
View all posts by Martin Brinkmann →
Previous Post: « How to test a new Firefox version before your browser is upgraded
Next Post: How to combine Firefox address and search bar »