Ghacks reader Swapnil was nice enough to send over a truckload of Windows Phone 8.1 screenshots and information, and I decided to post them as a gallery here on the site.

This is not your typical Ghacks post though so keep that in mind. I merely linked all the information that he provided me with and uploaded all photos that he took to the site.

I still think that this is pretty useful, especially if you consider getting a Windows Phone 8.1 device or update your existing device to the new operating system.

His phone is a Nokia Lumia 620 with 512 MB of RAM. He upgraded from Windows Phone 8.0 and noticed a massive boost in terms of speed. 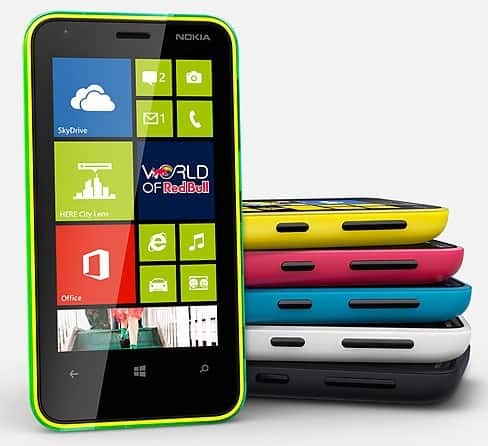 Anyway, here we go. Everything from this point on forward is provided by Swapnil

The address bar button (button to left of address bar) , previously used for refresh/stop is now for tabs/favourites (configure via Settings). The next photo shows IE settings, which reveal Data Sense saving feature, similar to various browsers that have data compression feature (like Opera Mini). The intensity of data saving can be configured from standard to high, and you can have it turn on automatically when required, or off at all times.

We can now go back or forward using swipe features. Swiping to the left goes to previously browsed page, and swiping to the right does forward. Previously there was no way to go forward in IE Mobile.

InPrivate tabs are now available and can be opened from the three-dots ( ... ) menu in Tabs.

WebGL support is also available and I have attached screenshots of two Khronos WebGL tests.

The 6 tabs at a time limit has been removed as well, and I tested by opening 25 tabs on my phone.

IE 11 Mobile also allows us to use the  hover menus, for use on the websites that do not have a Mobile version and serve desktop version to both clients.

File uploading allows files to be uploaded from Photos or from various pre-created folders in Phone. Clicking on Phone option yields the list of folders.

The Action/Notification center can be accessed in a way similar to Android, by swiping down from top and can be closed in a similar way. The interface again resembles Android. The quick action buttons are customizable via settings.

Windows Phone 8.1 has new keyboard options as well. For instance the word Flow keyboard is available now, allowing users to type by moving their finger from one letter to another without lifting between letters.

Also when we now type words such as letter, phone, action or email, the autocomplete now offers icons as well. Tapping on the icon and doing a backspace gives more icons relevant to the typed word.

The Phone app now includes Speed Dial functionality as well, and it is now possible to view call duration for the call log.

The Xbox Music+Videos app has been split into Music and Video apps, and there is also a Podcasts app. The picture for Music app is attached.

The Calendar app now has a week view, and also combines weather info with the days.

There is the much-awaited separate volume controls for notifications/ringer and media/apps.

The Games' hub UI has been updated, and there is now the option to check Xbox Live profile messages.

I don't have access to Cortana as its US-only for now. I will cover the rest of the update shortly.

The Store has got a new UI. We can allow apps to update automatically ( its the default setting) and can also now manually check for updates.

The app review section has been improved and greatly resembles that of Windows 8.1's Store, adding voting for helpful reviews and sorting reviews by most helpful, most recent, lowest rated and highest rated.

It is easy to reinstall apps as the store now offers 'my apps' list, where apps already paid for but not installed can be installed. There is also the option to view download history, which shows when an app was installed/updated.

Camera app:  The Camera has a new UI along with burst mode for photos. The settings on the top are customizable.

The Sense apps: The Data Sense app has been updated with new options to restrict background data usage. Two new apps have been added: WiFi Sense and Storage Sense. The Storage Sense app is just an updated phone storage view now with option to view the space occupied by each app (previously absent from non-Nokia phones).

The WiFi sense feature (accessed from WiFi under Settings) photo shows its function.

WP 8.1 also includes many enterprise features like S/MIME for email, VPN and others (the list should be available on the Internet from BUILD announcement).

I also got updates for the Calendar, Games and Podcasts system apps via Store, which may suggest that system apps can now be updated via Store, instead of being updated only in new version updates of WP.

There is also the option to project phone screen wireless or via USB. On my 512 MB RAM device, the settings tell me that I can only project my screen via USB. Also Lumia 1520, 930 and Icon are going to support Miracast, according to Nokia.

Previous Post: « You do not need the anti-social app Cloak to avoid friends
Next Post: Maps With Me Lite is an offline mapping app for mobile devices »