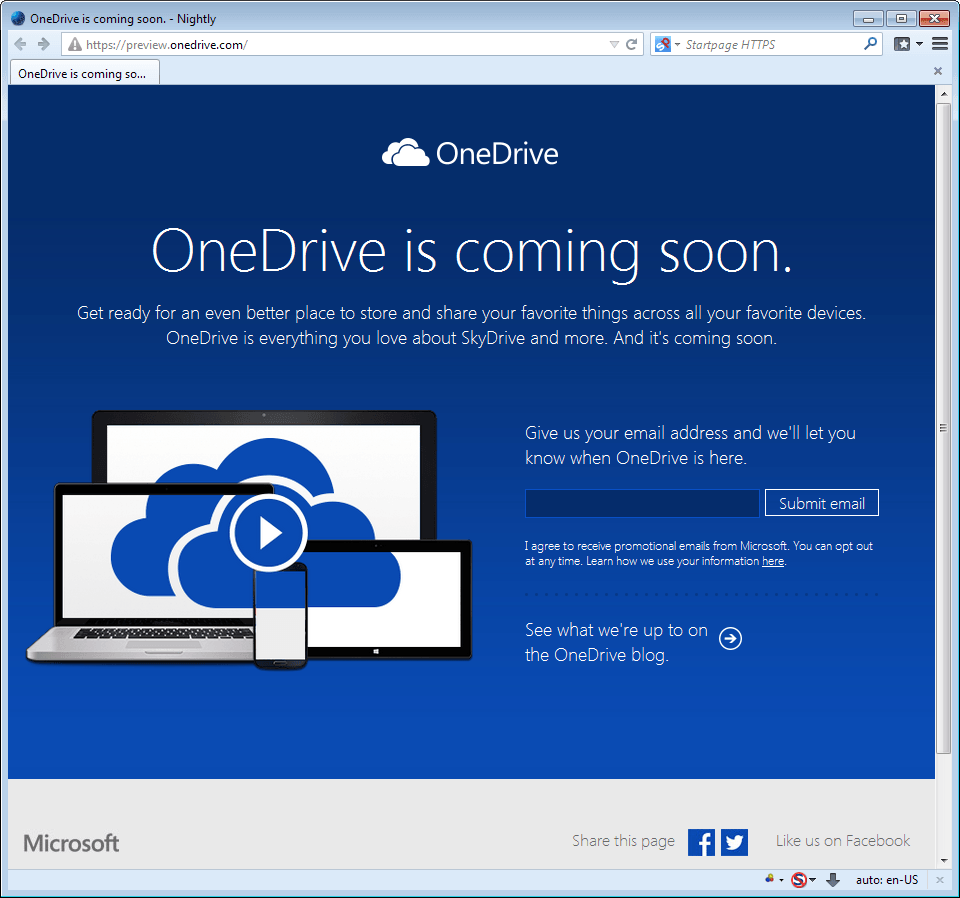 Ah, Microsoft and the names it selects for its products. First it was Metro for the new Windows 8 user interface or design language, which had to be changed because of German Metro AG.

And now SkyDrive, which the British Sky Broadcasting Group did not like at all. It was clear that Microsoft had to pick a new name for the file synchronzation, hosting, and viewing and editing service.

The new name for SkyDrive has been announced, and it is: OneDrive. Why OneDrive you may ask? Microsoft gives a short explanation on the new OneDrive blog:

So, one remote storage space for all of your files, regardless of type. Not ingenious if you ask me, but close enough to the original name so that the name change itself should not confuse the majority of users too much.

Existing users of SkyDrive or SkyDrive Pro are all set according to Microsoft. Service will continue uninterrupted and the only thing that is going to change is the name of the product, and the website the files are made available on.

Instead of using skydrive.com for that, the new destination is onedrive.com. It is likely that an update to the SkyDrive client will apply the name change and make sure that the new domain name is used when you want to access or share files.

Microsoft has created a video for the new OneDrive, which you find below:

New users who do not use SkyDrive yet can head over to the OneDrive website to receive information when the service opens for business. It is interesting to note that SkyDrive is still functional at the time of writing, so that you can still sign up for an account if you so desire.

This will change when OneDrive is officially open for business.  What is your take on the name?

Martin Brinkmann is a journalist from Germany who founded Ghacks Technology News Back in 2005. He is passionate about all things tech and knows the Internet and computers like the back of his hand. You can follow Martin on Facebook or Twitter
View all posts by Martin Brinkmann →
Previous Post: « Microsoft Security Bulletins For January 2014 overview
Next Post: Microsoft Security Bulletins For February 2014 overview »