The tech I use daily as a freelance writer - gHacks Tech News
ghacks.net

The tech I use daily as a freelance writer

The other day my colleague Martin Brinkman wrote a bit about what he uses every day. Surprisingly, given we both do essentially the same job, we are somewhat separated in what we use. While Martin touched on software, I wanted to mix things up a bit and mention the hardware as well.

This isn’t, by any means, everything I use, but it is what gets me through most days. I’ll mention other favorite technology at the end.

Martin and I separate right off the bat here. He uses Firefox and, while I like the browser and have it installed, Chrome is my go to. I use several extensions to manage tabs, including Tab Cloud (which works with Firefox also). Grammarly aids me in writing, by highlighting any typo – helpful, given we all tend to make them. 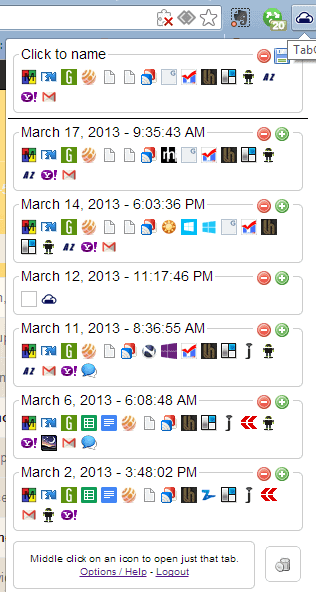 I don'’t write in WordPress or Drupal or any other CMS, I’ve learned to not trust them -- I lost too many stories in the past to browser problems. Instead, I write everything in Word, and then copy it over when completed.

I pay for a subscription to Office 365 Home Premium, and the $9.95 per month fee nets me five licenses, so I can run it on multiple computers and, when I change a device, I can cancel a license and get it back to install on the new system.

I have a rather obvious need to take screenshots, multiple ones on a daily basis. For this I use PicPick, a free lightweight program that springs from the system tray whenever I tap Alt-PrtSc, or any similar combination. It has sufficient editing features, such adding arrows, boxes, text and highlights. It’s more than enough for my needs.

I own a desktop. It sits right next to me on the semi-circular desk I use. But honestly, it functions more as a home server, with terabytes of storage, holding a collection of ripped music CDs and DVD movies. It serves this media out via Plex to tablets and Google TV in the living room.

For my work, I prefer my laptop – an Acer Aspire M5 with 8 GB of RAM and a 500 GB internal drive. It has a 15.6-inch screen and no optical drive -- it’s an Ultrabook without the SSD. I also prefer not to use a touchpad, so I have a Logitech T630 Ultrathin Touch Mouse (seen above). It’s Bluetooth, uses gestures, and has built-in Windows 8/8.1 functions.

I have a lot around me on this rather large desk. There’s a Chromebook (the HP 11), which I like, but only use occasionally. There are three tablets – a Kindle Fire HD (last year’s model), Kindle Fire HDX and Asus MeMO. A 2013 Nexus 7 went to my son

Similarly, there are three phones, consisting of a Galaxy Nexus, Nexus 5 and Nokia Lumia 928. The Galaxy Nexus is the one I spend the most time using.

I could go on with a bunch of little details about USB drive, routers and switches, and other stuff that would likely bore you to tears. But, I’ve covered what gets me through my days, and that was the goal of this. I should probably mention Google Play Music All Access -- otherwise I'd go mad in an office of one.