Reicast is a Dreamcast emulator for Android

by Martin Brinkmann on December 24, 2013 in Google Android - 5 comments 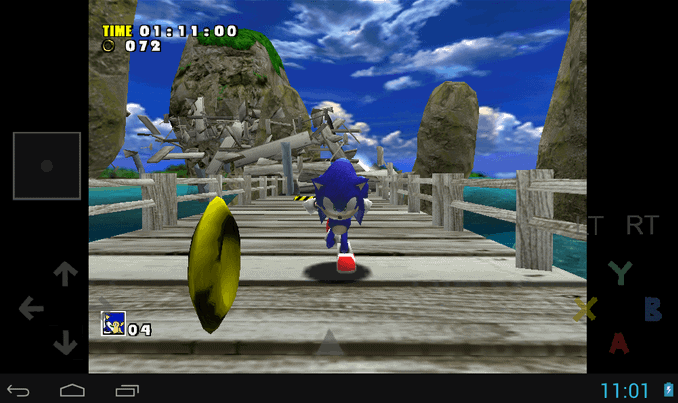 Ah, the Sega Dreamcast. Sega's last console which was in many ways ahead of its time. I did buy a Dreamcast on launch day and while the games that shipped on that day where anything but great, the console itself saw some great releases over its short life span.

I'm not talking about the yearly iteration of EA's sport series, or the latest blockbuster Call of Duty or Battlefield games, but original games that were only released for that system or released for it first, or in the best available version of them all.

If you want to replay some of those games, or start to play them anew, you may buy a Dreamcast on a marketplace like eBay. If you do not have enough storage, or want something for on the go, you may want to try an emulator instead.

Reicast is a Dreamcast emulator for Android. The developers consider it alpha in its current stage, which means that bugs, performance and stability issues, and other issues are to be expected at this stage in development.

That does not mean that it won't work, as you can already play games on your Android device.

As far as hardware specs are concerned, the devs suggest at least a Cortex A9 dualcore processor with 1 Ghz or more.

Before you can start to play any games, you need to add the original Dreamcast Bios file to a location that the emulator can load it from.

You get it by dumping it if you have access to an original Dreamcast console at home. Here is a video with instructions on how to do so.

Once you got the Bios files, you need to place the dc_boot.bin and dc_flash.bin files in the folder dc/data that you create on your phone. The emulator will display an error message if the files are not present and quit afterwards.

What you also need are game roms that you can also dump from the Dreamcast. A thread on Neogaf confirms that several games are working, albeit with glitches. Among them are Soul Calibur and Daytone 2001 or Sonic Adventures.

Nvidia's Shield seems to be a solid device for the emulator, and a version for the Ouya is also available for users who want to play Dreamcast games on that device.

Here are a couple of videos demonstrating the current state of the emulator. First, the Oyua version

Then Sonic Adventure demo by the developers.

Yes, the emulator has glitches and depending on what hardware you use, you may experience crashes and other issues. It is still a great thing, and well done for a first release.

If the developers keep on optimizing the emulator, it may one day run most games without any of the issues that are currently experienced.

The costs of getting involved -- legally -- may be quite high for some, as you need a Dreamcast console to dump the BIOS and the game Roms that you need to dump from the original game discs. Still, it may be worth it if you want to play Dreamcast games on your Android device.

Martin Brinkmann is a journalist from Germany who founded Ghacks Technology News Back in 2005. He is passionate about all things tech and knows the Internet and computers like the back of his hand. You can follow Martin on Facebook or Twitter
View all posts by Martin Brinkmann →
Previous Post: « Track your Caffeine Level throughout the day
Next Post: Band of the Day for Android: showcases a new artist every day »