Winamp not yet gone as acquisition becomes likely 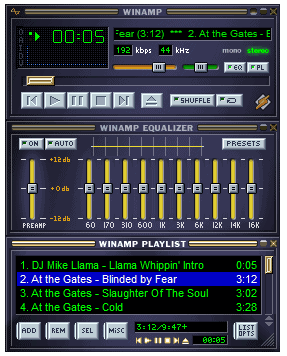 When AOL announced the closure of the Winamp website, media player and the Shoutcast Internet Radio directory back in November 2013, I asked why the company did not make any efforts to sell the brand instead.

Even thought the media player may not be at the height of its game anymore, it is still an established highly popular player and the Winamp name is a recognized brand that goes along with it. And the Shoutcast directory is used by many, both on the web and in third party applications, as a directory for Internet Radio stations.

According to the announcement, AOL planned to shut down all Winamp related services, including the Winamp website and Shoutcast website, as of today, December 20th.

TechCrunch, which is owned by AOL, reports that the shutdown may not happen after all, as AOL appears to be in talks with another -- unnamed company / buyer -- interested in acquiring the brand and all assets that go along with it.

Microsoft was previously named as one potential buyer for the service and its assets, and while Techcrunch could not confirm that it is indeed Microsoft that is in talks to acquire Winamp and Shoutcast, the site noted that its source seemed confident that an acquisition would happen after all.

The source told Techcrunch that the sites would be kept online while talks about the acquisition are undergoing. The most likely explanation here is that the potential buyer wants the websites and services to remain online to avoid any damages caused by a shut down. AOL would certainly be willing to comply with that demand, as it would likely strengthen its position in the negotiation.

We already noted that the shut down has no immediate effect on users of Winamp, as the client version will function just like before. While some features that rely on remote data access may stop working, the majority of features will continue to work just fine.

Downloads remain available on third party download portals, and that is not only true for the application itself, but also for many of the plugins and skins that were created by Winamp fans over the years.

As far as Shoutcast is concerned, a shutdown would not have an immediate effect as well. Other radio directories, Icecast for example, would be used instead by users who rely on directories to find new radio streams.

What if Microsoft is the company that tries to acquire Winamp? How would a media player like Winamp fit into the company portfolio? It is likely that Microsoft is not -- that much -- interested in the music player itself, as Windows Media Player can playback music just fine as well. What Microsoft may be after is the brand, and the Shoutcast directory.

The brand itself has tremendous value as Winamp is still recognized by many as a music player with a long standing history.

What's your take on this? Do you think that Microsoft will make the acquisition, or that another company is after the player and the brand instead. Also, how much do you think all of that is worth, considering that AOL was ready to dump it for nothing.

Martin Brinkmann is a journalist from Germany who founded Ghacks Technology News Back in 2005. He is passionate about all things tech and knows the Internet and computers like the back of his hand. You can follow Martin on Facebook or Twitter
View all posts by Martin Brinkmann →
Previous Post: « Spotify removes 10 hour limit on free accounts
Next Post: A first look at realPlayer Cloud »